A couple of months ago Jules and I were having a good chat over a pint and a pie with a chap who has roughly a thousand times more knowledge about beer and wine than I ever will.  In a moment of constructive criticism he pointed out that although we regularly write about the sensation of shoving various solids in to our gaping cake holes it isn't very often that we mention the liquids that join them and I'm not talking about gravy.  When we dine out we are creatures of habit when it comes to the drinks we choose to accompany our meals, Jules will often go for a gin or rum based cocktail (we do indeed enjoy rum) while I will normally try and get my hands on a beer I've never heard of.  The real rare sight is to see us ordering wine! 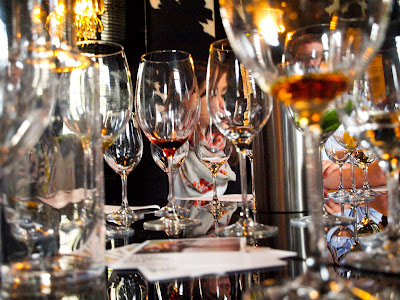 I've had my ups and downs with wine, I've drank amazing tasting wine in dodgy back street restaurants when it's been plonked on the table in front of me but I've also had to endure terrid containers of acidic dish water that have been placed in my hand at posh eateries.  There never seemed to be any logic to it, that's the scary thing.  The price has been no guarantee of good wine in my experience, add to this my own lack of experience and the paranoid perception that either a waiter will either be no help whatsoever or look down his wine expert nose at me and it all just seemed too risky.  To put it simply I was stuck in an uneducated, wineophobic rut going nowhere.  Funnily enough I'd already decided to do something about it when we received an invite to a blogger's event run by Jake at The Cheshire Wine School inviting us to his very first Saturday Wine School event. 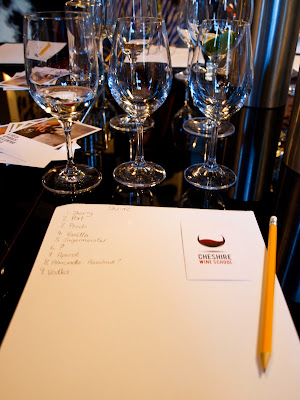 Now this was Jake's first event and he readily admitted that we were in essence guinea pigs for him to test out his experience on so everything contained in this blog post is probably subject to change.  I should also mention for the sake of transparency that we were Jake's guests and so didn't pay for the session but we do hereby promise not to tell any 'porky pies'.  The event was being held at Gaucho which is a restaurant on our list of places we need to go despite the fact it isn't the most vegetarian friendly place in the world. 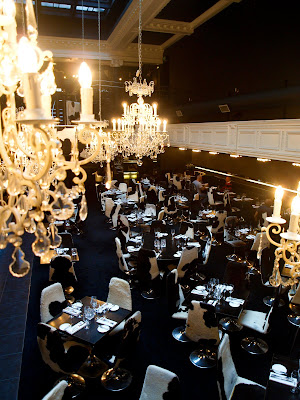 Unfortunately we arrived late which meant we (including Roy and Aida, Jules' mum and dad) had to quickly scoot through the grand dining hall of the restaurant to a cosy back room where Jake and the other guests were waiting for us.  There was a warm welcome and then we were on to our first activity that didn't actually involve any wine.  A variety of glasses were on the table, some were filled with items such as basil leaves which were simply to get the nose going while others were filled with mystery liquids.  These mystery liquids formed the basis of a quick quiz which involved everybody forming pairs and giving them a good sniff before guessing what the flavours were.  We didn't win.  We weren't even close, there were some good noses around that table that's for sure. 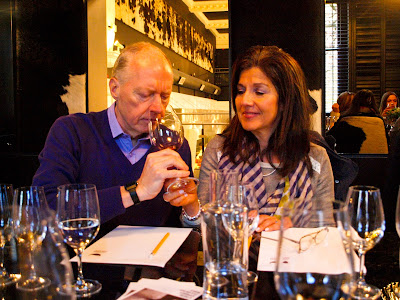 The main crux of the Saturday Wine School is, unsurprisingly, learning about wine.  The topics covered include (but are not limited to) how wine is made, how to 'taste' wine, some basic food & wine matching and the banishing of some common wine myths.  As and when appropriate Jake produced a bottle of wine and tasting commenced which reinforced the topics just discussed.  I have to say that the wine flows quite freely, there is no shortage of opportunity to taste the great wines that are offered here and you aren't pressured to take a sip of wine then place the glass on the table patiently waiting for a lesson to be completed before going back for another tipple.  The atmosphere is very relaxed and you will find yourself drifting between the wines in front of you as Jake continues his captivating bursts of information challenging yourself to confirm to your mouth what your ears are hearing.  I think the success of events such as this are entirely reliant on the delivery of the information, it could easily be very dry and boring but I'm happy to say that Jake is an experienced and knowledgeable wine buff who delivers his material in a friendly, relaxed, conversationalist manner.  You never felt like you were being taught but you did feel like you were learning, an achievement in itself. 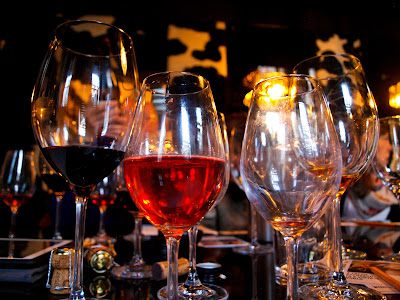 So the quizzes continued and the wine flowed and then suddenly it was lunchtime.  It is a little vague on The Cheshire Wine School website as to what you are going to receive for lunch, it simply states a 'light Argentine lunch'.  I think they may be doing themselves a dis service with that description.  For starters we received a plate of 'pan de queso', if you've never had these South American treats you haven't lived, I'm serious YOU HAVEN'T LIVED! 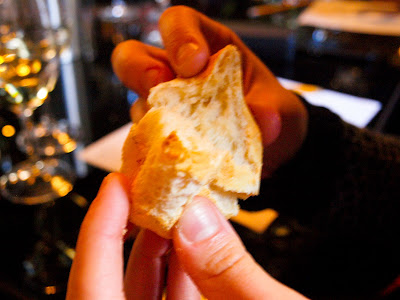 When we went to Colombia the temptation was to buy a portion every hundred yards as they are readily available, the temptation now is to go to Gaucho at every opportunity to indulge in these sweet and savoury cheese delights.  Meat eaters received a fantastic steak sandwich accompanied by fries, simple but a perfect partner to the Malbec red wine which was our favourite of the day, we even procured a bottle to take home with us to save for Christmas.  Vegetarians were catered for with a stilton risotto which I am reliably informed was delicious. 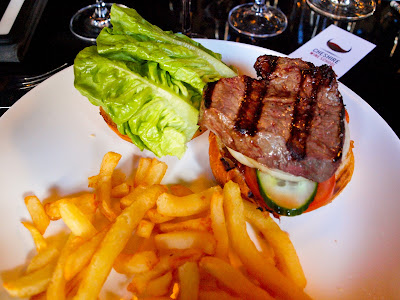 In the afternoon the already laid back atmosphere was a little bit more laid back as everybody now knew each other and had been tasting wine for some time now.  This didn't detract from the experience at all, it was a great atmosphere and there was simply a lot more interaction with the attendees while Jake's content was mostly based around answering the questions that cropped up which he dealt with admirably.

It's quite a simple summary that we come to now.  The food was good, the wine was lovely and the experience was brilliant.  Obviously we didn't pay to attend but at the price of £52 we thought it was good value, even just looking at the wine and food that is included its a fair price but that isn't taking in to account the added value of Jake's presence.  Either way we were so impressed that we will be making every effort to get to the new courses Jake has planned especially the event focused on food and wine pairing, something we are really interested in. 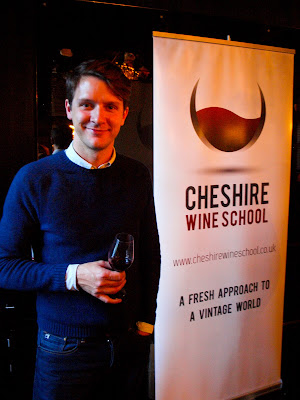 We weren't the only ones who had a top time, Roy and Aida said they loved it, I can't imagine many people exist who wouldn't go along and enjoy themselves.  The strength of the event really is that the information is well pitched to appeal to beginners while avoiding patronising those people who already have a little bit of wine knowledge.  Add to that a top class delivery and I think we have a winning formula here. 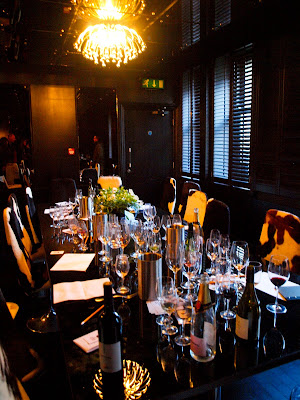 Posted by Bailey at 1:35 PM
Email ThisBlogThis!Share to TwitterShare to FacebookShare to Pinterest