Our friend Si is a really adventurous cook who is really into good spicy food. We recently saw via Facebook that he had made an awesome looking Jerk Fish and felt compelled to investigate immediately. 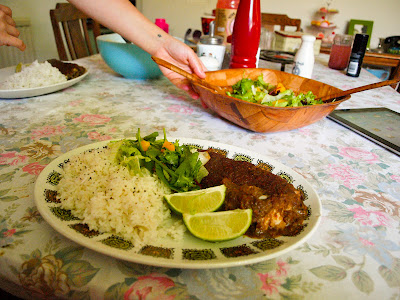 Si explained that he had been trialling a few different jerk marinade recipes and that this was by far the best one he'd made yet. He'd used the marinade on some lovely cod loin. 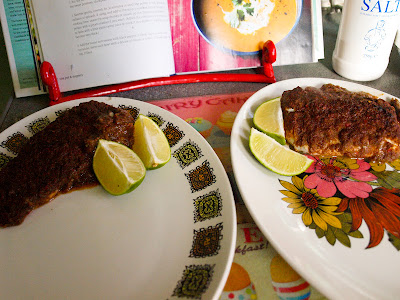 Well the very next day I rushed out to the supermarket and picked up a cod loin as well as all the ingredients for the marinade. I was so excited about putting the fish together that I completely forgot to think about what to have with the fish - on hindsight I'd have loved to whip up a few sides from my Levi Roots book - some plantain or yams perhaps, or at the very least some rice and peas. Oh well, we had to settle for plain rice and salad dressed in plenty of lime juice. 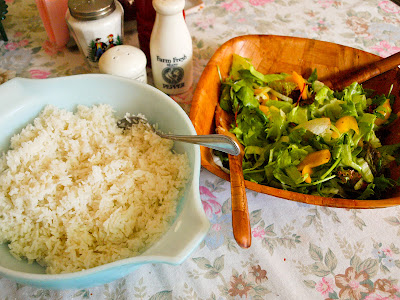 I have to say that the rice and salad turned out to be the perfect accomaniment to the Jerk Fish - the flavour of the marinade was so tasty, sweet, spicy all at once and delicious that it really didn't need anything fancy on the side! Great stuff. 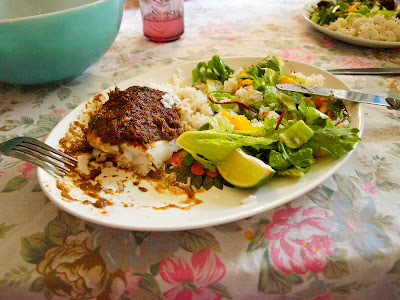 Bailey was slightly concerned that I'd got a bit too excited / marinade happy and put too much of the marinade onto the fish (you could definitely marinate at least twice the amount of fish that we did using this recipe) but I loved having loads as it was quite saucy underneath and went perfectly with the soft fish. 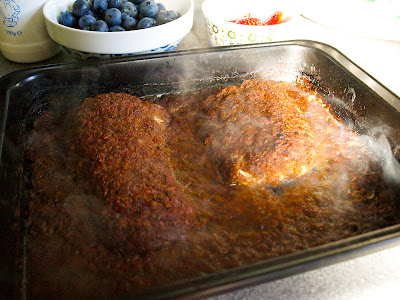 I hope Si doesn't mind me sharing his fabulous recipe (I haven't actually asked him! Oops!) but it's a real corker and you should rush out and try it just like we did. I think I might try this one on the barbie next time, maybe with some lovely prawns! Thanks for this Si, we really enjoyed it! 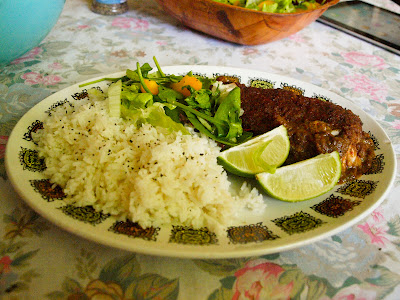 Recipe
Cod loin
2 bunches of spring onions
2 Scotch bonnets (we had other chillis to use up so we did two green, one red)
1 tbsp allspice
1 1/2 tsp nutmeg
1 1/2 tsp cinnamon
2 tsp celery salt

Preheat the oven to 220 degrees C. Chop up the spring onions, including the green part and deseed then chop chillis. 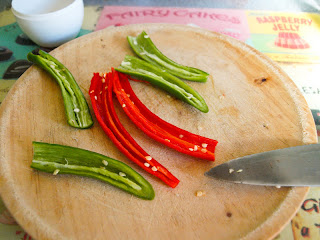 In a large bowl, put the chopped spring onions and chillis and add the allspice, nutmeg, cinnamon and celery salt. Squeeze the oranges. 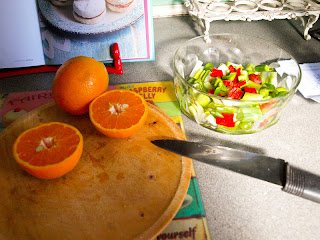 Add the orange juice, vinegar, Maggi and soy sauce to the bowl with the other ingredients and stir. 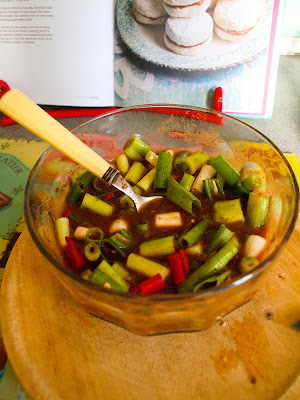 Using a hand blender, whizz up the contents of the bowl into a nice paste. This will now be smelling awesome! 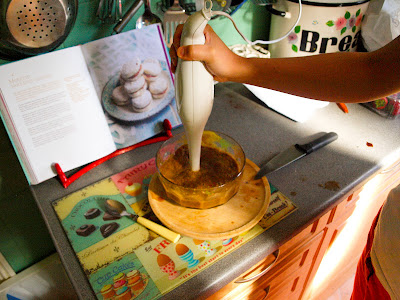 Coat the fish in the marinade before placing in the oven. I suppose it would be best for you to marinate the fish well in advance to intensify the flavours but we didn't and it was still scrumptious. Bake the fish for 15 minutes. 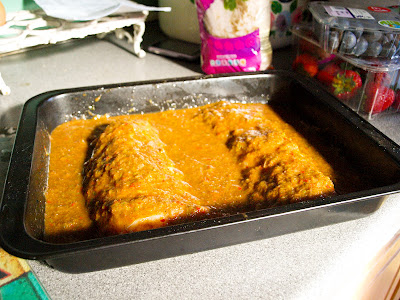 Grill the fish on top for a couple of minutes before serving! Yum! 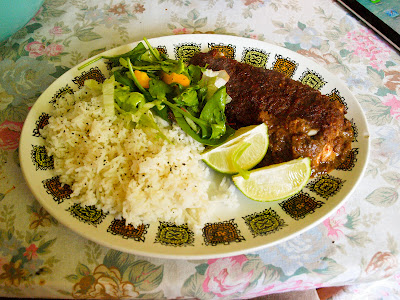 Posted by Jules at 4:55 PM
Email ThisBlogThis!Share to TwitterShare to FacebookShare to Pinterest