A couple of months ago my friend Iain invited a bunch of us over to his flat for dinner. Not only were he and his fiancée (now wife!) Dani the most excellent hosts, Iain made the most amazing tapas and we were all super impressed by his fantastic cookery skills. Among other amazing Spanish treats, he made us the most incredible bread which looked amazing and then completely blew our socks off when we bit in to it to discover it was stuffed with Pata Negra jamón ibérico and Manchego cheese both purchased no doubt rather expensively from The Cheese Hamlet. He'd even made me a little meat free corner - what a legend, this was the best bread I'd ever eaten. 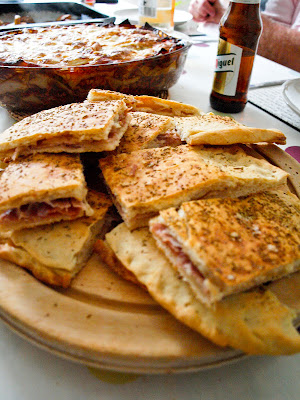 Pretty much as soon as I awoke (hungover as usual when Iain has been involved) the next day, I was pestering him for the recipe. I was even more impressed to be told that he had actually made the recipe up himself by adapting a Delia recipe. Awesome! 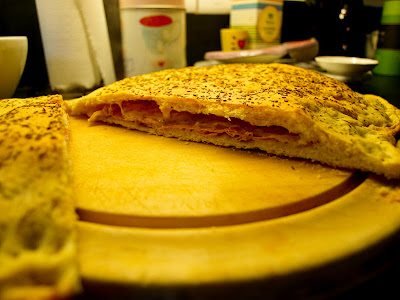 I'd been sitting on this recipe for a while but the perfect opportunity to make it cropped up last week when we were at my parents' house. My auntie Patricia and uncle Dave were coming over for dinner and Bailey and I decided to cook a lasagne. As I'm sure people are pretty much fed up of me always making them eat my veggie food, I decided I would whip up something meaty to go on the side and this bread seemed like an excellent idea. 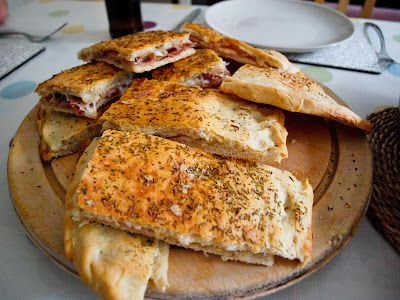 As the rest of the meal was Italian, we decided we would use Parmesan instead of the Manchego and Proscuitto instead of the Pata Negra. But I will definitely be going back to Iain's original recipe next time we have a tapas night. 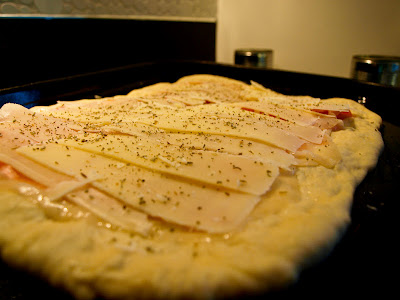 The bread went down really well at the dinner, Roy was munching away saying it was beautiful and Bailey described it as "salty deliciousness". An absolute cracker of a recipe, thanks Iain! 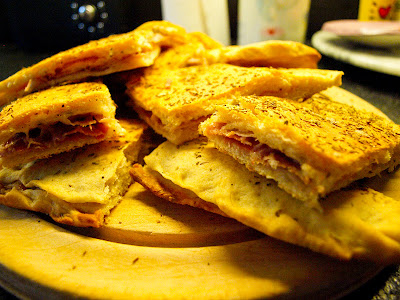 Mix together the flour and yeast with a pinch of salt. Add the water and a glug of olive oil and mix together to form a dough. 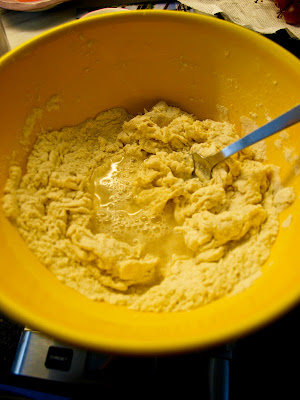 When the dough has come together, take out of the bowl and knead for 10 minutes. 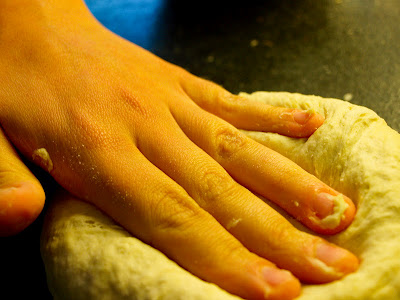 Pop the dough back into the bowl and coat with a little olive oil so it doesn't stick to the sides. 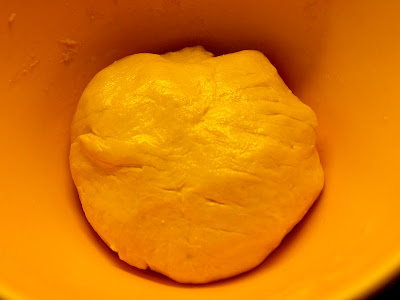 Cover the bowl in cling film and leave in a warmish place for an hour to prove. 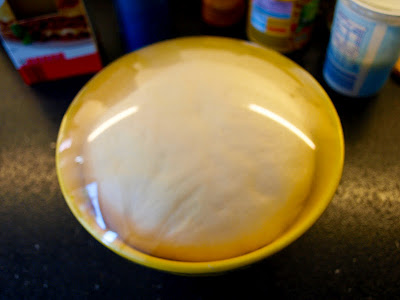 Once the dough has proved, take it out of the bowl and knock it back. Cut the dough into two and roll out into two rough rectangle shapes. Put the first of the two rectangles onto the baking tray you intend to cook the bread on. 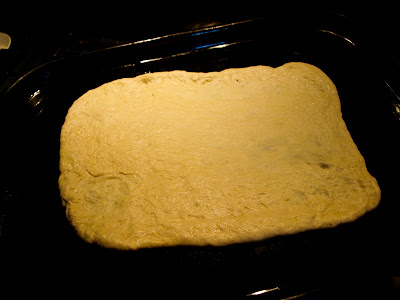 Place the proscuitto evenly onto the dough, leaving a bit of space at the edges about half an inch. 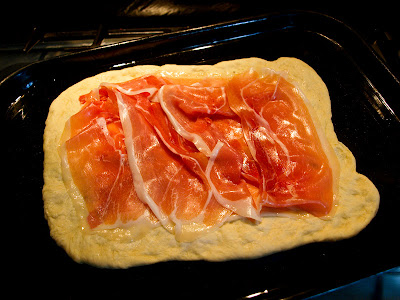 Shave the parmesan into thin slices and place on top of where you have put the proscuitto. 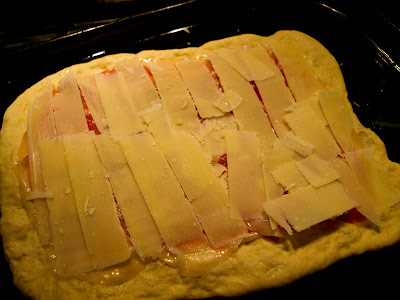 Sprinkle the top of the cheese with the sage and some black pepper. 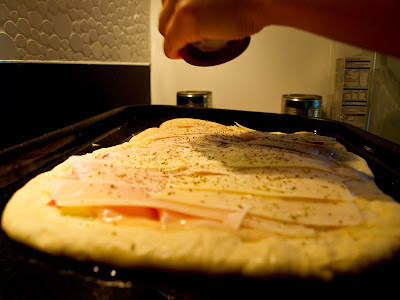 Put the second rectangle of dough on top of the first rectangle and pinch the edges together. Cover with cling film again and leave for 30 minutes. Preheat the oven to 200 degrees C. 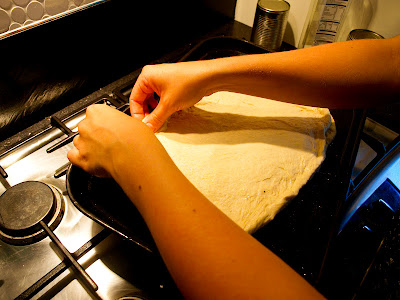 Drizzle the top of the bread with a little olive oil and spread it out with your hands. Top with sea salt flakes and dried rosemary. 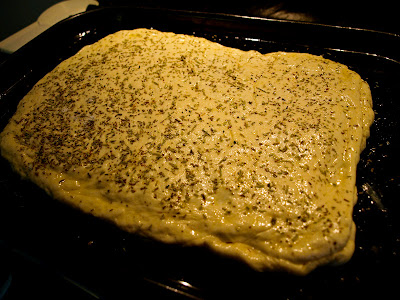 Put the bread in the oven and bake for 25 minutes or until golden on top. 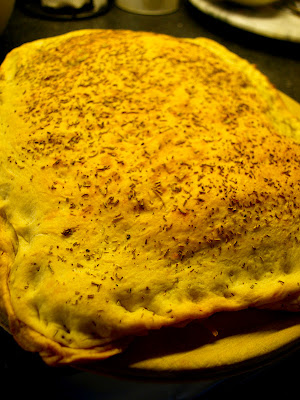 Cut up into large slices and serve with your favourite Italian meal or as part of an antipasti-tastic party. Yum! Thanks again Iain! 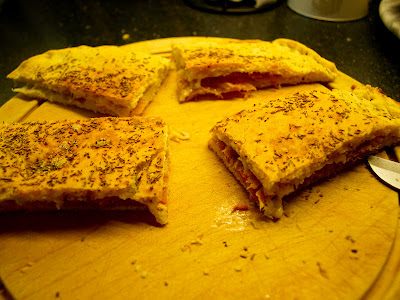 Posted by Jules at 4:42 PM
Email ThisBlogThis!Share to TwitterShare to FacebookShare to Pinterest