Probably my favourite food when I lived in Peru was Papa a la Huancaína. I loved it so much that when we made friends with a Peruvian chef in a nightclub and she offered to come over and show us how to make some Peruvian food, I snapped up the opportunity! 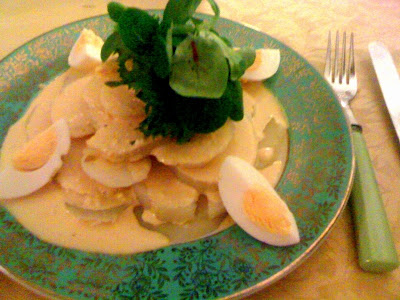 Strangely it is a dish that looks and sounds gross and probably should be really gross but it's really nice. It's made from Peruvian yellow Aji Amarillo chillis and queso fresco cheese (in England I use feta which works fine), blended into a sauce using saltine crackers. Sounds odd, right? Well actually it is very nice!! 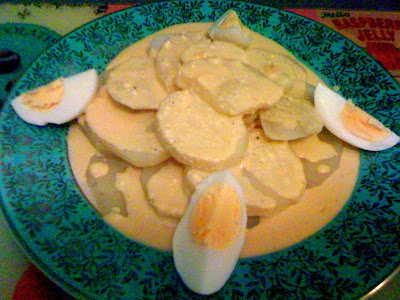 When I lived in Peru it was my very favourite lunch to have Papa a la Huancaína on the side of Tallarines Verdes. A super delicious combination - and who can argue with having two carbs on a plate eh? 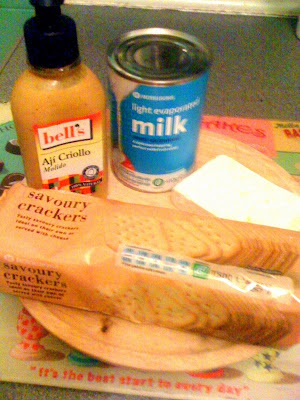 Aji Amarillo is a lovely, mild chilli that has a really distinctive, peppery flavour and you can't really make Huancaína sauce without it. I am really lucky to have an auntie who works in the United Nations and can get her mitts on products from all around the world so she keeps me topped up on Aji Amarillo chilli paste but you could try South Devon Chilli Farm who do dried whole Aji Amarillo chillis and for something like 2 months a year even sell them fresh! 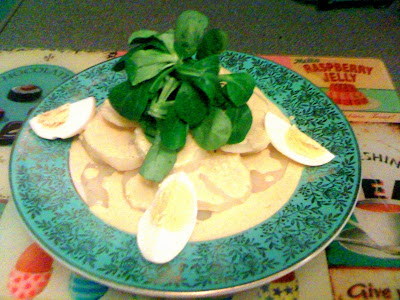 Put a pan of salted water on to boil. Meanwhile, peel and slice the potatoes. 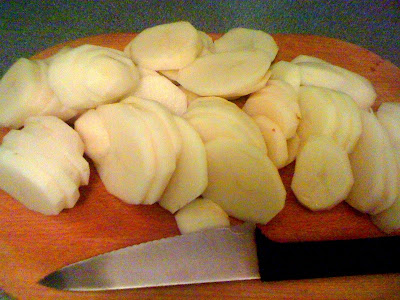 Add the potatoes to the boiling water and cook until just going soft. Don't let the potatoes overcook, you don't want them falling apart and they need to be very slightly al dente. 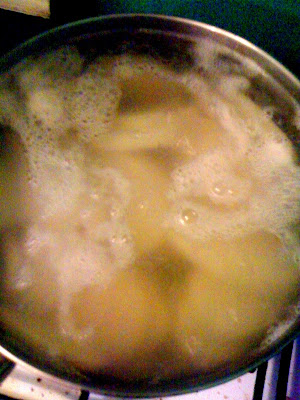 Drain the potatoes and leave to cool. They don't need to cool completely as the Papa a la Huancaína tastes nice when the potatoes are still on the warm side but it is traditionally served cold. 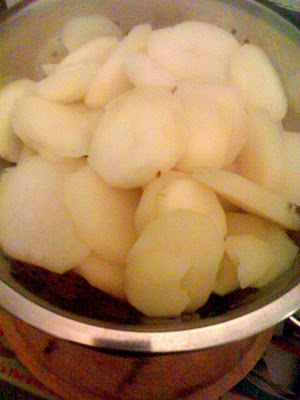 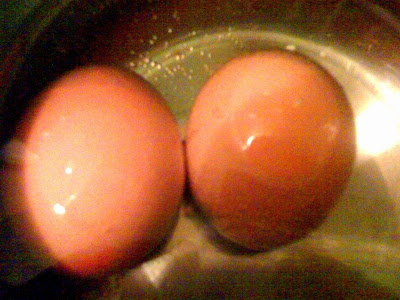 Meanwhile make the Huancaína sauce. Add the evaporated milk and aji amarillo paste to a large bowl. Break the crackers into the bowl and crumble in the feta. 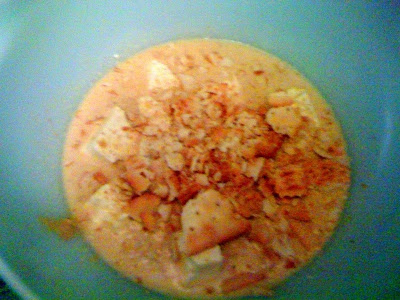 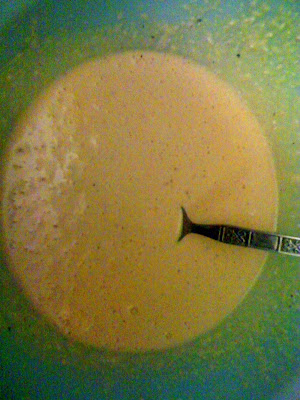 Leave the sauce to stand for a little while and if you have time refrigerate it, if you have managed to get your hands on some proper saltine crackers the sauce will thicken up really nicely in this time. 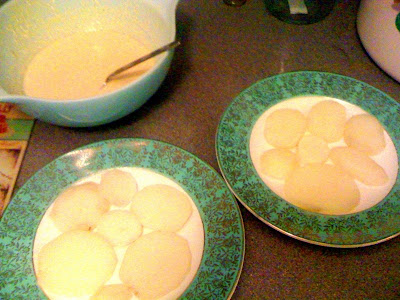 Meanwhile layer the potatoes onto the plate in a nice pile. Cover the potatoes with the Huancaína sauce. 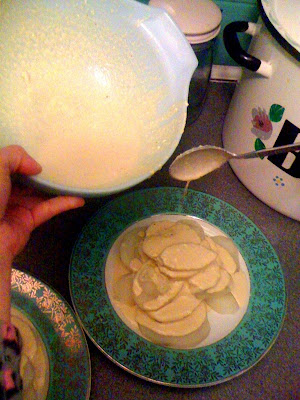 Normally in Peru they serve seem to serve the Papa a la Huancaína on a bed of lettuce and sometimes black olives and boiled egg. I decided to try and make mine look fancy with a nice bit of lettuce on top of the pile and quarters of boiled egg. 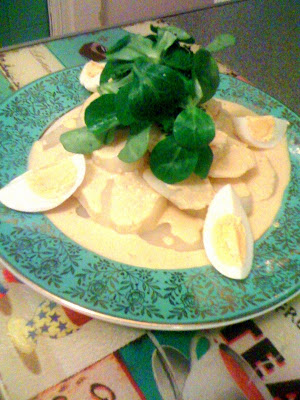 Serve on it's own or next to a steaming hot pile of delicious Tallarines Verdes! 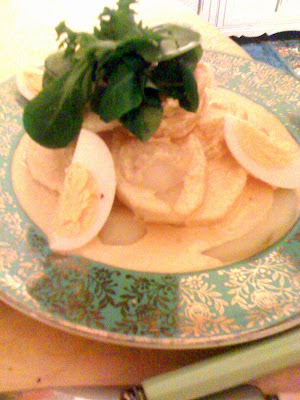 Posted by Jules at 5:22 PM
Email ThisBlogThis!Share to TwitterShare to FacebookShare to Pinterest