So imagine my joy when today my order from South Devon Chilli Farm arrived! I only ordered the chillis on Tuesday! 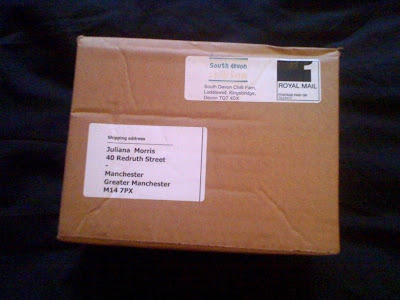 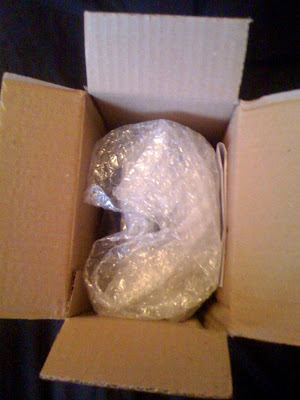 Of course I waited until Bailey was in the room to open the box. He was excited too, particularly when an amazing spicy chilli smell filled the air. 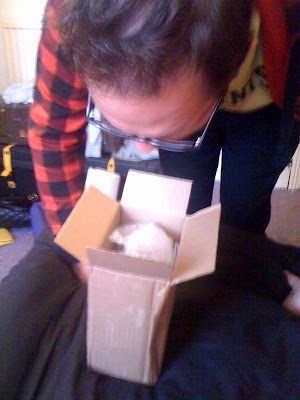 Inside my box were a packet of Pimientos de Padrón: Spanish peppers that are kind of like mini green peppers. I got into these bad boys when I lived in Barcelona and ate a loooot of tapas. They are often the star of a good tapas meal - served salty, oily and slightly charred. The best thing about them is that only some of them are hot so you never know if you're going to get a hot one or just a normal one. They're delicious either way. Interestingly I saw Dhruv Baker of Masterchef fame tweeting to celebrate the moment he had his first hot pimiento de Padrón just the other day. 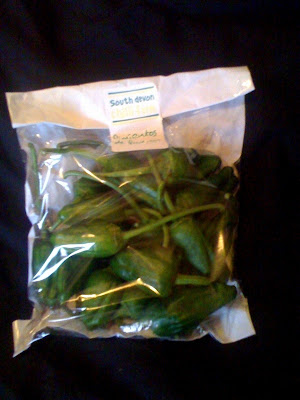 I also ordered a bag of dried Aji Amarillo chillis. These are the main flavour in one of my favourite Peruvian dishes, Papa a la Huancaína. I had known that South Devon Chilli Farm did dried aji amarillo pretty much since I got back from Peru but had thought that the flavours of the dried chillis wouldn't be quite right. Also, my auntie brought me some Aji Amarillo chilli sauce that worked quite well the Christmas before last. However, I then found this article on Serious Eats saying that the dried ones are the best to use, other than fresh obviously. But then it turns out South Devon Chilli Farm sell the fresh ones in October and November anyway! Date for the diary. 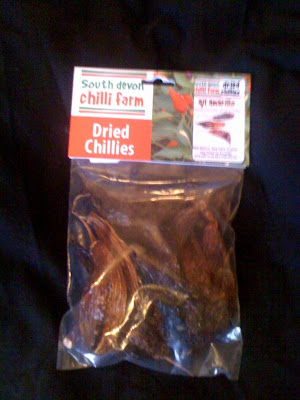 Posted by Jules at 9:28 PM
Email ThisBlogThis!Share to TwitterShare to FacebookShare to Pinterest