On Saturday Bailey and I met up for a yummy lunch with two lovely ladies: Kate and Rebecca, who was in Manchester for the weekend. 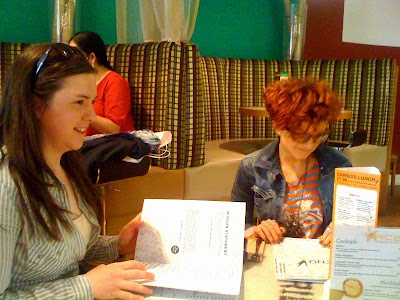 Following all the talk of sushi that had been flying around in the previous weeks I was actually GAGGING for a bit of Japanese food so was rather excited when Rebecca suggested we go to an Oriental fusion place called Rice just off Oxford Road.

Our first impressions were of a tastefully decorated, simple restaurant interior with a very 'fresh' and modern feel to the place. 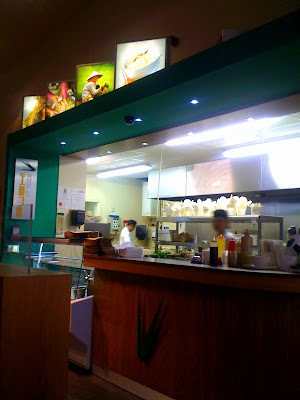 However, Rebecca and I did also discover a little hidden treasure on the way to a loo trip - the "decadence" room at the back of the restaurant which had its own private bar and could be booked out for parties and had a completely different feel to the rest of the place. Very intriguing! 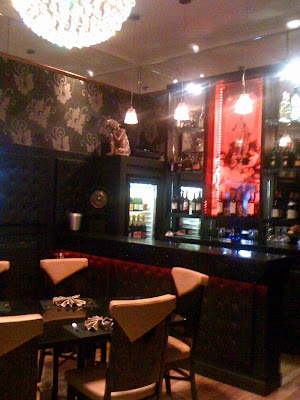 Anyway, onto the food. My first thought when I looked at the menu was that there were far too many options to possibly choose from. On further inspection however, the menu was actually quite well laid out and easier to follow than I had originally thought, but I don't think it helped that they had decided to list all the drinks at the front of the menu! Despite there being an absolutely massive selection of delicious-sounding curries, noodle dishes and grills, I decided to go for the separate sushi menu as I had been dreaming of eating sushi for ages! However, I knew at the time that this was a bit of a risk given that sushi wasn't really the restaurant's speciality and I could see that it wasn't going to be prepared to order as it was all on display in the fridge at the front of the kitchen! Anyway I knew I had to have it so went for a mixed Sushi Platter.

Kate also went for a bit of sushi - a selection sashimi to be precise with some soup, Bailey ordered a Thai Red Curry and Rebecca went for a Jerk Chicken Rice dish. 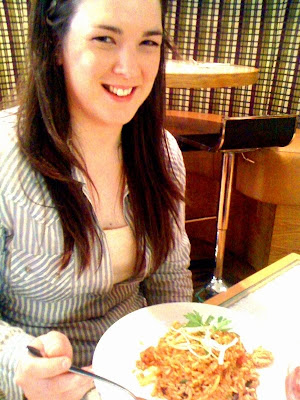 I was really happy with my sushi as I was given a really nicely presented selection of different nigiri and maki. It didn't matter a bit that they hadn't been prepared there and then as it still tasted really fresh. I also tried a bit of Kate's sashimi which was lovely too. 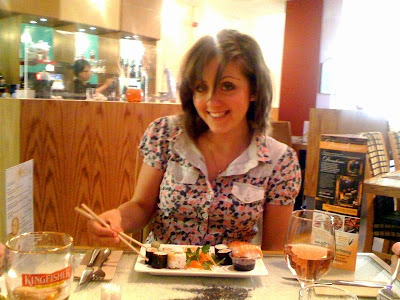 Bailey enjoyed his Thai Curry although he thought it was too sweet, not quite hot enough and with some pieces of dry chicken. He did however think it was really tasty despite these complaints. 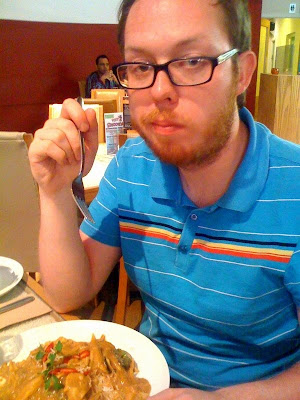 I think Kate and Rebecca also both enjoyed their meals - well I didn't hear any complaints from them! Kate was saying that her sashimi was really filling which was interesting as we had been having a discussion just earlier about how surprisingly filling fish can be. 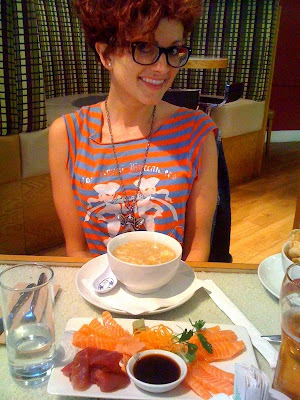 We did thoroughly enjoy our trip to Rice and I think this would be a really good restaurant for a large group of people with different tastes because there is so much to choose from. Also, as it is quite reasonably priced and located just off Oxford Road it's perfect for students who want a quick lunch.

I'm not sure however if I would go there for a very special occasion or for an evening meal- it felt more like a lunch place. Then again, I haven't had the pleasure of dining in the 'decadence room' just yet!

Anyway whatever they did it must have been good as they inspired me to spend a lot of the next day learning to make sushi - the result being enough sushi to feed a small army... 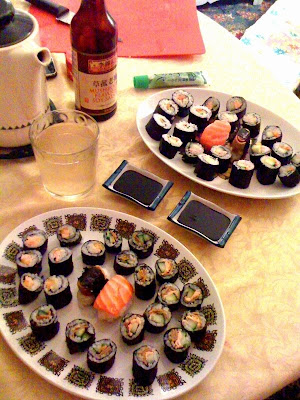 ...so thanks for that, Rice! More sushi adventures are definitely just around the corner so watch this space!

Posted by Jules at 10:01 PM
Email ThisBlogThis!Share to TwitterShare to FacebookShare to Pinterest