Last Sunday's Pizza Sunday adventures were very exciting partly because what we made was not technically a pizza - it was a Tarte Flambée. 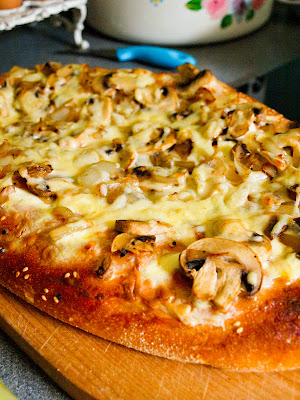 Although we'd both heard of Tarte Flambée before, we became particularly taken with the idea of making one when my mum's French friend from the Alsace region came to visit a few weeks ago. Her tales of this delicious thin bread topped with lardons and onions, apparently traditionally made when bakers wanted to test the temperature of their ovens, were so enchanting. 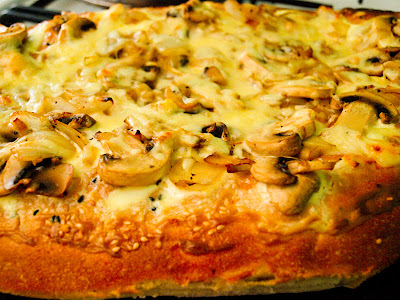 So we pencilled Tarte Flambée in for Sunday, snapped up the necessary ingredients and had overnight pizza dough making on the agenda. 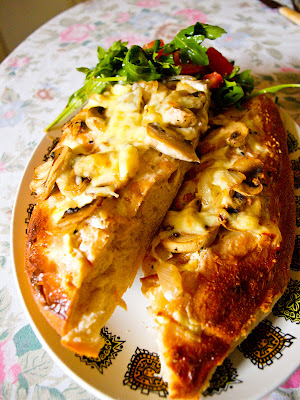 That was until we visited Levenshulme Market the day before and spotted the most amazing looking pide breads for sale from Mininki's Kitchen. 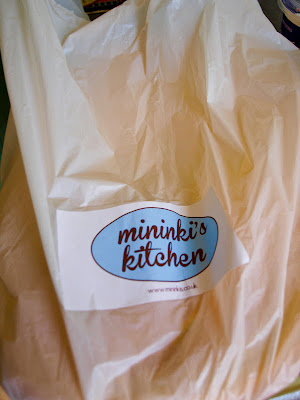 This pide bread looked so good and when we tasted some dipped in the Mininki's Coriander Pesto it was a game changer. So we tried to think of an excuse to buy the pide when Bailey suggested we could use it as an unconventional base for our Tarte Flambée! Genius. 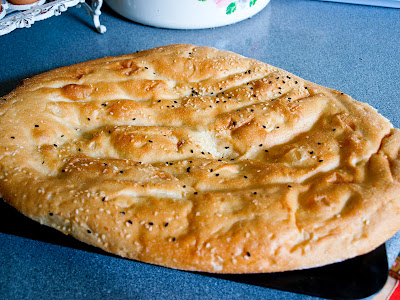 We decided to go for a Tarte Flambée Forestière, which according to Wikipedia replaces the lardons with mushrooms. This suits me being a non-lardon eater and all. 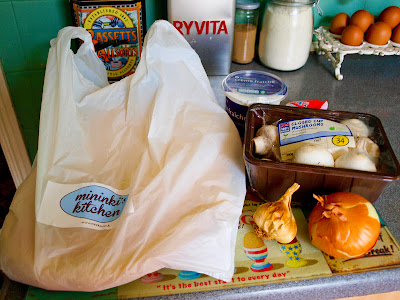 Another exciting ingredient we had was some smoked garlic that we'd picked up at Épicerie Ludo in Chorlton so we decided to use that too. 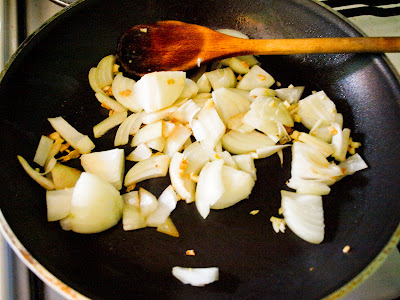 We started by chopping and frying up the onion and smoked garlic for a few minutes before slicing the mushrooms and adding them to the pan too, until soft. 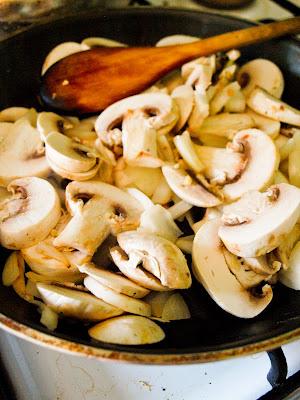 In the meantime I spread the pide with about 5 tablespoons of crème fraîche. 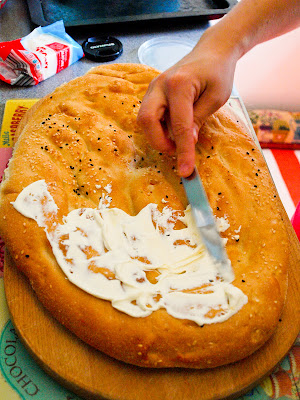 I then spread the pide with the onions and mushroom topping.

Even though Tarte Flambée doesn't traditionally have cheese on, we decided to put a light sprinkling on for good measure. 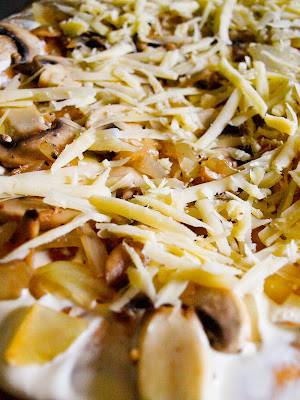 I put it in the oven at 200 degrees C for about 15-20 minutes, or I guess until it looked nice and toasty. Bailey made us a lovely salad which we served the Tarte Flambée with. 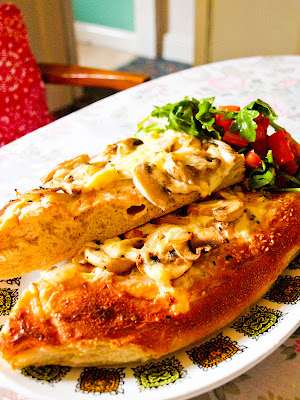 We loved this Pizza Sunday, to quote Bailey "I couldn't get enough of it". We thought the pide bread was great and will definitely be returning for more of Mininki's produce. We really look forward to making another Tarte Flambée too, maybe a more traditional one next time!

Posted by Jules at 9:09 AM
Email ThisBlogThis!Share to TwitterShare to FacebookShare to Pinterest