As regular readers of the blog may well know, I'm a little bit obsessed with Peruvian food. I lived there for six months and the Peruvians were so passionate about food and so proud of every single one of their traditional dishes. It definitely rubbed off on me. 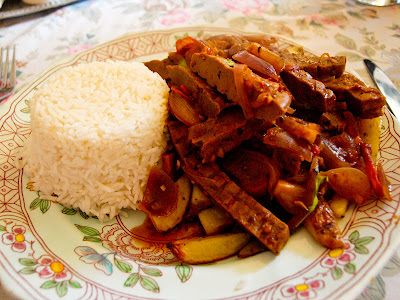 The great thing about many Peruvian dishes is that they do not mess about when it comes to carbs. Most of them come with at least two portions of carbs. Potatoes and pasta on one plate? Perfectly acceptable. While living in Peru one of my favourites of the two-carb wonders was Lomo Saltado. Lomo Saltado is served with possibly my favourite carbs - white rice and chips. The rice always seems to be served in the cheesiest fashion possible - turned out of a ramekin. The chips are covered in the most delicious, rich meaty sauce comprising chopped steak, tomatoes and red onions. 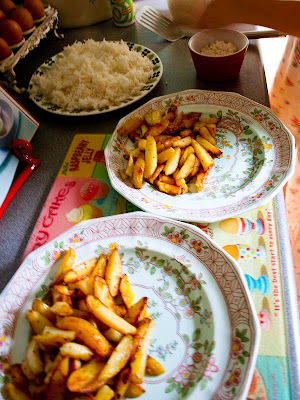 Obviously I couldn't really eat Lomo Saltado while in Peru due to the fact that it is full of steak. Being the worst veggie ever, the canteen at my school knew that I would happily eat a plate of Lomo Saltado with the steak bits removed, in fact that was one of my favrourite lunches. 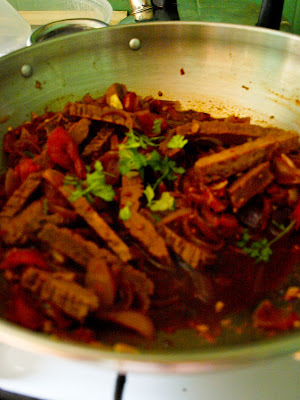 When visiting, Bailey thoroughly enjoyed a few Lomo Saltados too, the best one being at El Bolivariano near my house in Pueblo Libre where we had the most lovely Friday nigh meal just the two of us. One night Bailey and I tried to cook up a veggie Lomo Saltado for my housemates using mushrooms instead of meat which turned out pretty good. However since returning to England, we've made this using Quorn quite a few times and it turns out very nice. I'm sure not as nice as the real thing, but still nice, particularly since we started adding a tablespoon of Maggi to the sauce to make it a bit meatier. 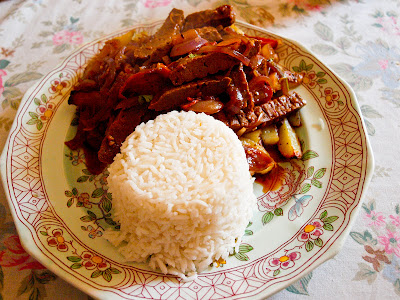 The Lomo Saltado we made the other day turned out very lovely - probably the best we've made yet. However, the only problem was our coriander plant had died a death without us knowing so unfortunately it didn't have as many lovely coriander bits in and didn't look as pretty as it does when there are flecks of green in it. Still no matter how your Lomo Saltado turns out, there are few things in life as tasty as a Lomo Saltado soaked chip... 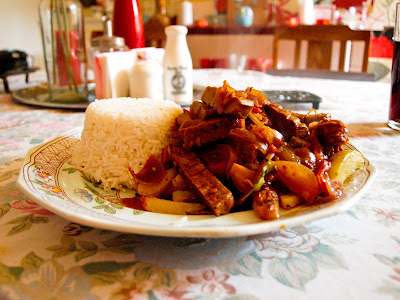 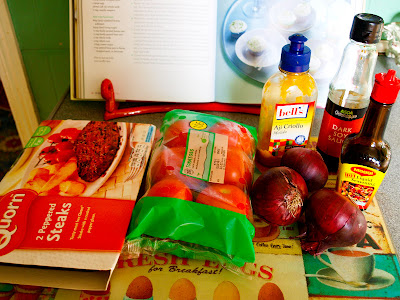 Place a large frying pan or wok over a medium heat. Slice the onions and chop the garlic before adding to the pan and leaving to get a bit of colour. 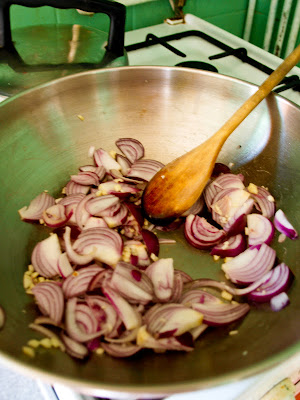 Meanwhile, slice the tomatoes before adding them to the pan too. 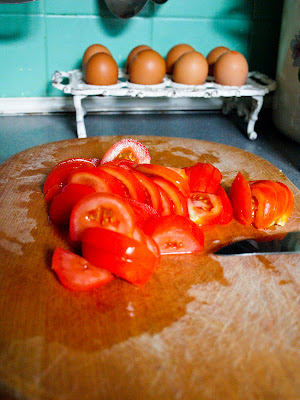 Chop the 'steak' into strips. Then add to the pan with the soy sauce, Maggi and aji amarillo, stir well and reduce the heat to low. Cover the pan with a lid and leave to cook until everything is soft and cooked through but not mushy. 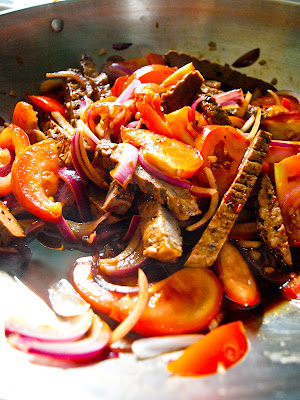 Meanwhile, get your rice and chips ready to serve. Make a nice big pile of chips on one half of the plate and fill a ramekin with rice before turning out onto a plate - super cheesy but I wouldn't see it served any other way! 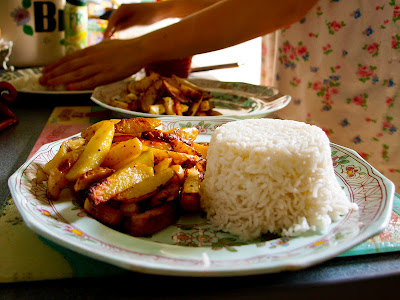 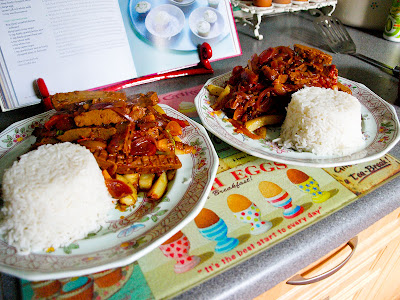 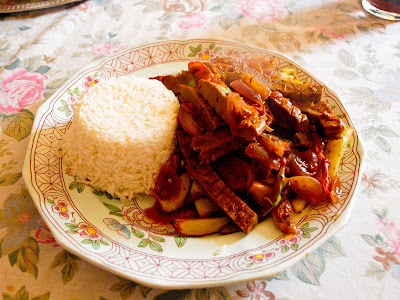 Posted by Jules at 10:18 AM
Email ThisBlogThis!Share to TwitterShare to FacebookShare to Pinterest