I recently decided it was time to make my old favourite Crispy Lemon Cake as per my lovely late nan Gwen's recipe. However, me and my cake-mad friend Hayley had been discussing ideas for sexy 80's party cakes (Bake-O-Rama meets Club Tropicana, coooooo-ooooool) in a rather worrying amount of detail. We'd set each other a challenge to bake up a storm and send each other pictures so I decided to go with the 'If it ain't broke, fill it with lemon curd and cover it in buttercream icing and 4 tonnes of sweeties plus glitter' approach and give Gwen's cake the ultimate makeover! 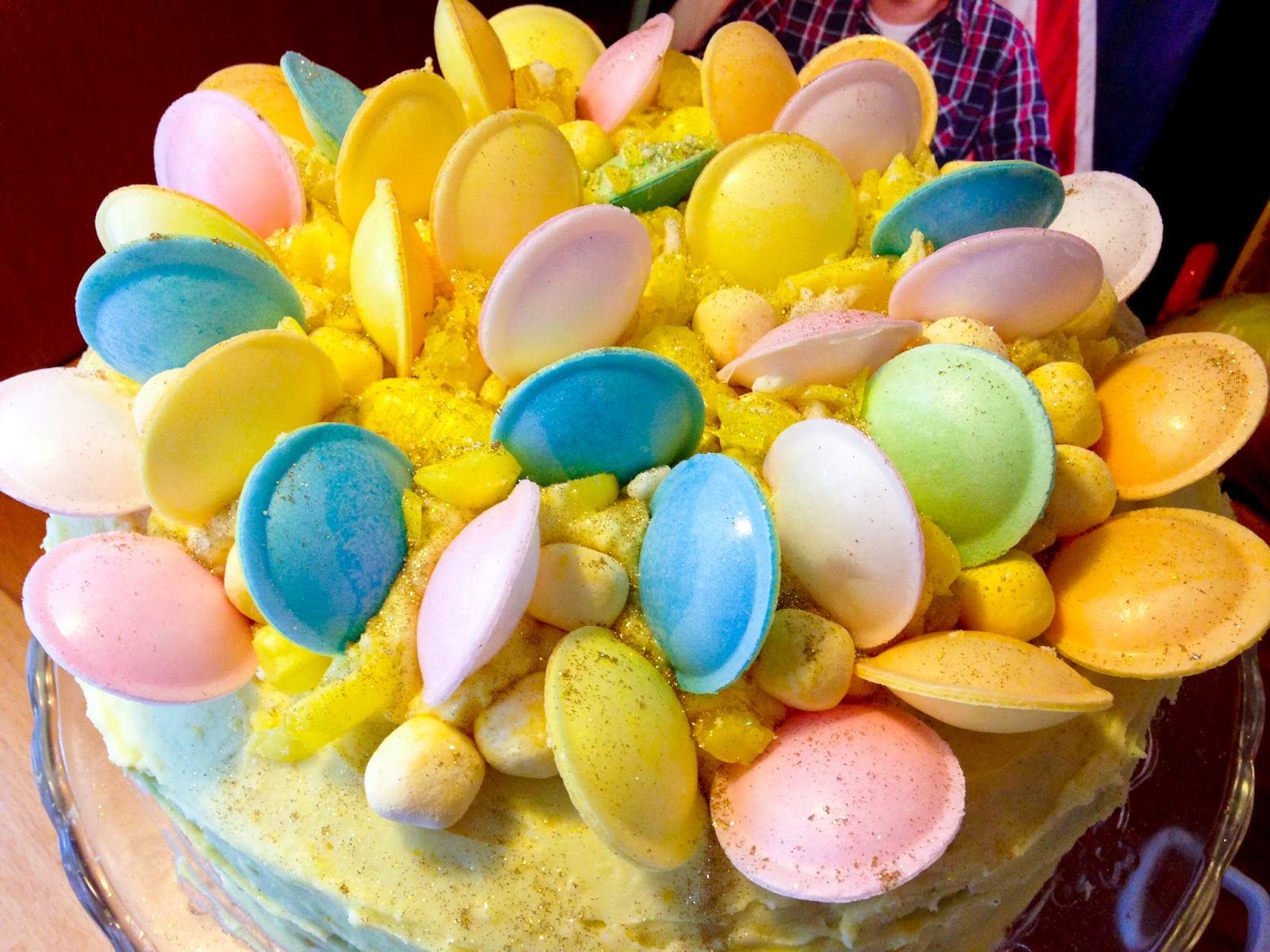 As with many things, some of the best and most inexpensive sweeties can be found in the Arndale Lower Food Court's Pick N Mix stand, and I was delighted to purchase loads of lemony sherberty sweeties for just a couple of quid. 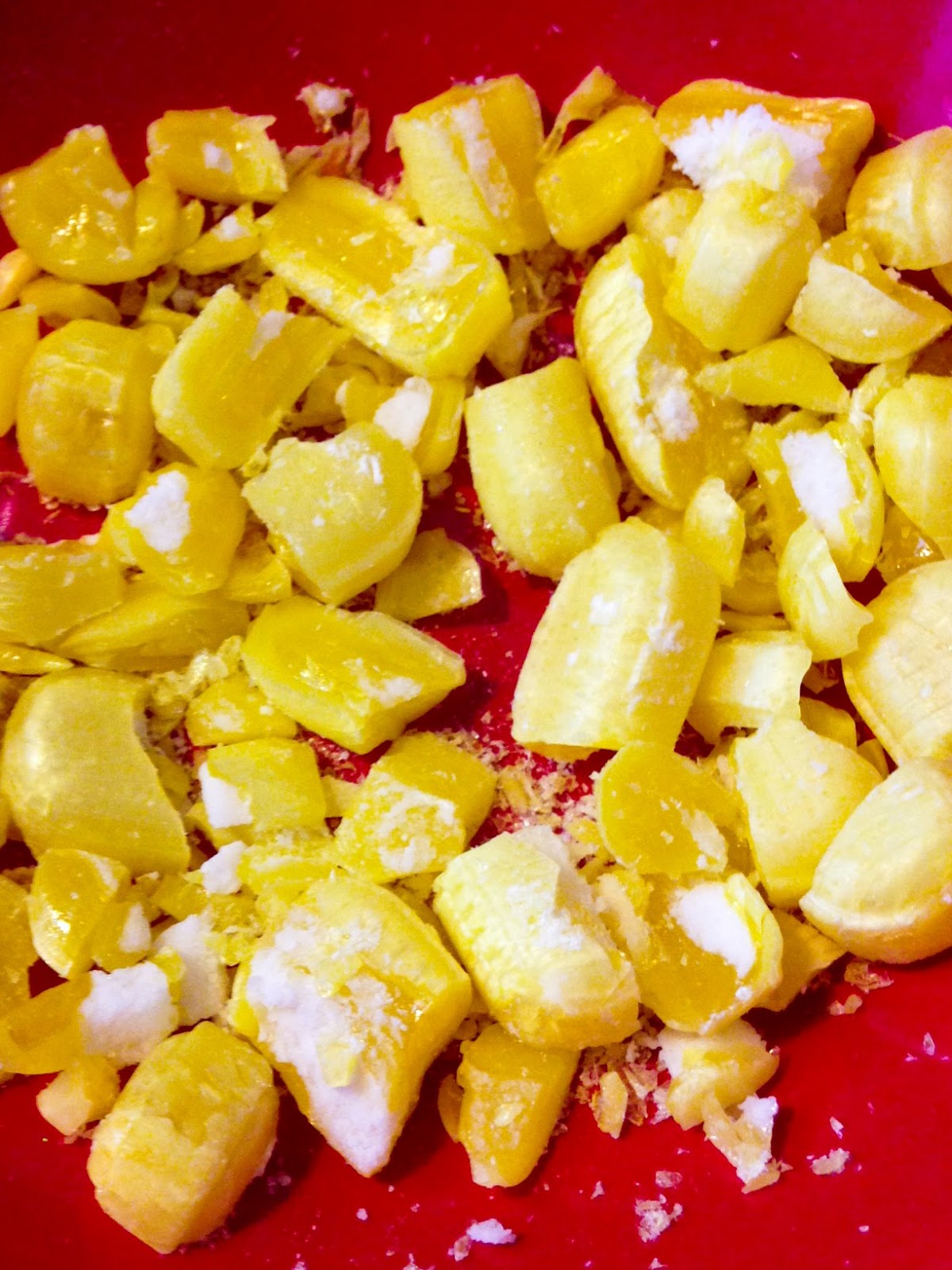 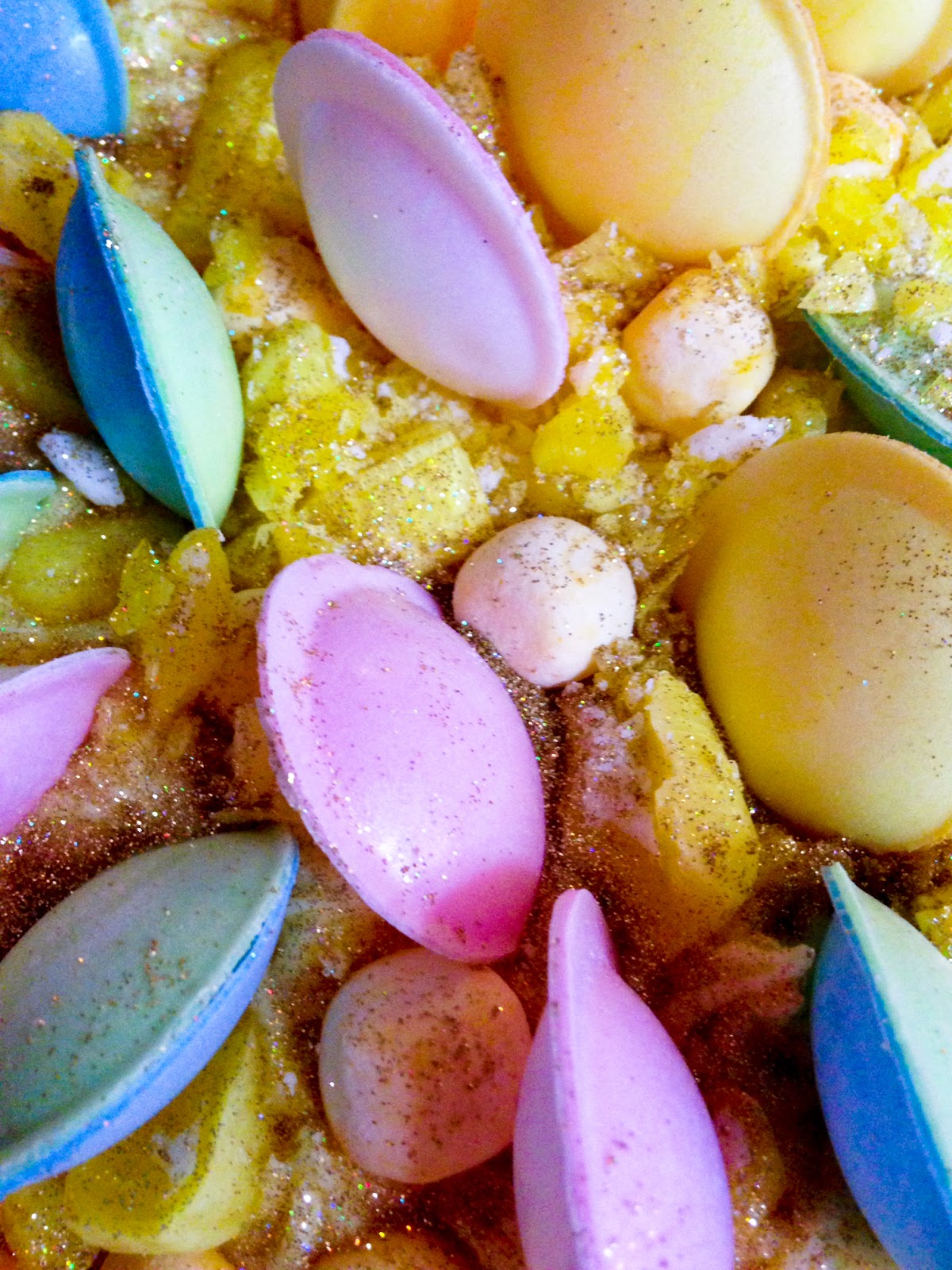 The cake looked pretty good even if I say so myself and it tasted crazy/delicious, although I'm pretty sure one bite was enough to send me into a debilitating sugar coma for the evening. The beauty of Gwen's original recipe is that it's very moist and super lemony. My dad was the cake's biggest fan, declaring "I could eat this until I was sick". Thanks Dad... 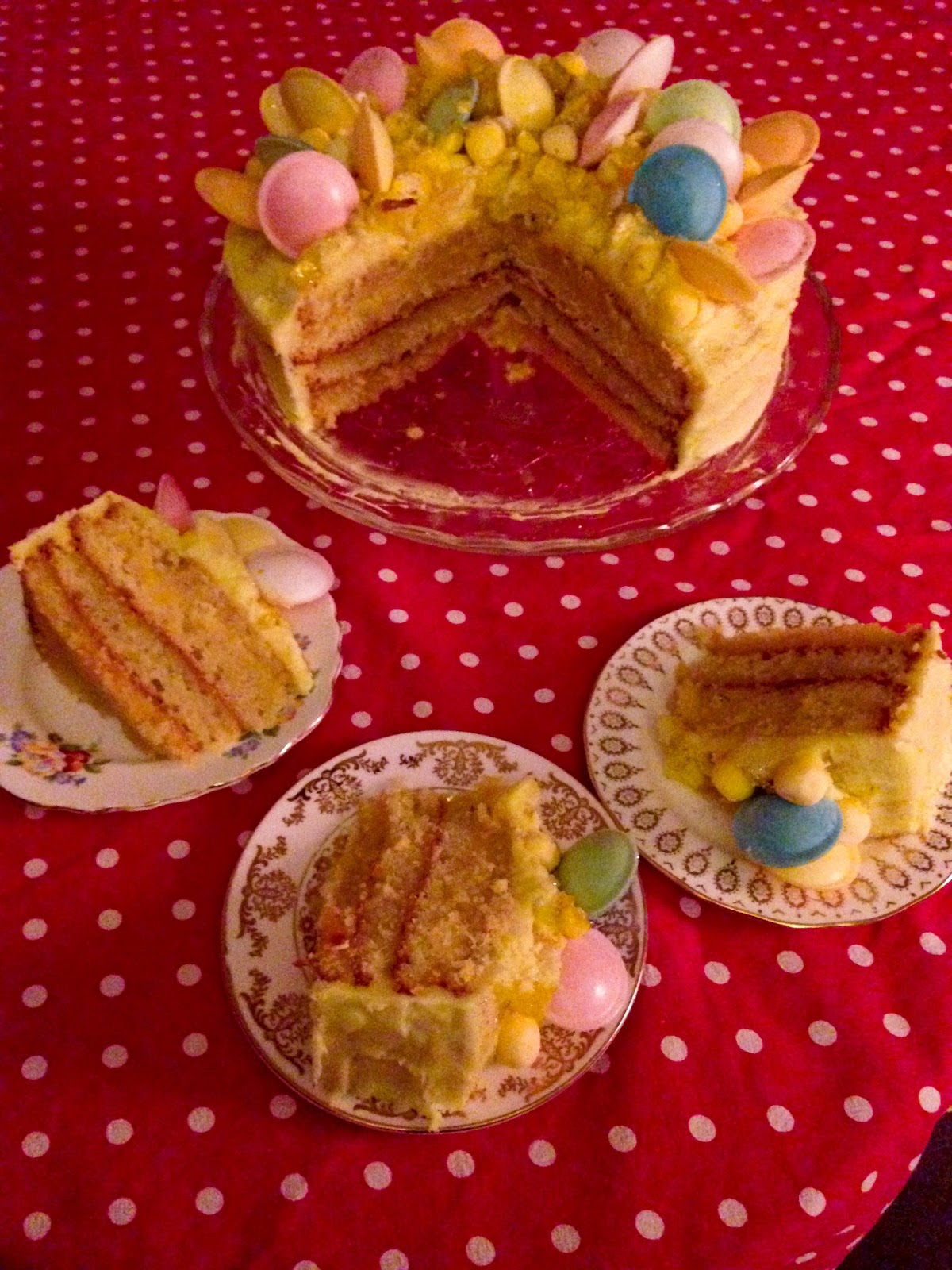 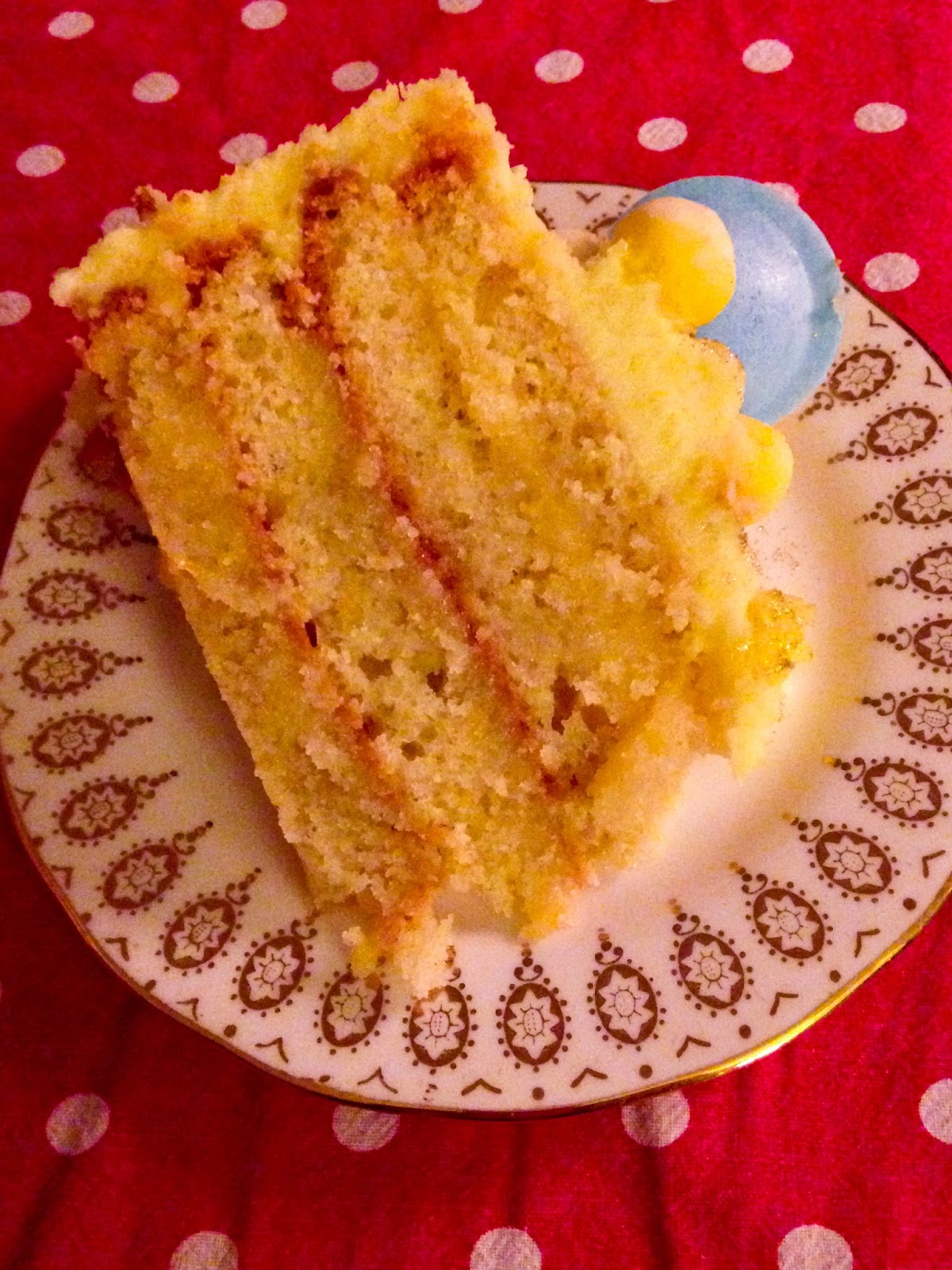 For the cake:
Follow the recipe for Gwen's Crispy Lemon Cake. Only difference is you need to divide the cake mix between two tins. Then when baked, carefully cut the sponge into four rounds before adding the crispy lemon drizzle mix to all four layers. 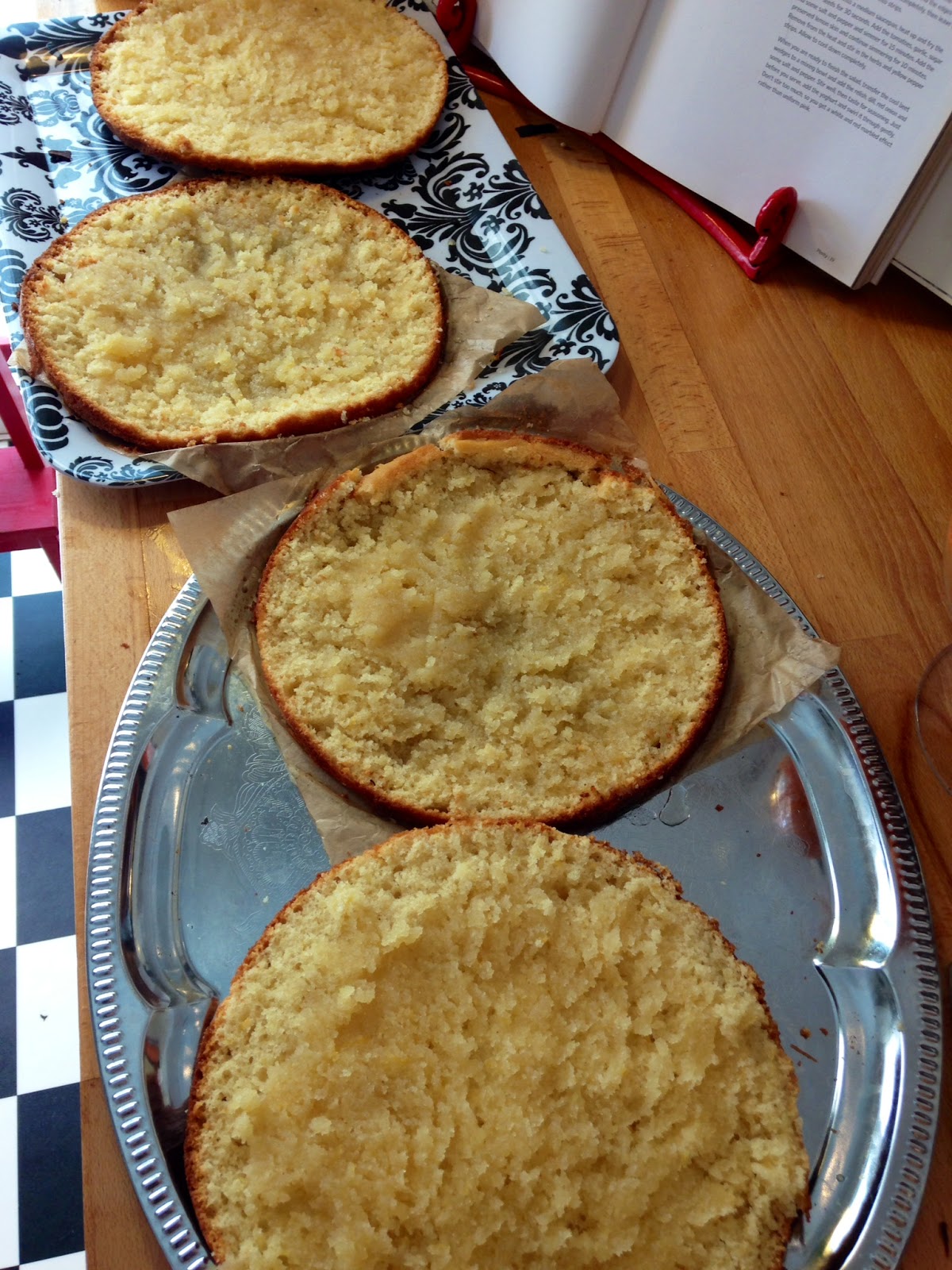 For the Lemon Curd:
Make up a batch of BBC Food's Lemon Curd. Easy peasy.

For the Lemon Buttercream Icing:
I used Primrose Bakery's recipe and bunged the following into my electric mixer and whizzed away until smooth... 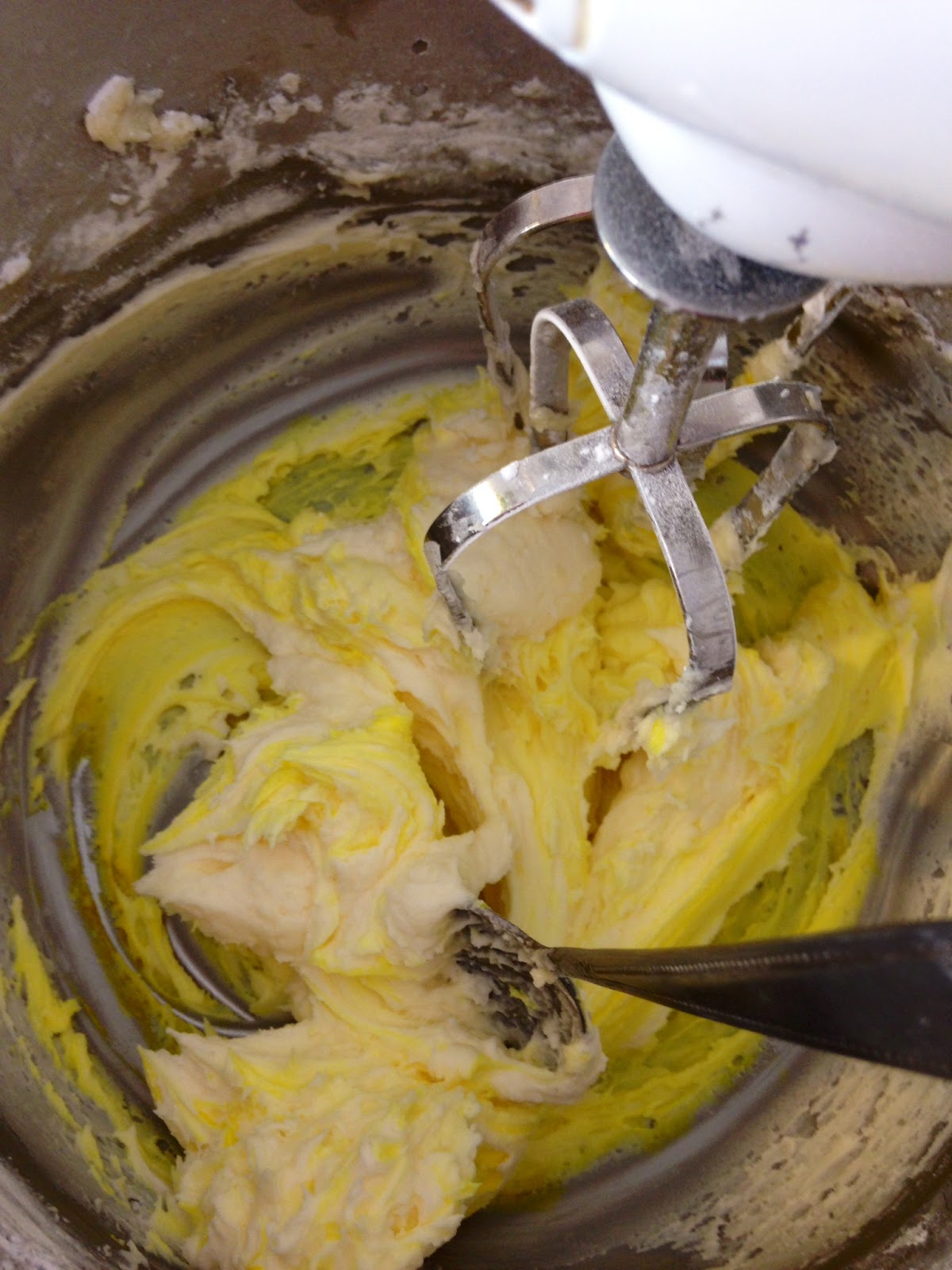 For the topping:
Lots of sweeties from the Pick N Mix including crushed up sherbert lemons, flying saucers and lemon bonbons. Oh and 'edible' glitter.

Make the cake as per the instructions above before filling each of the layers with lemon curd. 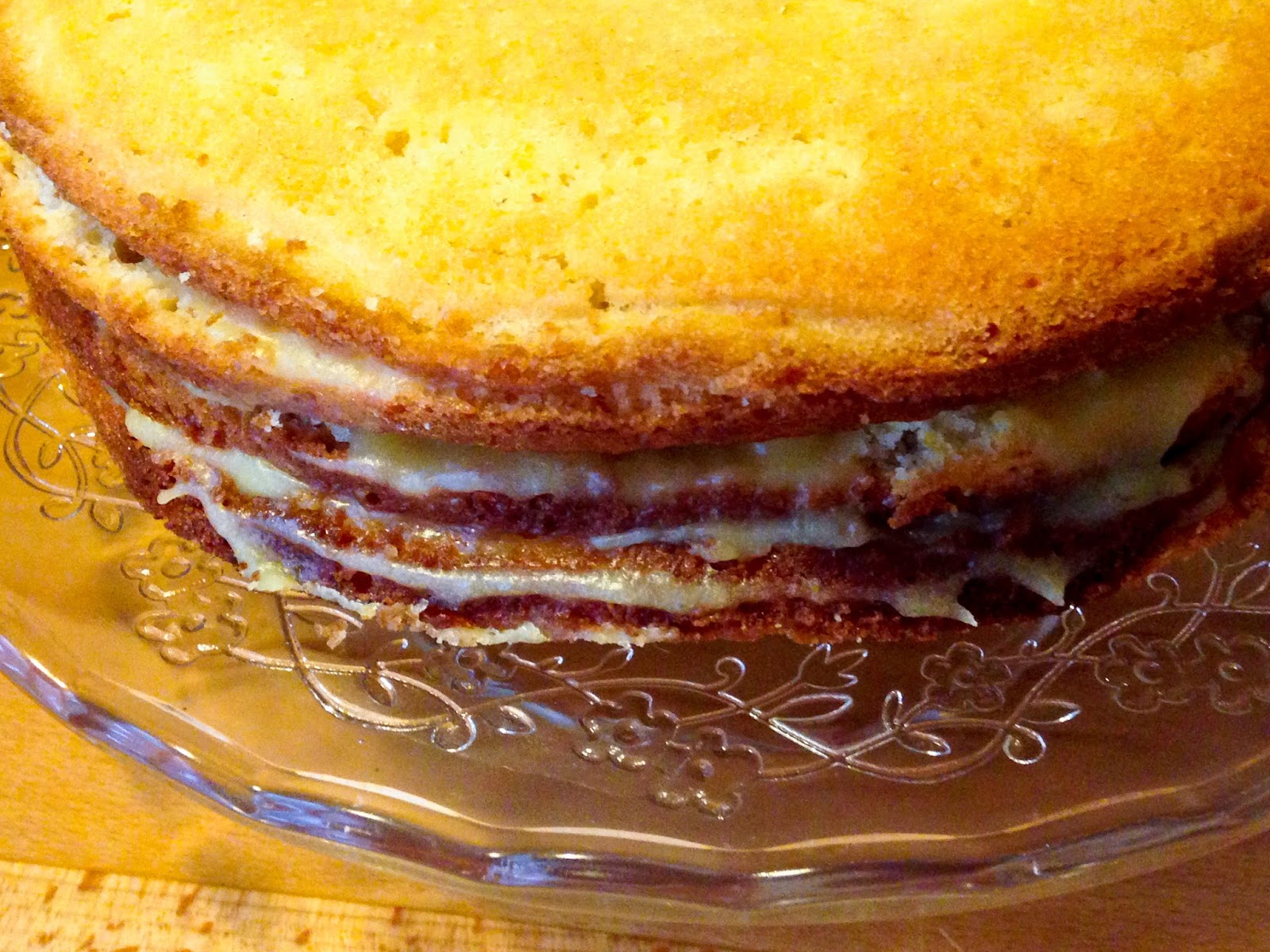 Ice the cake with a layer of lemon buttercream and leave to set before adding another layer. Pipe the remaining icing on top to your desired pattern. I did some big circles to hold my sweeties in place. 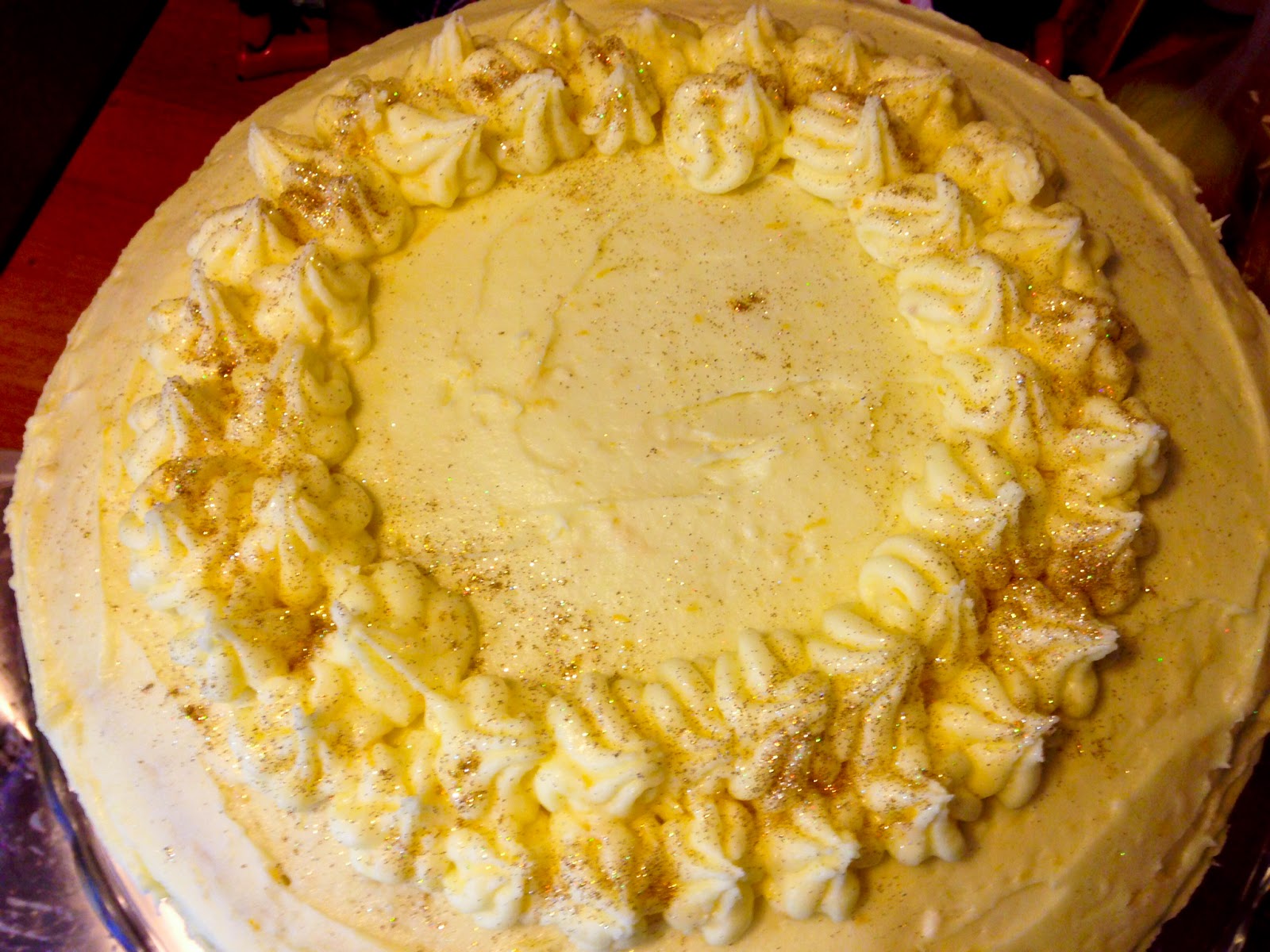 Top with as many sweeties as is humanly possible. 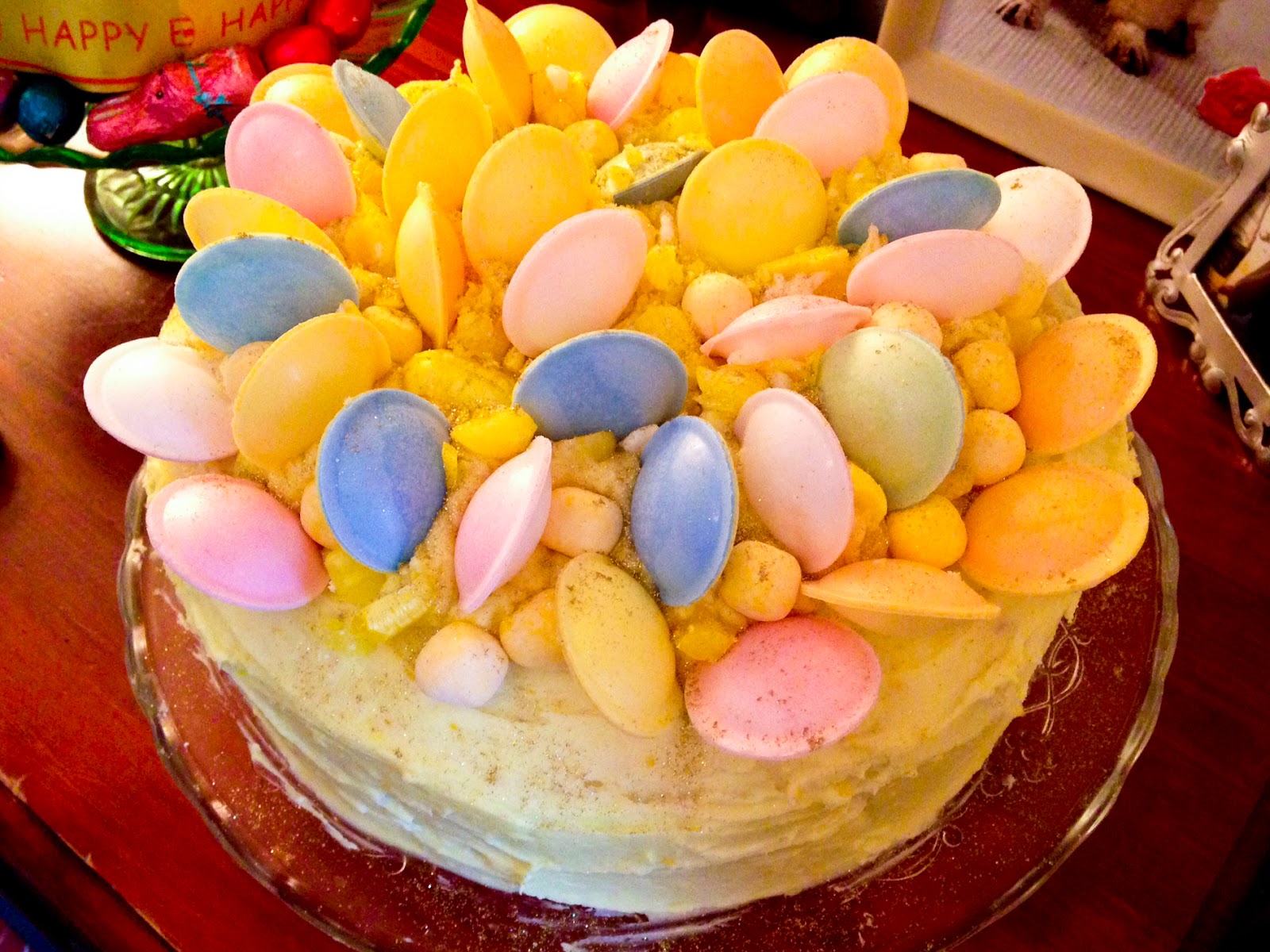 Marvel at the craziness then serve. You will need some serious pots of tea on the go for this one as it is siiiiiiiiick-ly! 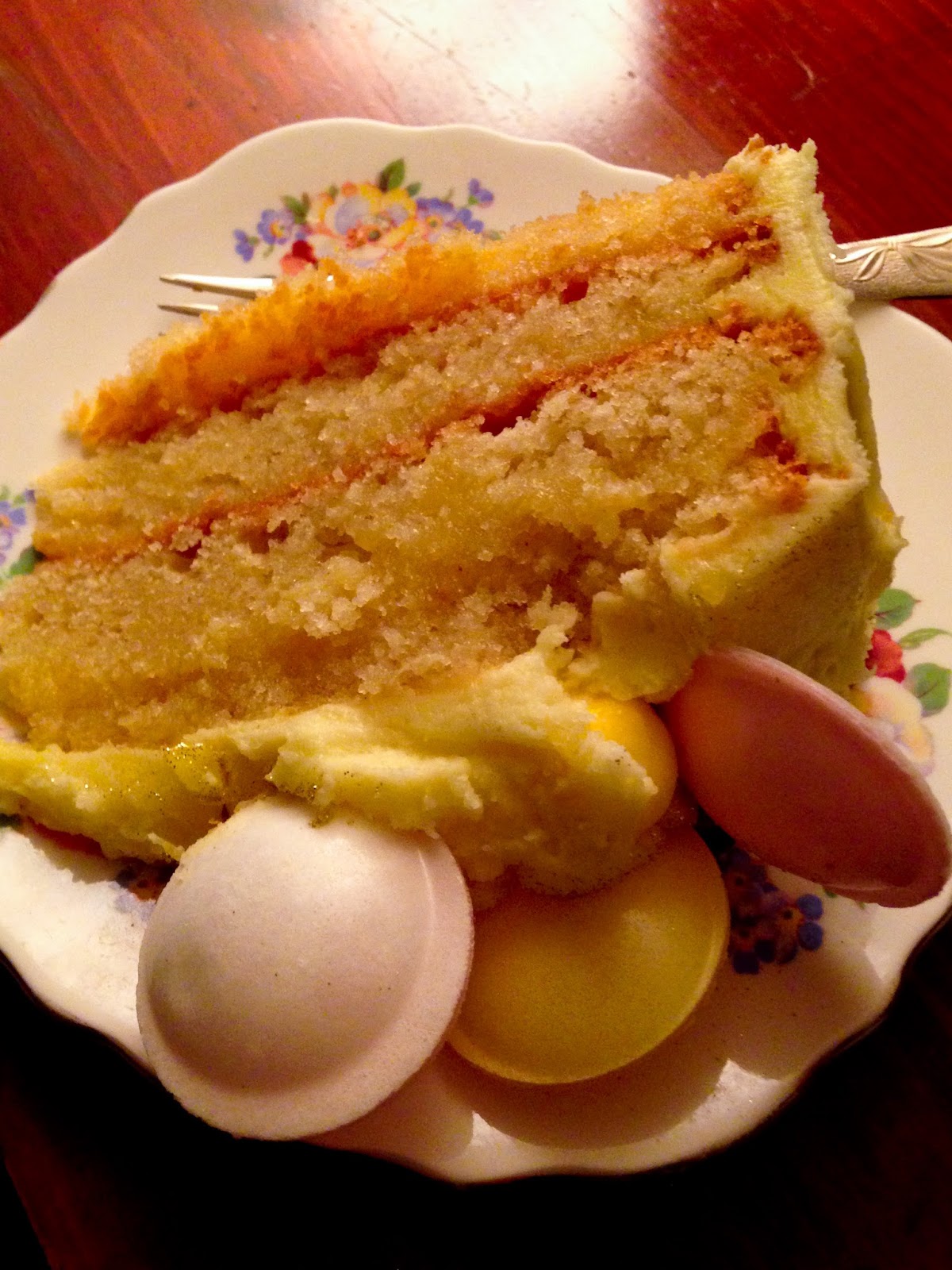 Posted by Jules at 8:03 PM
Email ThisBlogThis!Share to TwitterShare to FacebookShare to Pinterest