Like most of my vegan cooking adventures, this story begins with yet another visit to the mystical world of WH Lung. 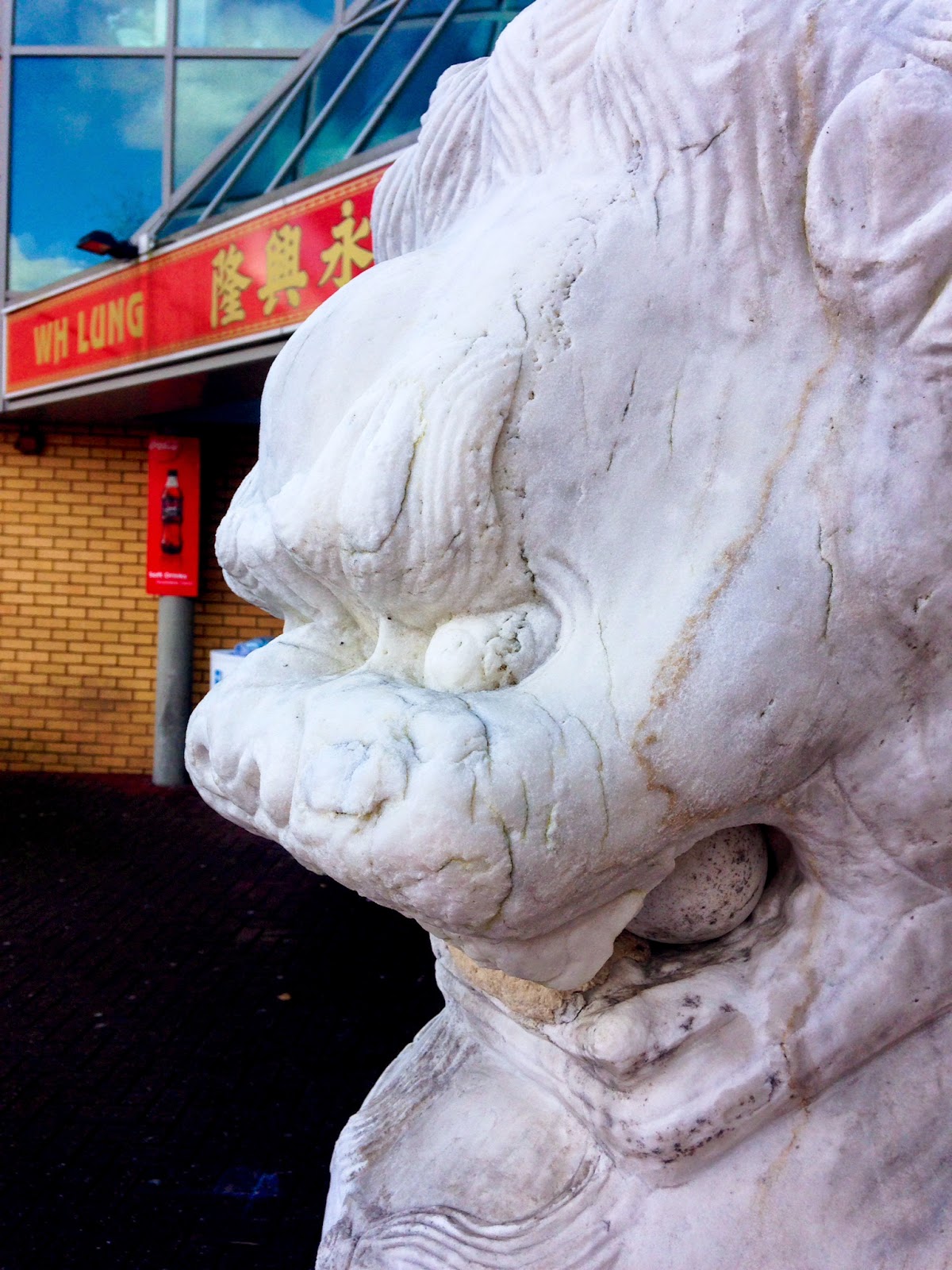 On this occasion I was looking out for a little something to satisfy a Sunday afternoon sweet tooth, especially seeing as being a Lenten vegan I've been quite short of options when it comes to desserts. I spotted some exciting looking pudding rice but it was the even more intriguing BLACK soya milk that really caught my eye. 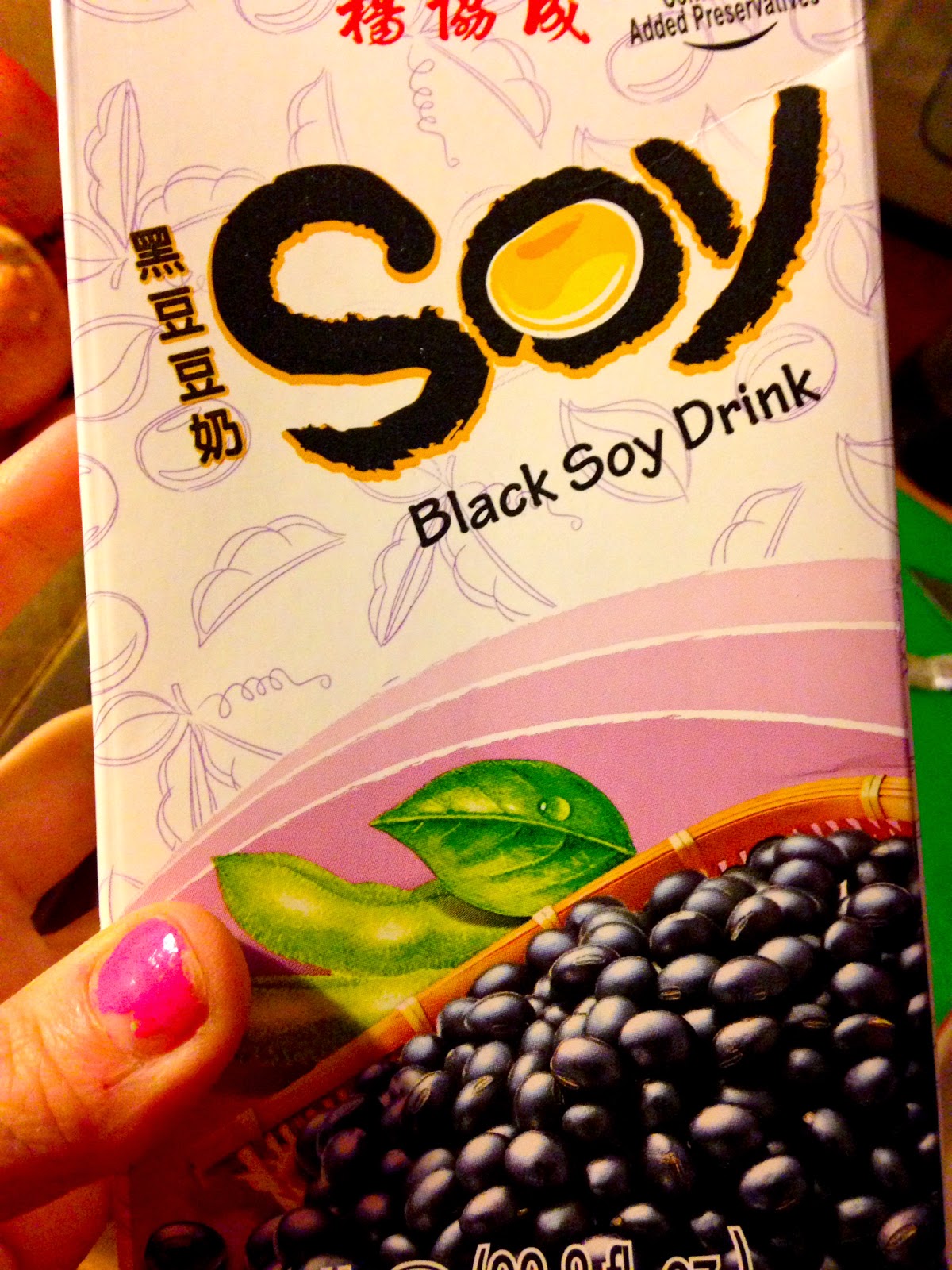 Despite the aforementioned intrigue, I was also a bit scared. I started imagining some kind of terrifying squid ink-esque beverage that tasted really weird... In reality, it wasn't squid ink-esque. It wasn't even black, it looked like normal soya milk and was gorgeous and sweet, one of the nicest soya milks I've ever had! 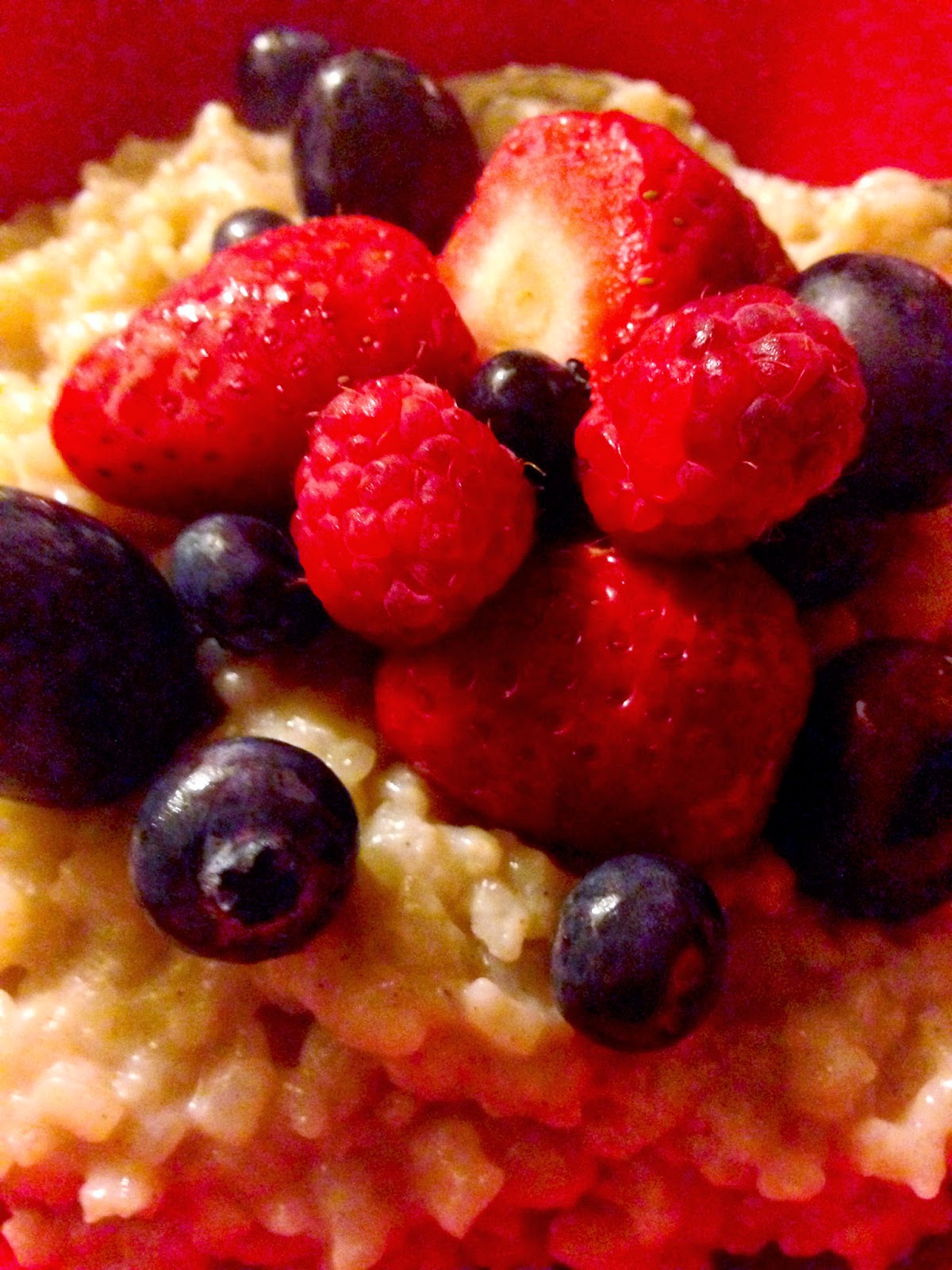 The rice pudding it produced was delicious. And so easy to make - mix it up, bung in the oven, go off and watch film then eat! I did in fact eat almost the whole dish of it then regretted it the next day when I fancied some more. I'll definitely make it again! 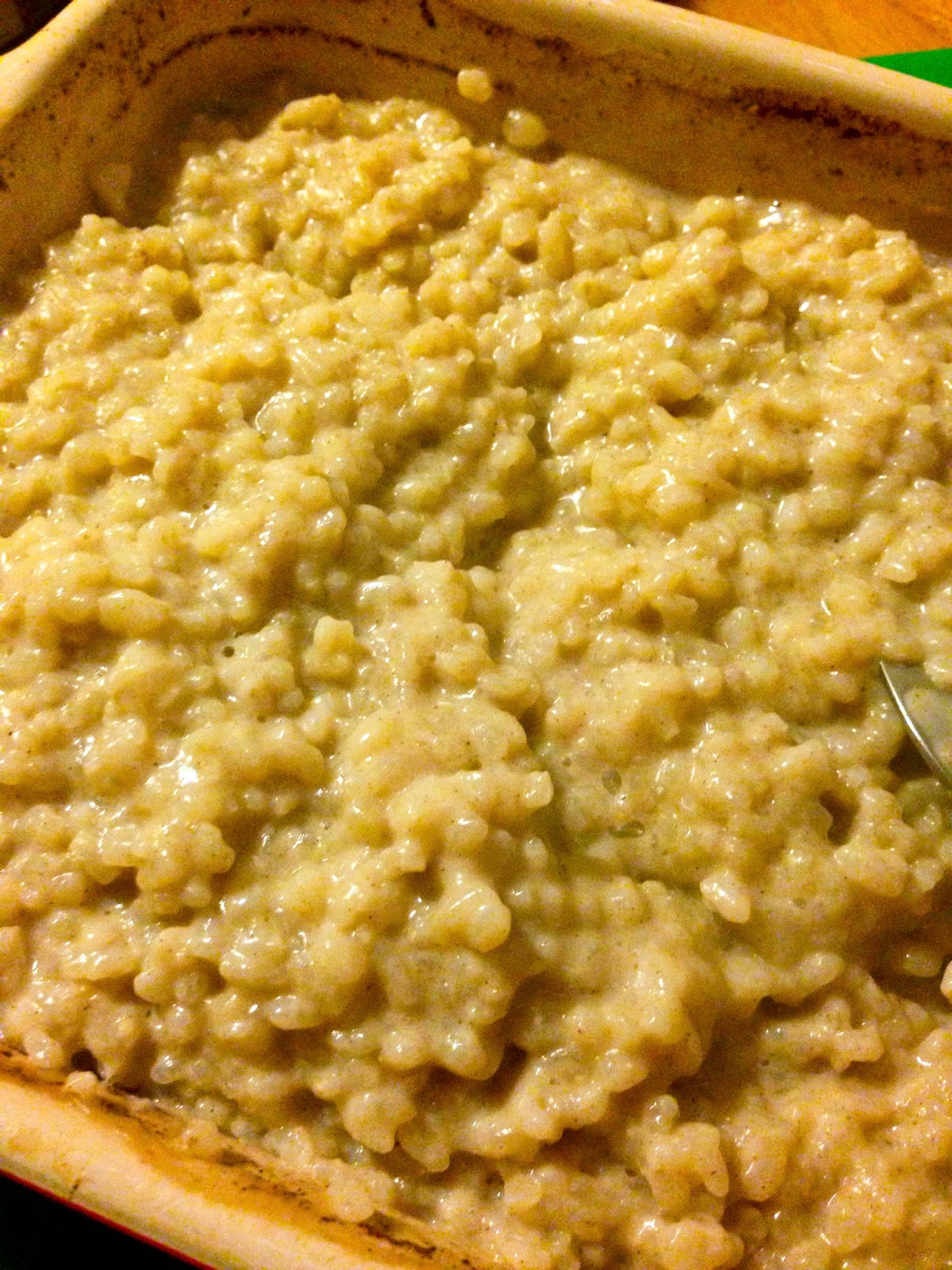 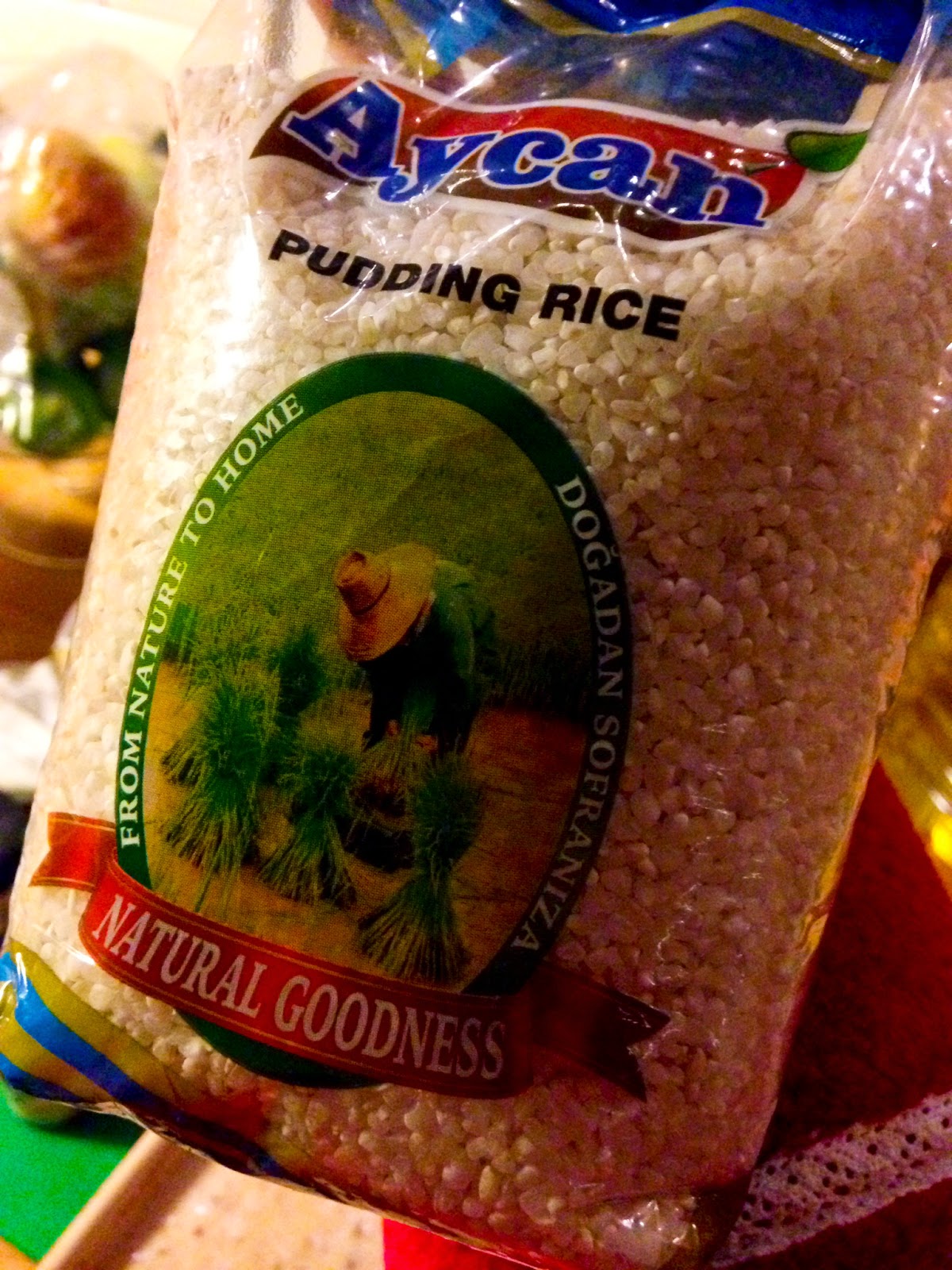 Preheat the oven to gas mark 2. Combine all the ingredients in an oven tray and stir well. 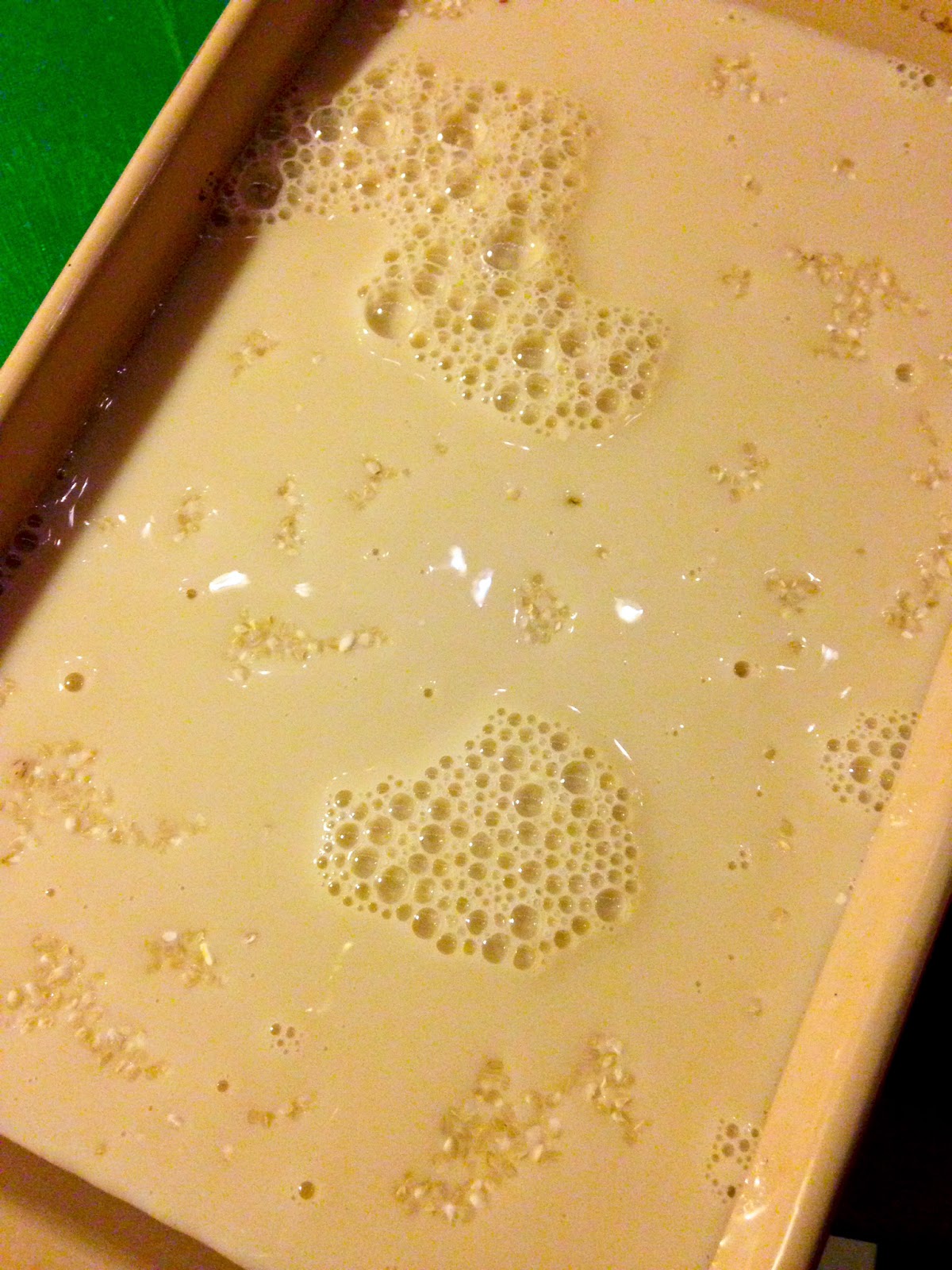 Cover the tray with a lid or foil and bake in the oven for around 2 hours (stirring once or twice during this time) until the pudding is starting to look creamy but still fairly milky - it does seem to thicken up as soon as it comes out of the oven. 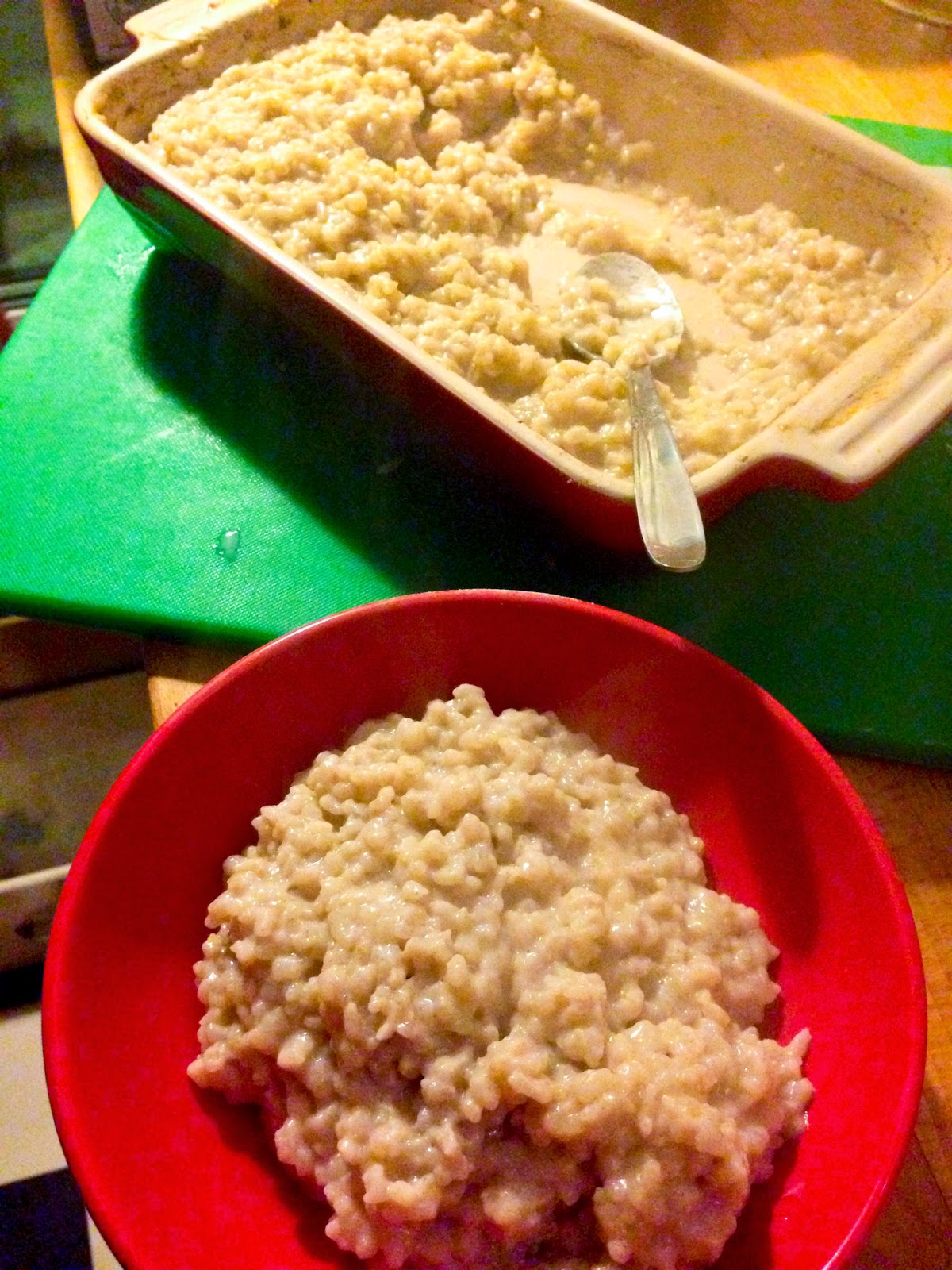 Serve with fruit or jam - a sweet vegan treat! 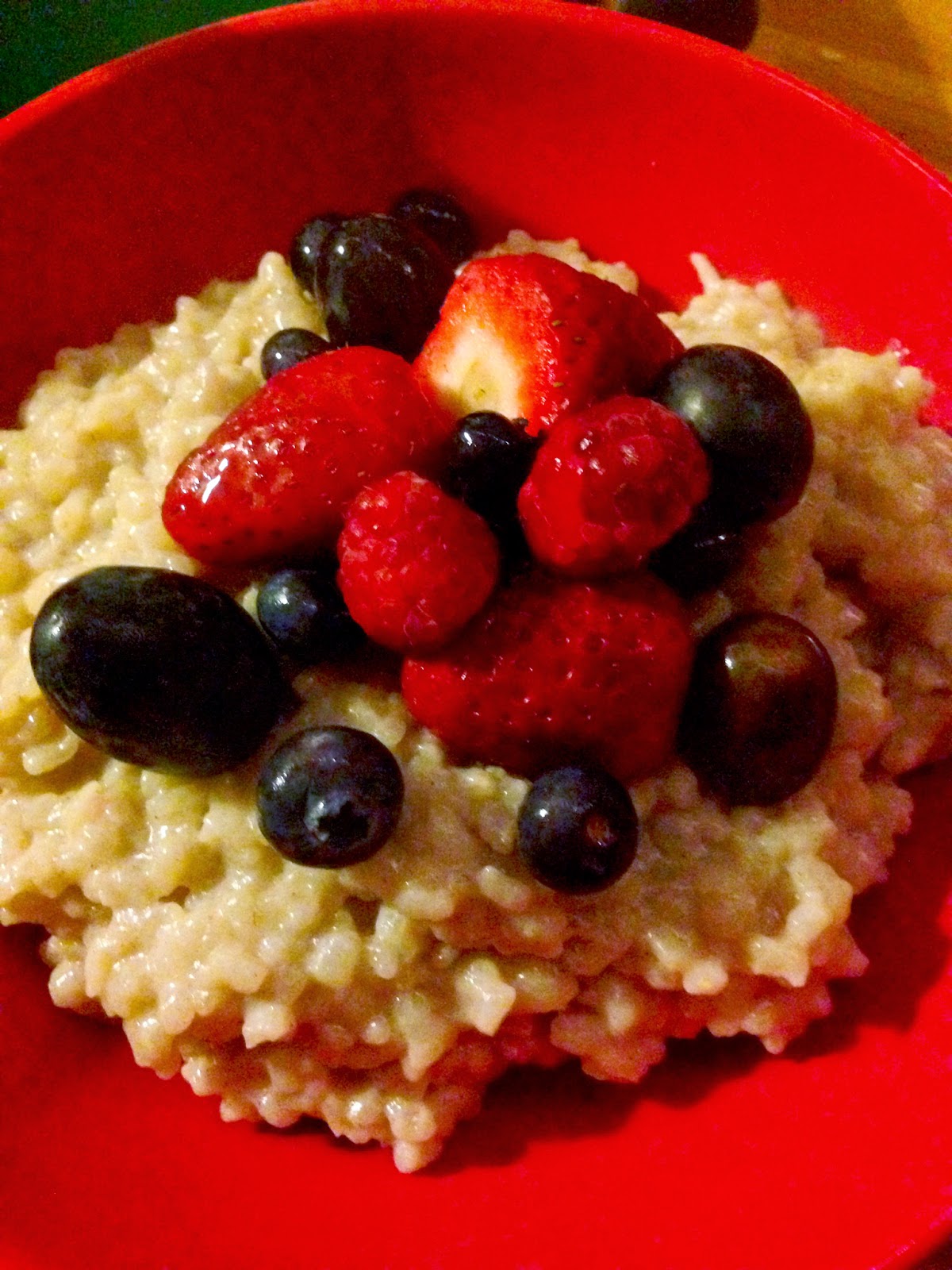 Posted by Jules at 11:59 AM
Email ThisBlogThis!Share to TwitterShare to FacebookShare to Pinterest