Today England finally came up trumps and delivered us a lovely beautiful day. So I decided that I needed to come up with a delicious summery treat for me and Bailey to have as our Sunday evening dinner. I suddenly remembered that last year when we decided to eat in the garden one afternoon, I had come up with some filo pastry parcels that had turned out so nice even Chicken Cat had come to try and get a look in. I knew I had to try to recreate the same dish again today. 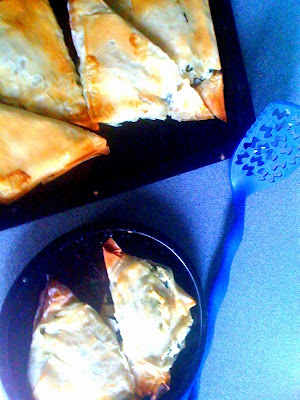 I'm pretty sure I accurately remembered the recipe today, the only difference being that when I originally made the parcels, I used quite a lot of parmesan cheese in the filling and this time we didn't actually have parmesan so cheddar had to do instead.

I was a bit worried about this as I know that filo can be a bit on the fragile side and thought the filling might have been a bit too moist. The parcels weren't quite as perfect looking this time and a few of them had burst open in the oven. 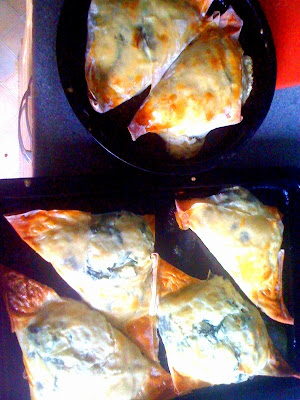 However, the parcels did actually turn out to be really yummy. The cheddar was really flavoursome and the pastry was crisper than it looked. Really delicious!

Also last time I made the parcels we had bought an amazing tomato chutney / relish type thing from the Eighth Day Veggie shop but we didn't have any (and if we had we would clearly have eaten it by now) so I tried to make my own sort of sweet / tangy relish / salsa type concoction. 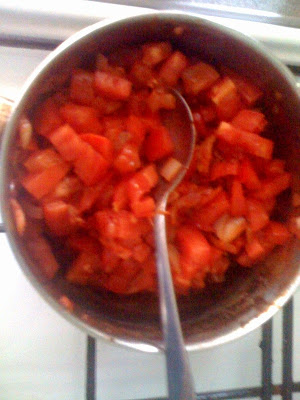 This was actually really nice too and much better for being all home made so I was really pleased. All in all a great success!

I think these parcels are perfect fresh from the oven for a lovely summer lunch or could be served cold at a barbecue, buffet or picnic! Versatile, eh?

Recipe:
For the parcels (makes 6):
6 sheets of filo pastry
2 onions, chopped
A bag of spinach, washed
A 250g tub of ricotta cheese
126g of cheddar cheese (or parmesan?)
Salt and pepper

For the tomato sauce:
Two tomatoes
An onion
A glug of vinegar
A pinch of Cayenne Pepper
A tablespoon of sweetener 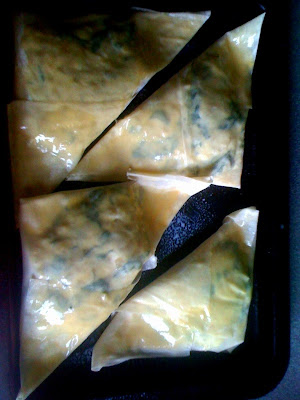 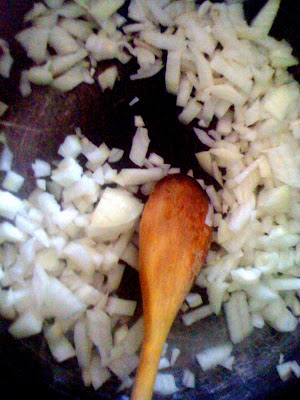 Chop up the tomatoes and add to the saucepan with the onions and leave to simmer maintaining that really low heat. You can more or less leave that pan alone, stirring occasionally, while you concentrate on the parcels.

Once the onions in the frying pan have softened a bit, add the spinach and season.

Meanwhile, add the ricotta to a bowl with some salt and pepper then grate the cheddar cheese into the bowl and mix. 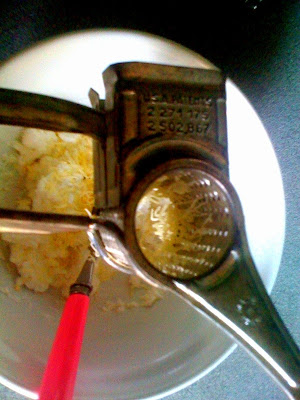 The spinach and onion in the pan won't take long at all to cook so keep your eye on that. Once the spinach is nice and wilted, mix that into the ricotta and cheddar mix and stir. 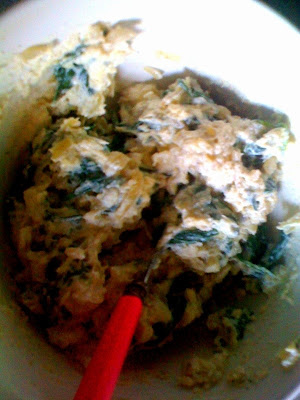 Now is the fun part - making the parcels. To make it easier for me to get consistent parcels, I laid all six of the filo sheets out on my (dry!) work surface before adding same-sized blobs of the spinach and ricotta mix into the left hand corner of all the filo sheets. 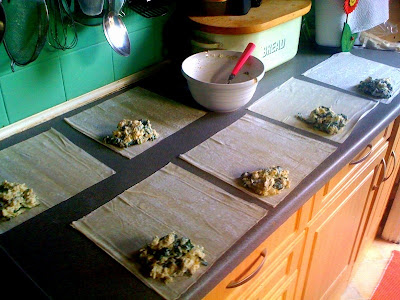 I then started to turn them all into little triangles. I started by rolling over the left hand corner... 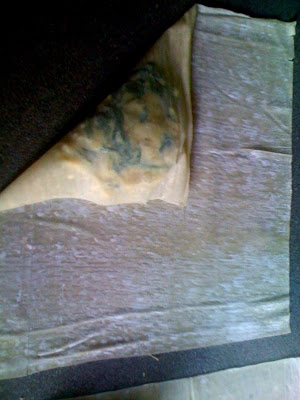 ...before tucking the excess over on the top... 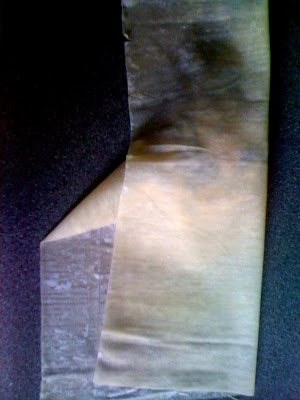 ... before folding it all over until it I had two flaps under the parcel... 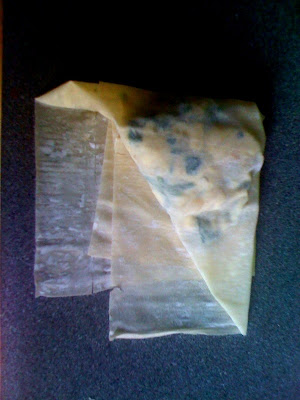 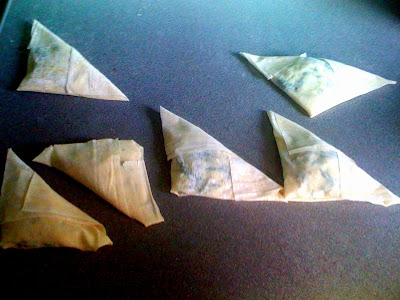 ...and placed on a baking tray that I had sprayed with Frylight. Once you have completed that slightly confusing process, brush the parcels with a bit of beaten egg. 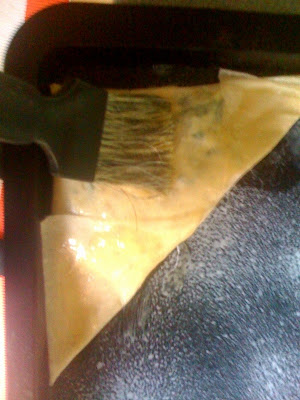 You are ready to put the wee bad boys in the oven.
While the parcels are in the oven, you can start to concentrate a bit more on the tomato sauce. Add the vinegar and sweetener and make sure it's still cooking down nicely, it isn't sticking to the pan and that it smells really yummy.
Once the parcels look golden and crispy, take them out of the oven and serve with the salsa and a nice crisp, summery salad. Absolutely yummy summer food - even better when eaten outside! 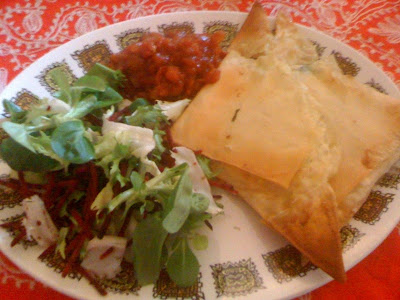 Posted by Jules at 10:40 PM
Email ThisBlogThis!Share to TwitterShare to FacebookShare to Pinterest