While on a school trip to Normandy last week, I decided it would be rude not to pick up a few Norman foodie treats. 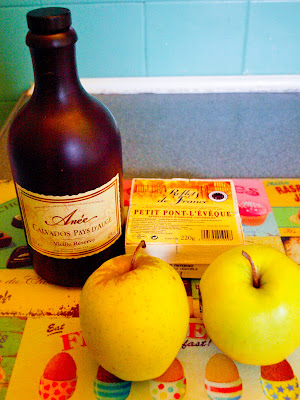 Firstly, some Calvados. We'd had this at the hotel mixed with a dash of apple juice - a traditional Norman aperitif called Pommeau. Very lovely it was too. So I got me a bottle. 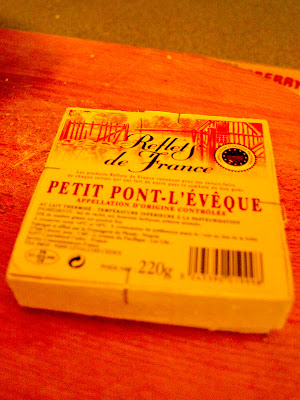 Secondly I picked up some pongy Pont-L'Évêque cheese which looked dead cute but wasn't smelling so nice after the coach journey from Calais. Once back in England I also made the faux pas of leaving it in Iain's car. Poor Iain. 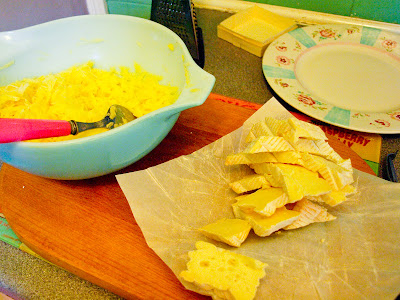 Due to the smell, we decided to use the cheese sharpish. But what to make? I wasn't sure what to pair the Pont-L'Évêque with as I'd read on the Internet it had quite a unique flavour and I didn't want to mess it up. I read that it was the perfect pairing with apples - so Calvados would be fine too. I also thought seeing as apples go with pork and Pont-L'Évêque goes with apples maybe we could have it with some pork or sausages or something. 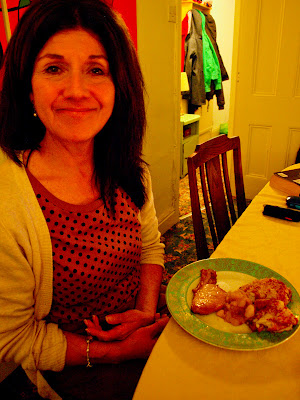 In the end we decided on Rösti made with Pont-l'Évêque and some apple sauce infused with Calvados. We ate it when Aída came to stay the night and she loved it, so much that she is going to make it for my brother this week in Barcelona. I told her if she can't get Calvados a nice bit of cider would do fine. Bailey said even though the sauce was quite sweet, the flavours worked perfectly all on the fork together. I loved it with my veggie sausages too. 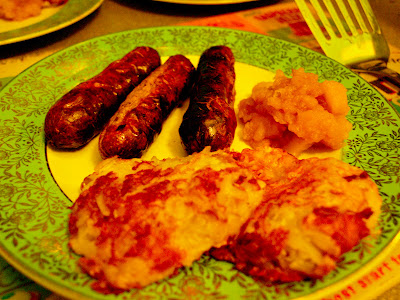 As pongy as it was, the Pont-L'Évêque was actually lovely and had a surprisingly mild flavour for something that made such a smell. 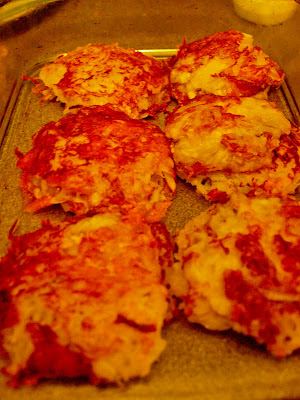 A nice dinner all in all and it felt good to buy some local products from a region I'd just visited. I was supposed to put a nice bit of salad on the plates but forgot hence the unhealthy lack of veg and unsightly lack of green! 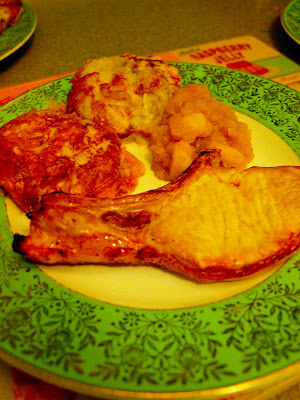 Start by preparing the Calvados Apple Sauce. Peel, core and chop the apples. 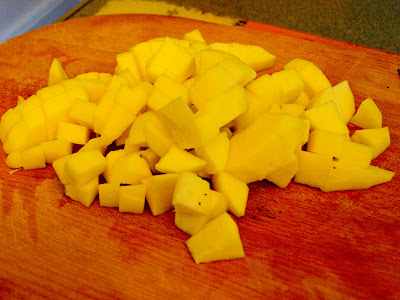 Place the apple chunks in a small pan and heat for a few minutes. Add the remaining ingredients and stir well. Cook for around 20 minutes or until the liquid in the pan has reduced down and you have a sweet, thick, sticky sauce. Season to taste and remove from the heat. 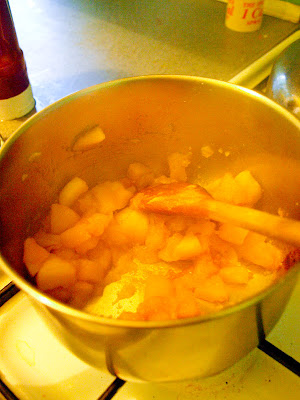 Meanwhile, prepare the rösti. Peel the potatoes and grate them into a large bowl. 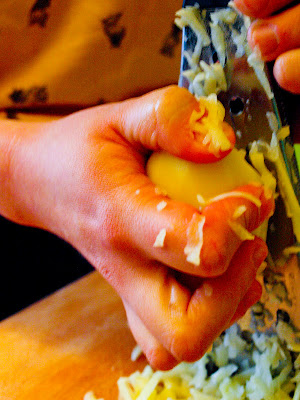 Using kitchen paper or tea towels, squeeze all the excess juice from the potatoes before adding salt and pepper and returning to the bowl. 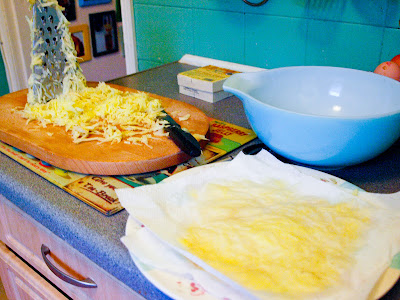 Grate the Pont- L'Évêque and add it to the bowl with the grated potato and stir well. 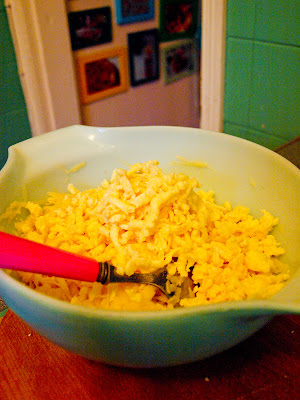 Heat up the oven to a low temperature, just hot enough to keep food warm. Also heat a frying pan over a medium-to-high heat and add some cooking spray. Take tablespoonfuls of the rösti mix and put it into your hand. Squeeze any more excess liquid out before pressing the potato between your hands to make a firm, flat patty. 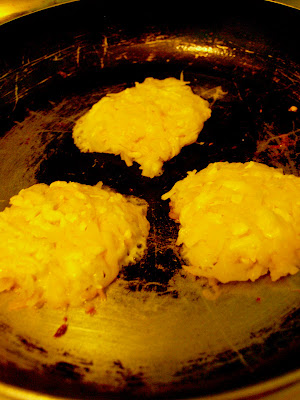 Place three of the rösti into the pan at a time and cook until toasty on one side. Flip, and repeat the process. When the rösti are cooked through and crisp, place them into an oven tray and keep warm in the oven while you cook the remaining ones. 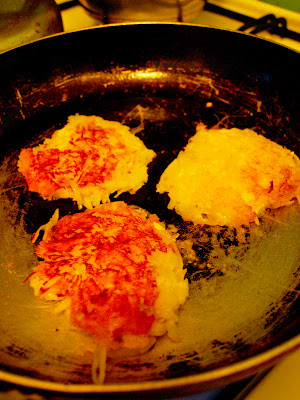 Meanwhile be preparing what you are going to be having your rösti with. I made grilled pork chops for Bailey and Mum while I had some veggie sausages. The pork, cheese and apple worked well together, I am told. 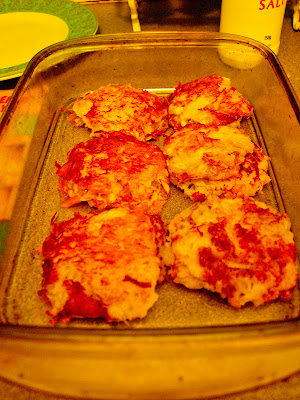 Before serving, spend a few minutes reheating your Calvados Apple Sauce. Place a nice blob of it on the plate and serve with your Pont-L'Évêque Rösti. Great stuff. 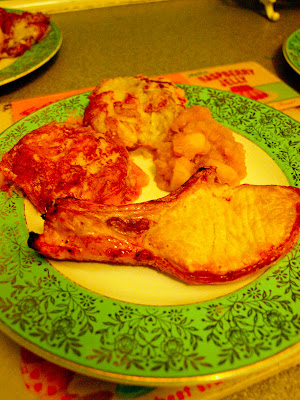 Posted by Jules at 9:25 AM
Email ThisBlogThis!Share to TwitterShare to FacebookShare to Pinterest