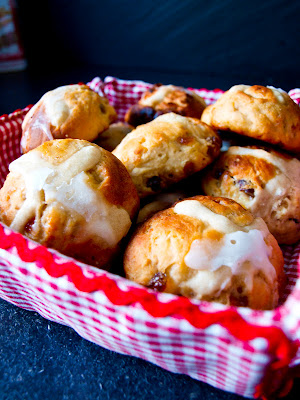 Anyway being the hot cross bun lover that I am, I wanted to try my hand at baking my own buns of delight this year but also wanted to make some that my Easter guest Jeni would enjoy. Inspired by the Warrington bread and butter pudding, I decided I would make some hot cross buns for Jeni that contained glacé cherries instead of the usual currants. However I did get my hands on some "Natural Colour Provençal Cherries" from Waitrose to make them a bit more posh. 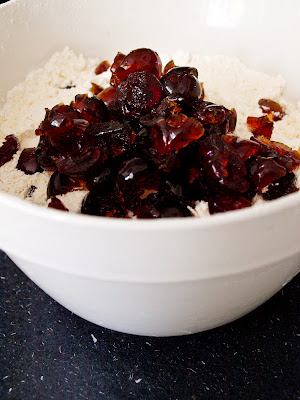 I love cooking in the Hotel Morris because unlike our kitchen there is actually space to move. Maybe even to swing a (small) cat. Plus I can listen to Absolute Radio 90s on Roy's digital radio. So this instantly made the hot cross bun-making process more fun. 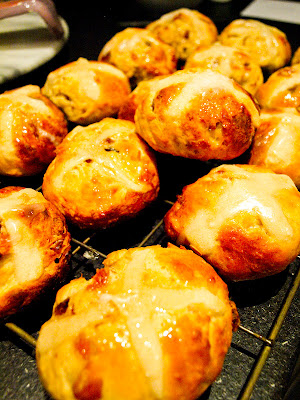 I also love using Delia Smith's Complete Cookery Course to cook, especially since inheriting Gwen Morris' well-thumbed copy. This is how much of a geek I am about it - even though I knew full well my parents own the exact same edition (1983 if you must know - older than me), I still brought my own copy from Manchester. 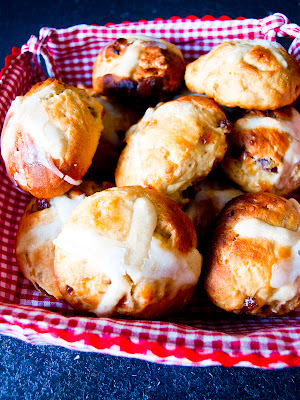 Obviously apart from the substitution of raisins I stuck to the original recipe apart from I wasn't too impressed by the fact that Delia suggested you just score a cross shape into the top of the buns. Come on Delia, we can do better than that. So I had a little look on the Internet about how to do the cross shape properly. 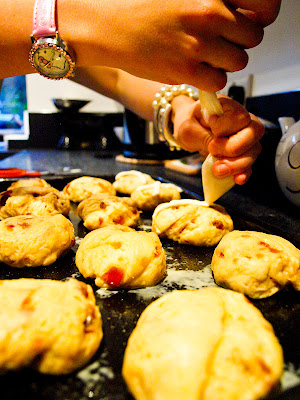 Making the hot cross buns was fun, not too difficult and they turned out very well. A little bit messy but made with love. The crosses on top also look nice even if I say so myself. We are saving them for Jeni and Doyle's arrival tomorrow and I hope they approve. 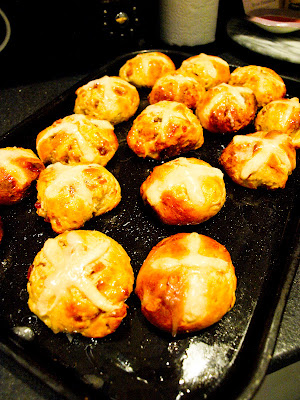 Bailey did eat a cheeky one last night and said they were lovely and sticky with a nice crisp exterior but chewy in the middle. He did say they need more cherries though. Goodness, we will be putting them in bread and butter puddings at this rate. 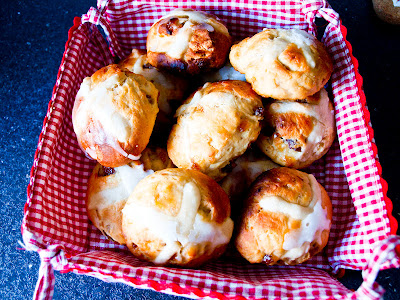 Stir the sugar into the hot water and sprinkle in the yeast. Put to one side. Sift the flour and salt into a mixing bowl. Add the cherries and mix in well. Make a well in the centre of the mix and pour in the yeast mixture, which by now will have a massive yeasty, frothy head on top. 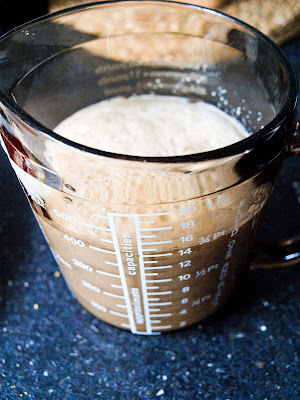 Beat the egg and melt the butter and add both to the well also. Stir the dough well until all the ingredients are combined using your hands towards the end if need be. 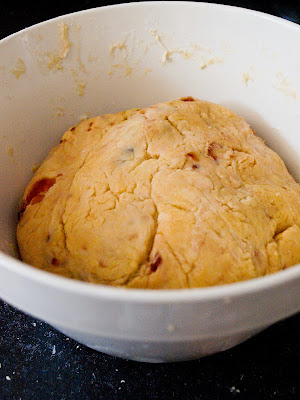 Take the dough out of the bowl and knead for 6 minutes. Place back in the bowl and cover with cling film. Leave for an hour or until the dough has doubled in size. 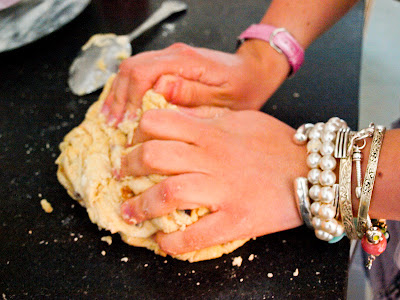 Preheat the oven to gas mark 7. Take the dough out and knead it well again. Divide the mixture into 16 portions. 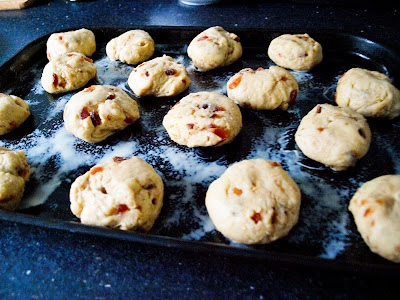 Spray a baking tray with cooking spray. Arrange the buns on the baking tray. Cover with cling film and leave to rise for another 25 minutes. 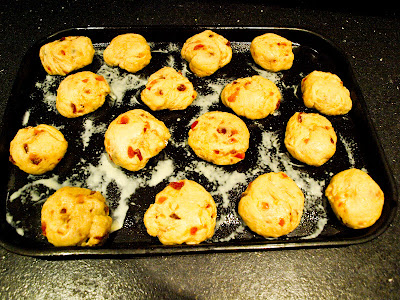 Now make the crosses. Mix the flour and water together before putting into a piping bag, or in my case a sarnie bag with the corner snipped off. 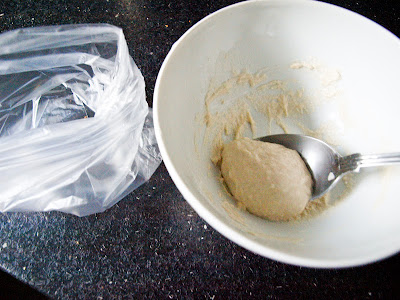 Pipe cross shapes onto the buns. 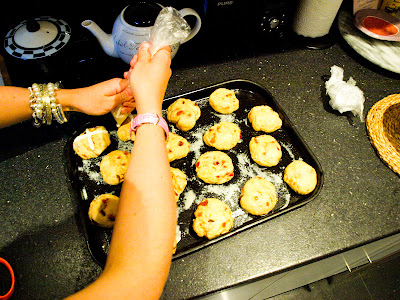 Place the baking tray of hot cross buns into the oven and bake for around 15 minutes or until brown and looking hot cross bunny. 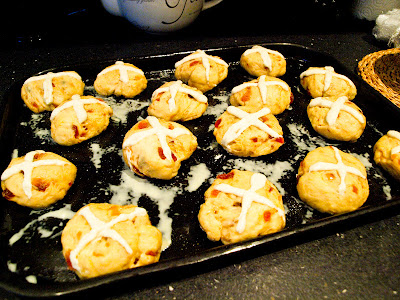 About 2 minutes before the buns are due to come out, place the sugar and water into a sauce pan and heat until bubbly to make the glaze. 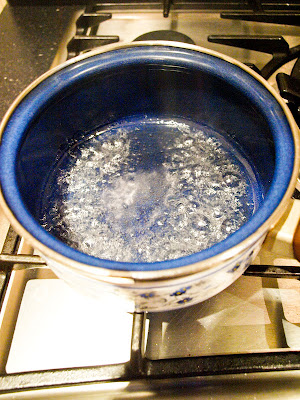 As soon as the buns come out, brush (or spoon as I had to) the glaze onto the top of the buns. Leave to cool. Serve toasted with loads of butter. Happy Good Friday! 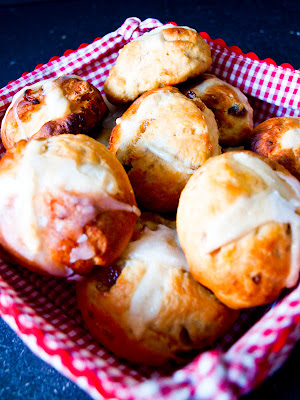 Posted by Jules at 11:25 AM
Email ThisBlogThis!Share to TwitterShare to FacebookShare to Pinterest