We have been making this Chocolate Ganache Tart since 2010 when we saw Fiona of Masterchef Australia fame make something like it with a Lavender Cream for a Friday Masterclass. It is literally so easy to make and the recipe changes every time as I always forget how much cream and chocolate we've put in it so just tend to play it by ear. 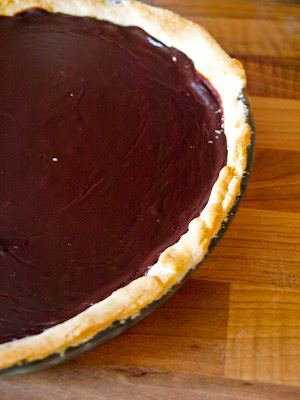 We used to make it pretty much every other weekend but hadn't made it in ages (due to the fact we had gotten too fat, partly because of this), until the other day when we needed to make something quick and yummy for Doyle's birthday. 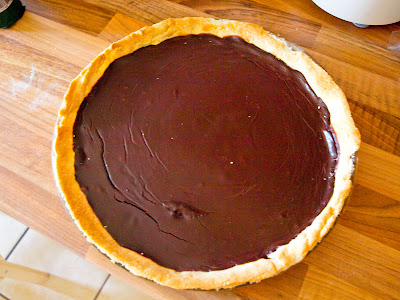 We thought a nice Chocolate Tart would be a great gift for a chocolatey weekend, seeing as we were going to Slattery's that afternoon. As Doyle loves Arequipe (Colombian dulce de leche), we decided we would spread the base of the tart with what was left of our latest delivery of Arequipe before pouring the chocolate ganache on. But this tart could be made with all sorts of things. We've found in the past it's lovely with a big pile of Chantilly Cream and strawberries. 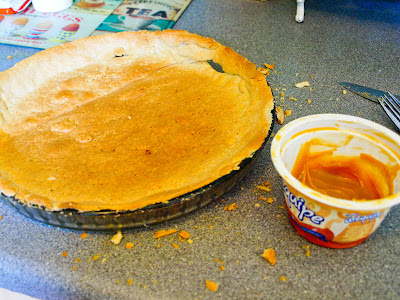 Although the tart ended up looking a bit messy due to a journey around Manchester in a very hot car, Doyle was very nice about the tart and even said it was "lush". Cheers Doyle! 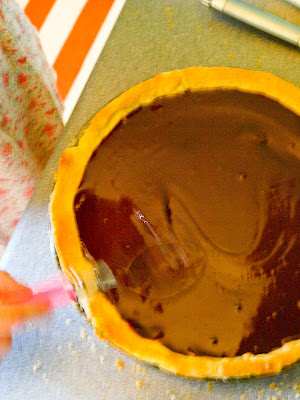 Preheat the oven to 200 degrees C. Take out the shortcrust pastry and roll it out to fit in a flan dish. Make sure it's rolled big enough to have pastry rolling out over the edges as the base will shrink in the oven. Spray the dish with cooking spray and place the pastry in. 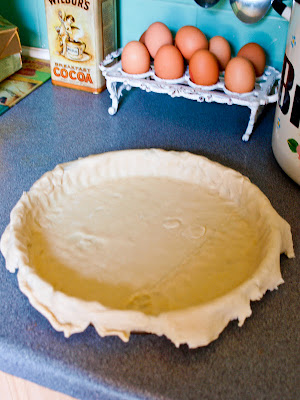 Squish it into the dish and prick all over with a fork. 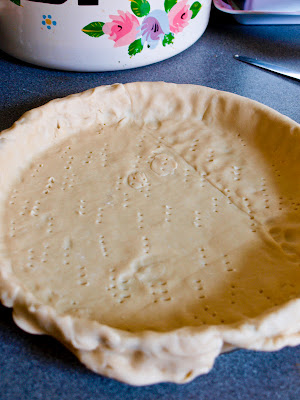 Place the flan dish in the oven and bake for 10-15 minutes or until the pastry is crisp and golden. Leave to cool. 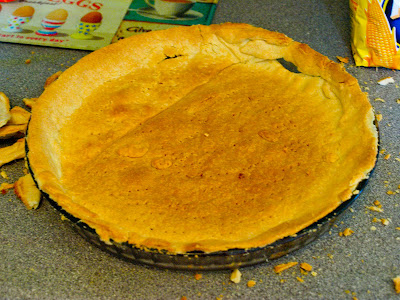 This is where we spread our base with Arequipe. 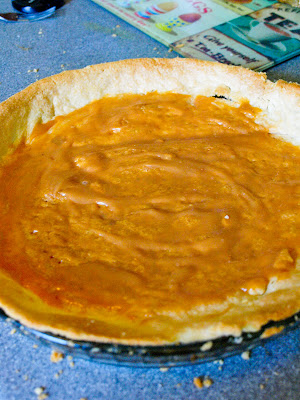 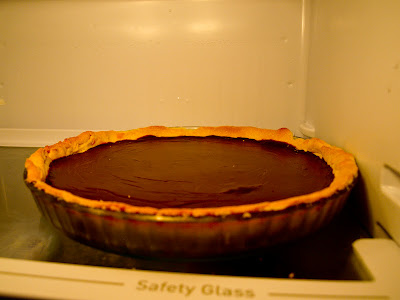 Serve with whipped cream infused with strawberries, lavender, orange, whatever you like. We spread the cooked pastry with dulce de leche before pouring the chocolate ganache into it on this occasion. On its own is nice too. 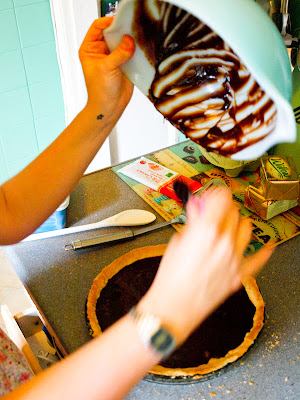