Last Wednesday, we had Aída in town on her way back from Barcelona. We had been telling her all about our first visit to The Great Kathmandu in West Didsbury and she mentioned she had been told by a friend about Nepalese food being the bomb; we couldn't agree more. 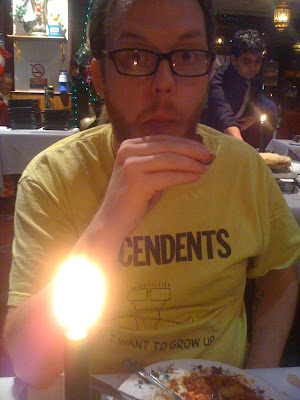 We assumed there would be no need to book a table but in fact we were lucky! Despite it being around 6:30pm on a random Wednesday night, the restaurant was packed out! A great atmosphere too - a cheery hive of activity. 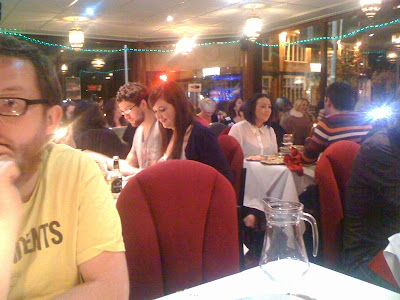 The poppadoms were delivered promptly as usual but the taste was anything but ordinary. The Great Kathmandu's poppadoms are nothing like your standard, salty fried disks - instead, you are presented with a flavoursome, almost healthy tasting, fresh, crunchy poppadom packed with seeds and Nepalese herbs. The sauces that come with them are gorgeous too - we particularly liked the honey-like chutney and the tasty chilli sauce. 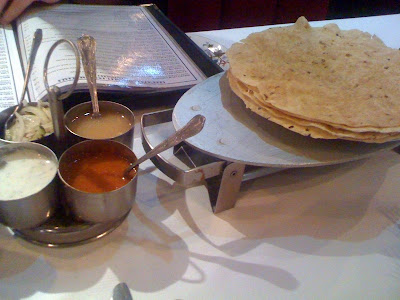 When it came to ordering the curry, Aída and I couldn't decide between Dal Tarka and Aloo Channa as both sounded ace so we decided to get both and split them between us. What a great idea, I am going to do it more often. 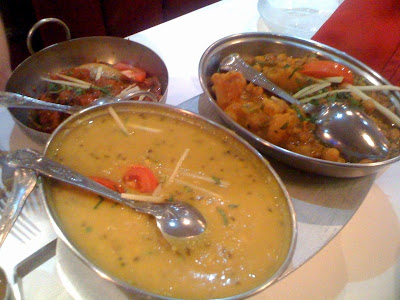 Both curries were up there with the best I've had in ages, and we have been for A LOT of curries lately. The Dal Tarka was really tasty with lovely flavours and a great texture, plus you got a really nice big portion. It went great with the perfectly cooked rice. 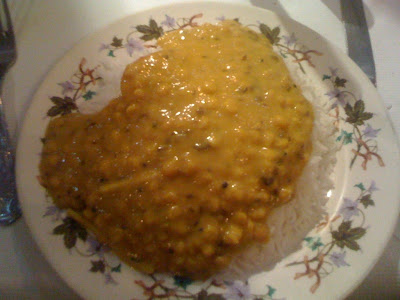 The Aloo Channa was equally lovely and was quite different to the Dal Tarka which was good for us sharers. What me and Aída loved most about the dish were the amazingly tasty potatoes that melted in your mouth. Thumbs up all round for both. 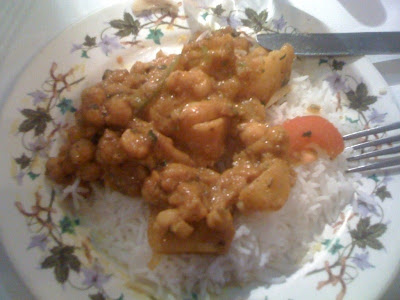 Bailey went for a Chicken Tandoori Karahi. This was his second stab at a karahi, the previous time he ordered it being just a few days earlier on our visit to Moon. He thought it was very lovely but actually preferred the one he got at Moon as he thought the tandoori taste was a slightly strange combination with the sweetness of the karahi sauce. He did enjoy it thought and commented that the meat was of an excellent quality. 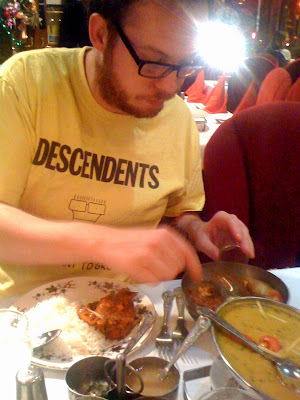 Another source of entertainment for the evening was the absolutely ridiculous amount of garlic encrusted in Bailey's garlic naan. 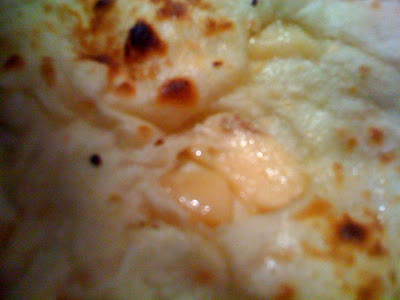 It was basically a case of "would you like naan bread with your garlic?" but actually the garlic was beautifully soft and the taste wasn't too overpowering. Bailey thought it was "too much" and took a load of the garlic out, the wimp! I loved it and would happily have chowed the whole thing down with no regard for the nostrils of my colleagues the next day but I would warn that this garlic naan is not for the faint hearted! Bloody lovely though. 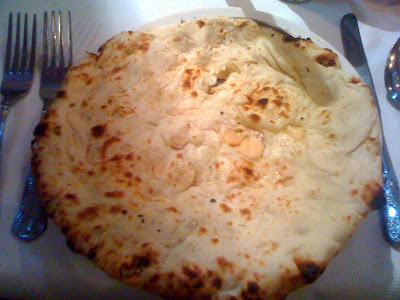 We felt that the food was of a really excellent standard. What was really noticeable was the absence of the usual pool of oil in the dishes which you come to expect when out for a curry. The food tasted healthy and wholesome and you didn't feel horrible or bloated afterwards, in fact we felt rather guilt-free! It was also rather inexpensive at less than a tenner a head for the three of us. 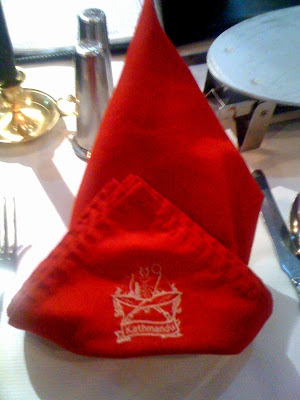 We thought as well as the food there were a lot of nice touches that made our experience a little more special, from the somewhat chintzy but cute branded napkins waiting on our table as we came in to the super-hot moist towelettes at the end of the meal. The service was also excellent. 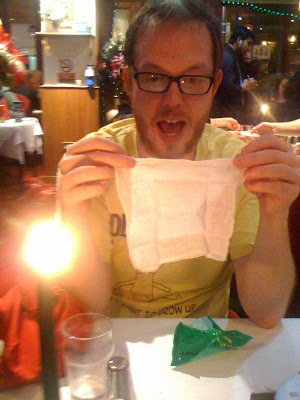 Another sign of The Great Kathmandu's quality was the number of people trying to cram into the place on a Wednesday night - on our way out a large party of ladies had come in and filled the remaining scraps of space!

So a great experience all round. There have since been debates in our household as to whether or not The Great Kathmandu is the best curry house in Manchester and although we haven't yet come to a conclusion, we will definitely be visiting again. 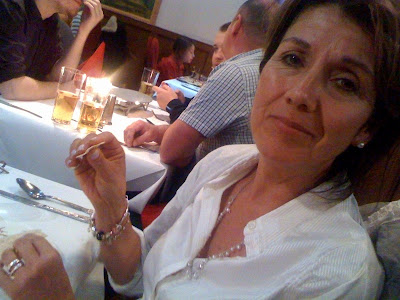 Posted by Jules at 6:39 PM
Email ThisBlogThis!Share to TwitterShare to FacebookShare to Pinterest