On the first night of our Eskdale Lake District camping pods adventure, we took a pitch-black, torch-aided night stroll to a little pub down the road called The Woolpack Inn. 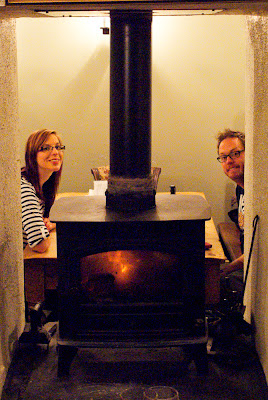 After our somewhat treacherous journey there, we were grateful to discover the pub was really nice and cosy with burning log fires and nice traditional décor which was (mostly) rather tasteful (give or take the odd item). 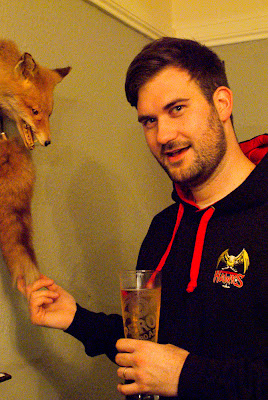 A look at the menu told us the food served at the Woolpack was far from traditional and although they had the usual British pub fare on offer there was also the addition of a Pizza Menu, all pizzas cooked in a "Jamie Oliver Wood-Burning Oven". Bet you don't see that every day in the middle of the Lake District. 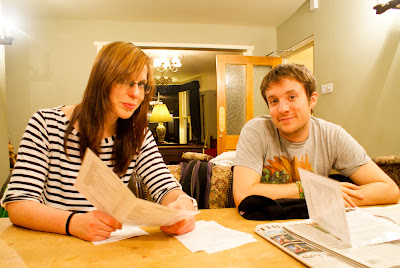 I decided I would try out one of the pizzas and opted for a Montanara Goat's Cheese pizza, while Gray and Hannah followed suit - Gray going for one of the calzones! Bailey, Kat and Rob ordered from the normal pub menu. 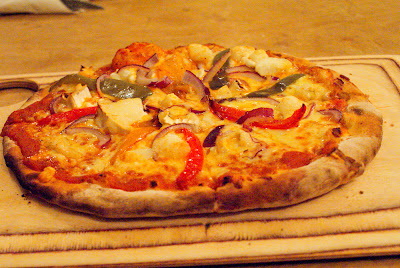 Although we had all ordered separately and the barmaid had warned us that this would probably mean we wouldn't get our food all at once, I was a little bit annoyed when mine and Bailey's meals arrived way before everyone else's. This is one of my pet hates and I don't think it's difficult to get all the food out at once but ANYWAY. My pizza was really nice and crispy with a good amount of toppings. The presentation of them was ace too as they arrived on a big wooden board. 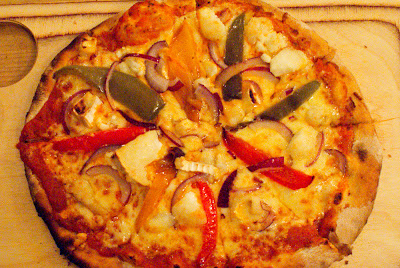 Hannah, who had ordered the same pizza as me said her's was also fab, so good reviews for the Montanara all round. With mine I also had a side salad which arrived at the same time as everyone else's meals which was really nice and perfectly dressed. 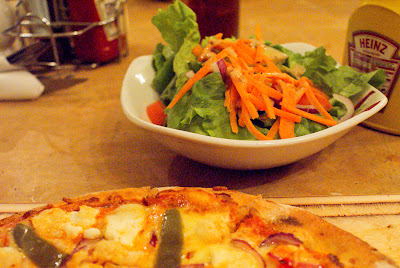 Bailey and Rob both ordered the Rump Steak (medium-rare) that came with mushrooms, tomatoes and chips. Bailey was really excited as he hadn't had a steak dinner in a pub for about ten years. 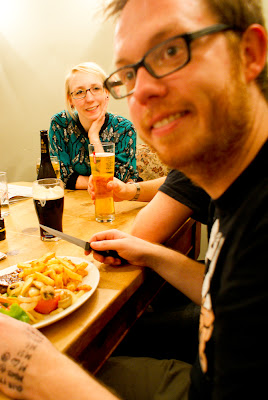 Both Rob and Bailey said the meal was really good - nice chips, everything cooked really nicely and all the components on the plate were piping hot and fresh. However both of them mentioned that their steaks were a bit underdone - more like rare than medium-rare with quite a lot of blood swimming around. 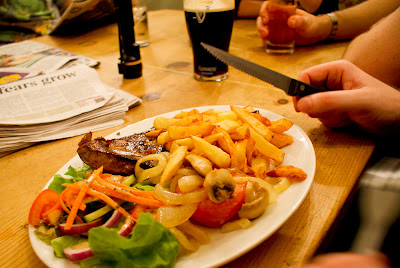 However both of them didn't seem to mind too much as neither of them sent it back and ate it all up rather happily. 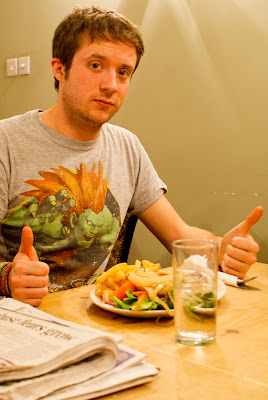 Gray's calzone arrived looking like a giant Cornish pasty. He really loved it and chowed it all down, commenting later that it was the best meal of the weekend. Great stuff. 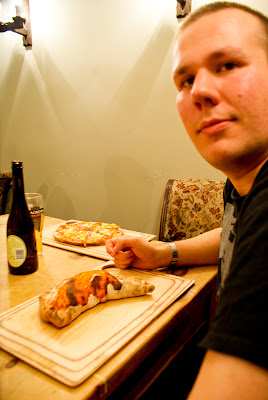 After much deliberation between her and Rob, Kat had ordered Cumbrian Stew which looked so yummy that Rob and Bailey were instantly jealous and wished they had ordered it too. The stew arrived in two massive Yorkshires (I asked Kat and she confirmed that they were homemade) with dumplings and chips. What a feast! 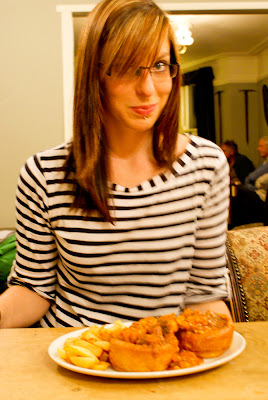 After our meal we found that the pub was a great place to relax over a game of pool in the weird drawing room. 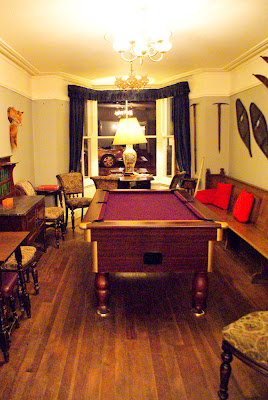 Another advantage of the Woolpack was that they served til late - 10pm I think it was - so that when the Doyles turned up later they could still fill their bellies with pizza. The place was also very dog-friendly with Gizzi getting lots of attention from staff and customers alike. 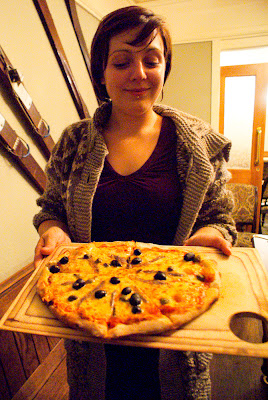 We thought the Woolpack was a very nice place to eat, with decent enough food and a nice atmosphere. We decided not to go back the next evening though as it was a long walk and the drinks were a bit on the pricey side. Worth a visit if you're in the area for a bit of a change from the usual. 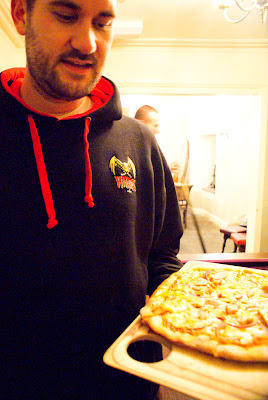 Posted by Jules at 3:21 PM
Email ThisBlogThis!Share to TwitterShare to FacebookShare to Pinterest