Last night the lovely Hannah and Gray came over to ours for their dinner. As we had the Padrón Peppers we'd ordered from South Devon Chilli Farm and were itching to try them, we decided to do a bit of Spanish food and tapas. 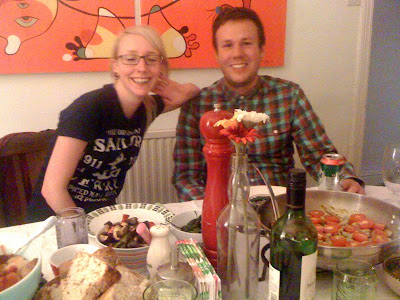 The Padrón Peppers roulette game we inevitably ended up playing was pretty fun as obviously you don't know if you're going to get a spicy one or not, and the spicy ones are usually few and far between. As it turns out it was pretty crazy as I was the first person to eat one and the pepper just so happened to be a hot one. After that no one got a hot one again! What a shame, but I guess most of the fun was the anticipation of getting a hot one and it was funny watching each other across the table and shaking our heads to signal we'd just had a normal one. I'll definitely be putting in another order for our next tapas session. 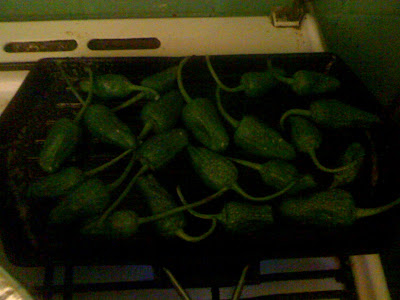 Other than the Padróns, we made some of our usual tapas favourites: Patatas Bravas, Tortilla de Patatas and roast veggies as well as a Multi-Vegetable Paella. 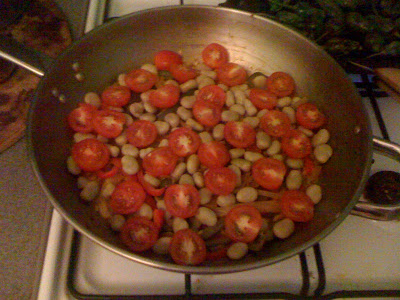 This Paella is one of Yotam Ottolenghi's little numbers and is another recipe of his that I have fallen for. It's so quick to make with such simple flavours. It contains a few choice spices which are cleverly matched to bring out the best in the ingredients. This is also the first time I've made it when I've actually had some Saffron threads to use as well so that was exciting although I'm obviously a pleb as I didn't really notice much difference in flavour. 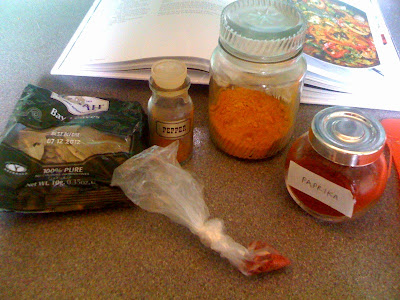 The flavours in the paella worked very nicely with the other tapas dishes we made and looked lovely and colourful on the plate. It's also packed full of veg so a really healthy meal. 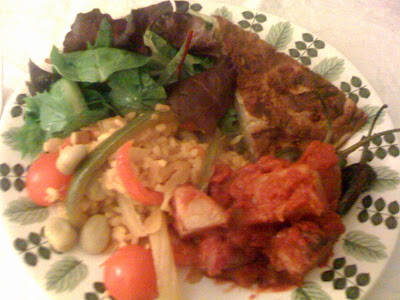 The only issue I had this time was that Asda was out of stock of Paella Rice. I therefore thought it would be OK to swap it out for arborio rice. Obviously the difference between risotto and paella is that you don't stir paella (Roy Morris lost all respect for Gordon Ramsay when he saw him stir a paella on the telly) and I think for this reason my paella turned out a little on the al dente side. Will make sure I get some proper rice next time!

When Roy Morris makes his epic paellas at the Morris house, he always has his veggies all chopped up and ready before he starts cooking so I thought I'd do that this time. 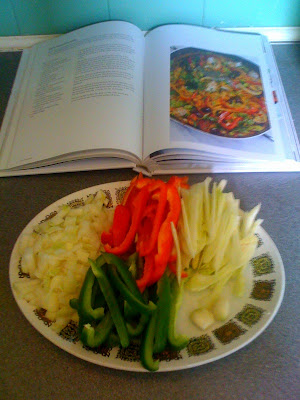 Fry the onion for five minutes, before adding the peppers and fennel and frying for a further 6 minutes. Add the garlic and cook for another minute. 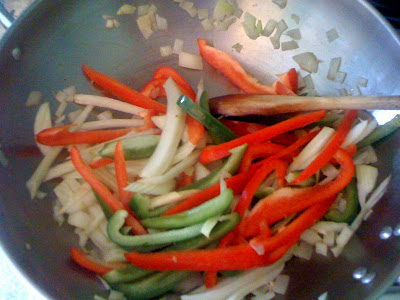 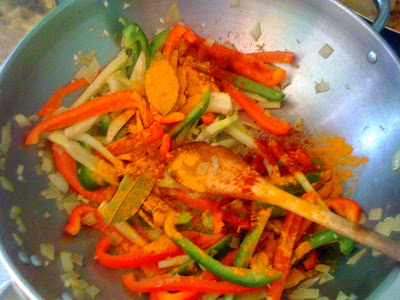 Can I just say... at this point I stopped cooking and left the veg in the pan for a good few hours as I wanted to have everything prepped ready so that when Hannah texted to say she had finished work, I could just add the rice and get everything going again. I think this allowed the veggies to start absorbing the flavours of the spices but obviously normally you wouldn't have to do that. But anyway, that's the reason the first photos were taken in the light and the last photos were in the dark!!

Add the rice and stir in for a couple of minutes to allow the spices to coat the rice nicely. 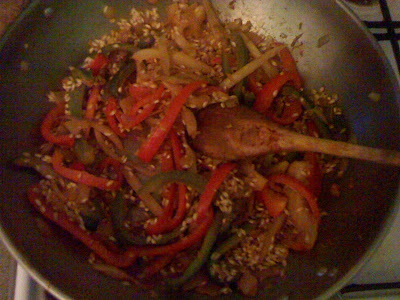 Add the sherry and saffron, stir well and boil off for a few minutes then add the stock and a bit of salt. Cook over a low heat for 20 minutes until most of the stock has been absorbed by the rice. 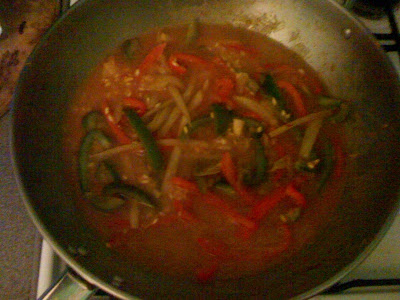 Scatter the top of the paella with the tomatoes and broad beans. 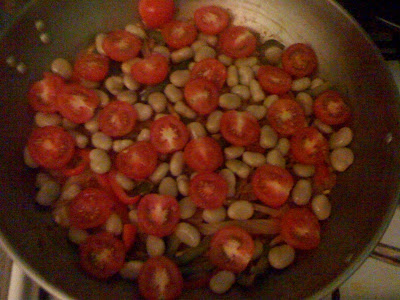 Cover tightly with foil and leave to rest for 10 minutes. Serve with lemon wedges for squeezing! 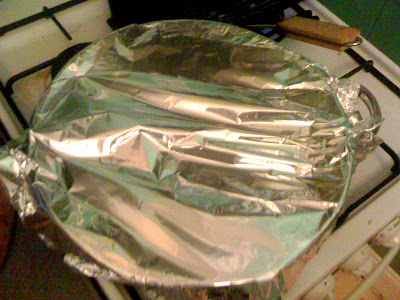 Posted by Jules at 8:29 AM
Email ThisBlogThis!Share to TwitterShare to FacebookShare to Pinterest