Ahhh Mother's Day. For most families, this seems to mean eating a crappy set menu always featuring prawn cocktails and a dry roast dinner in an overcrowded country pub. Can't think of anything worse. Fortunately for me, one of the many advantages of having a Colombian mum is that we generally don't do what other families do on occasions like this, I can't even remember the last time I saw my mum tuck into a roast anyway. As it was up to her to choose the venue for her day out, she went for her new favourite restaurant - Rama's Bridge in Crookes. 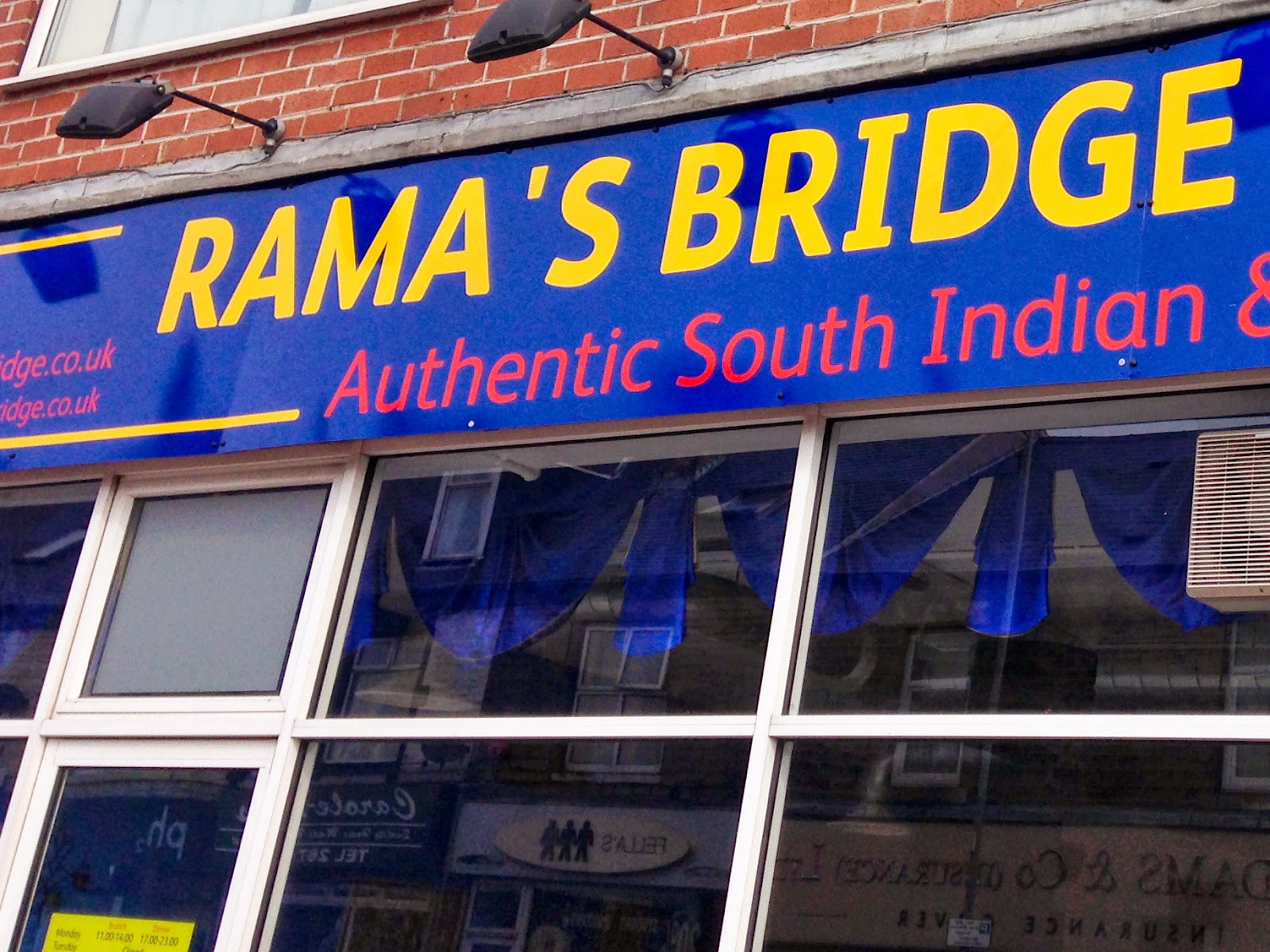 South Indian food appears to be growing in popularity over on this side of the Pennines and according to
local blogger @FeastandGlory, this is also the case in sunny Sheffield. My parents are delighted about this seeing as they've been dosa-mad since that time we showed them the wonders of Sindhoor. 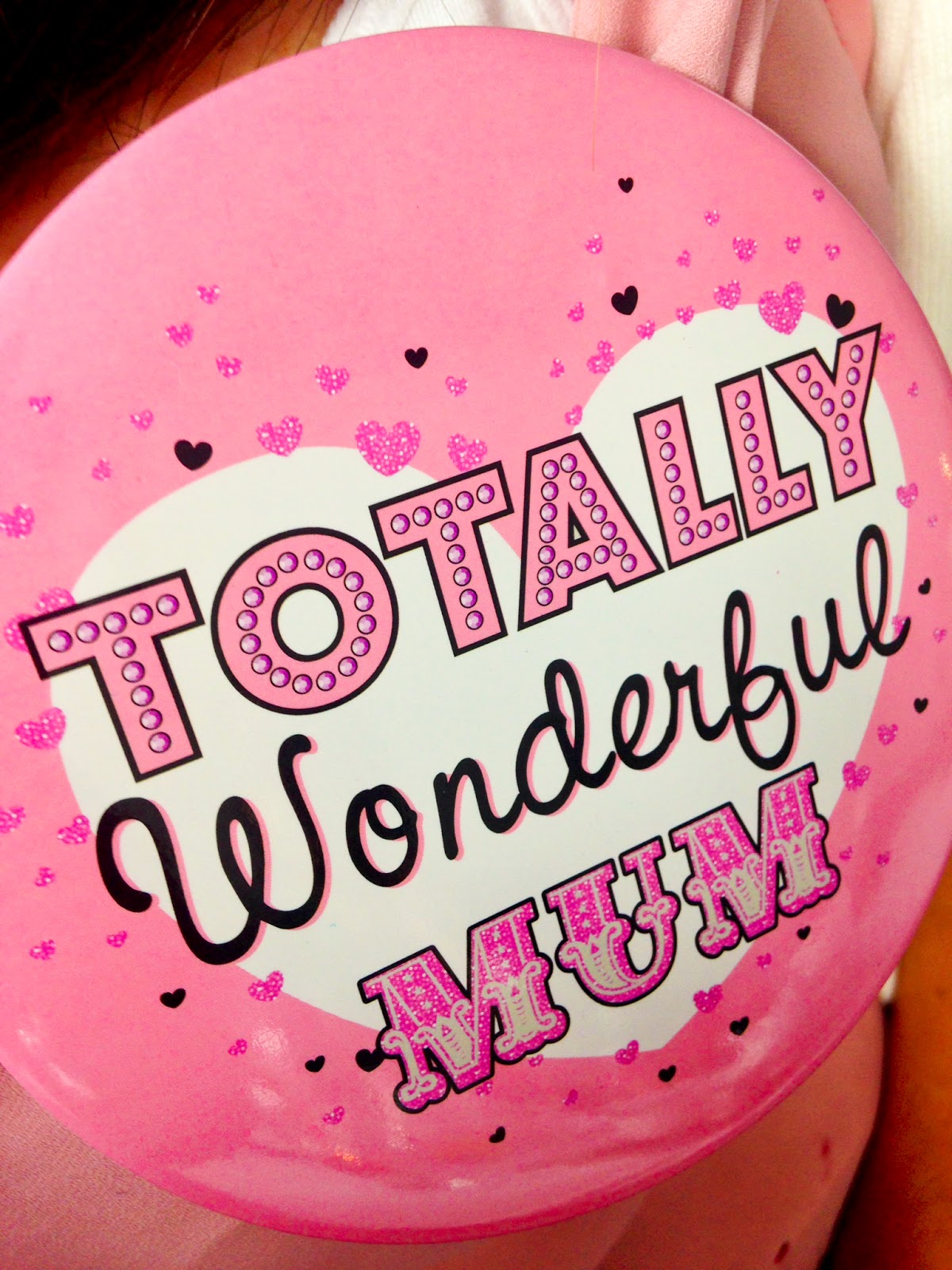 Predictably, me and mum couldn't resist starting our meal with some portions of Idli and what was unrealistically referred to by the menu as a "Mini" Masala Dosa to share. The dosa was tasty, although there was nothing mini about it. The Idli were just light and moist enough to get away with not being soaked in a bowl of sambar but not soggy either. Bailey's Chicken Samosas were crispy and generous on the filling, although he wasn't too keen on the chilli sauce and preferred dipping them into our lovely chutnies. 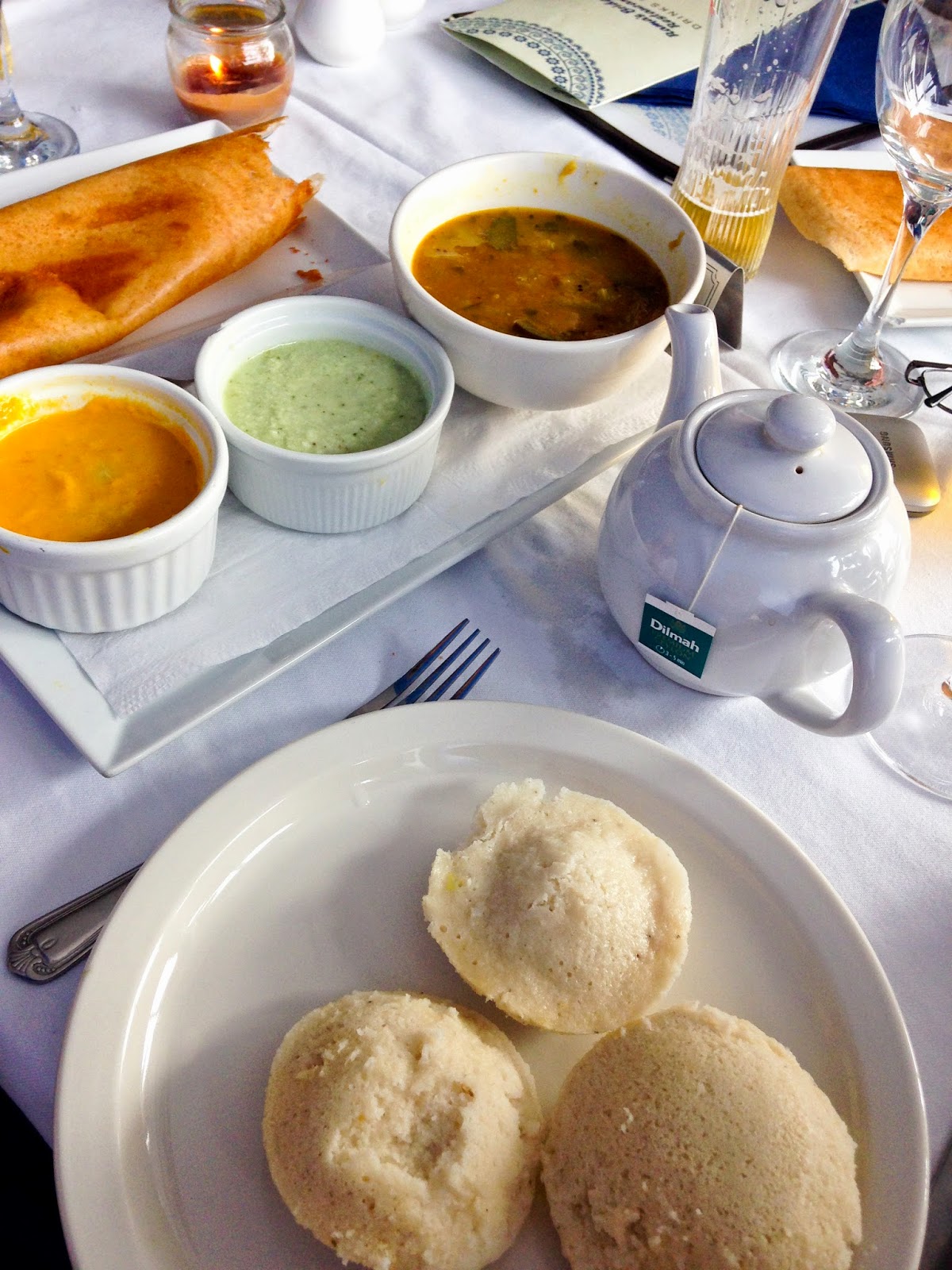 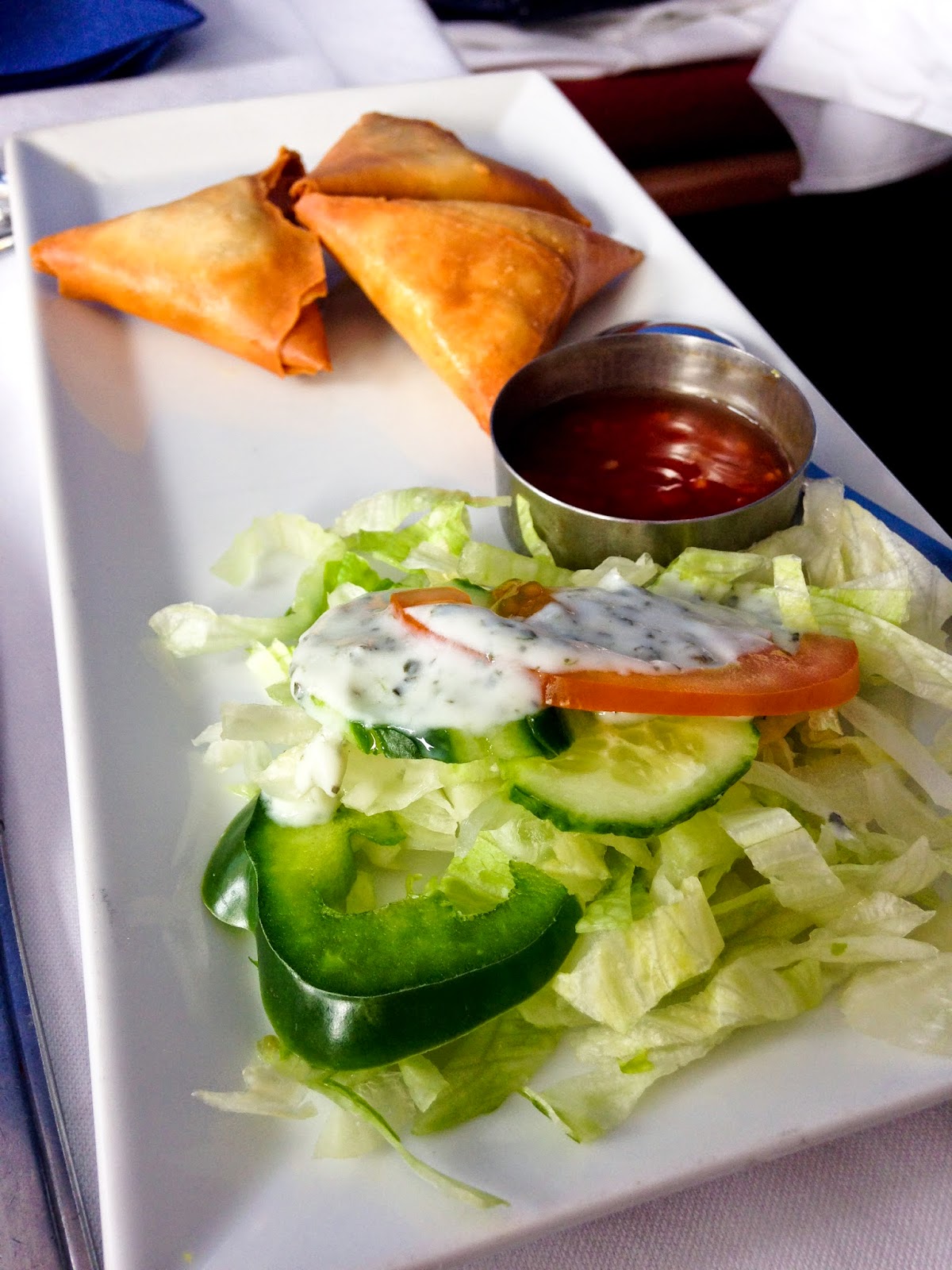 This would be a good time to mention how genuine and friendly the service was throughout the meal. One example of this was that, when I couldn't decide between the Dal & Spinach Curry and the Channa Massala, the waiter said that because they were both so delicious he would give me two side portions of each and only charge me for one. How brilliant. Even better when they arrived and both appeared to be the exact same size as everyone else's curries, AND they were too delicious to leave, resulting in me almost having to be carried out of the restaurant due to a carb/legume induced coma. 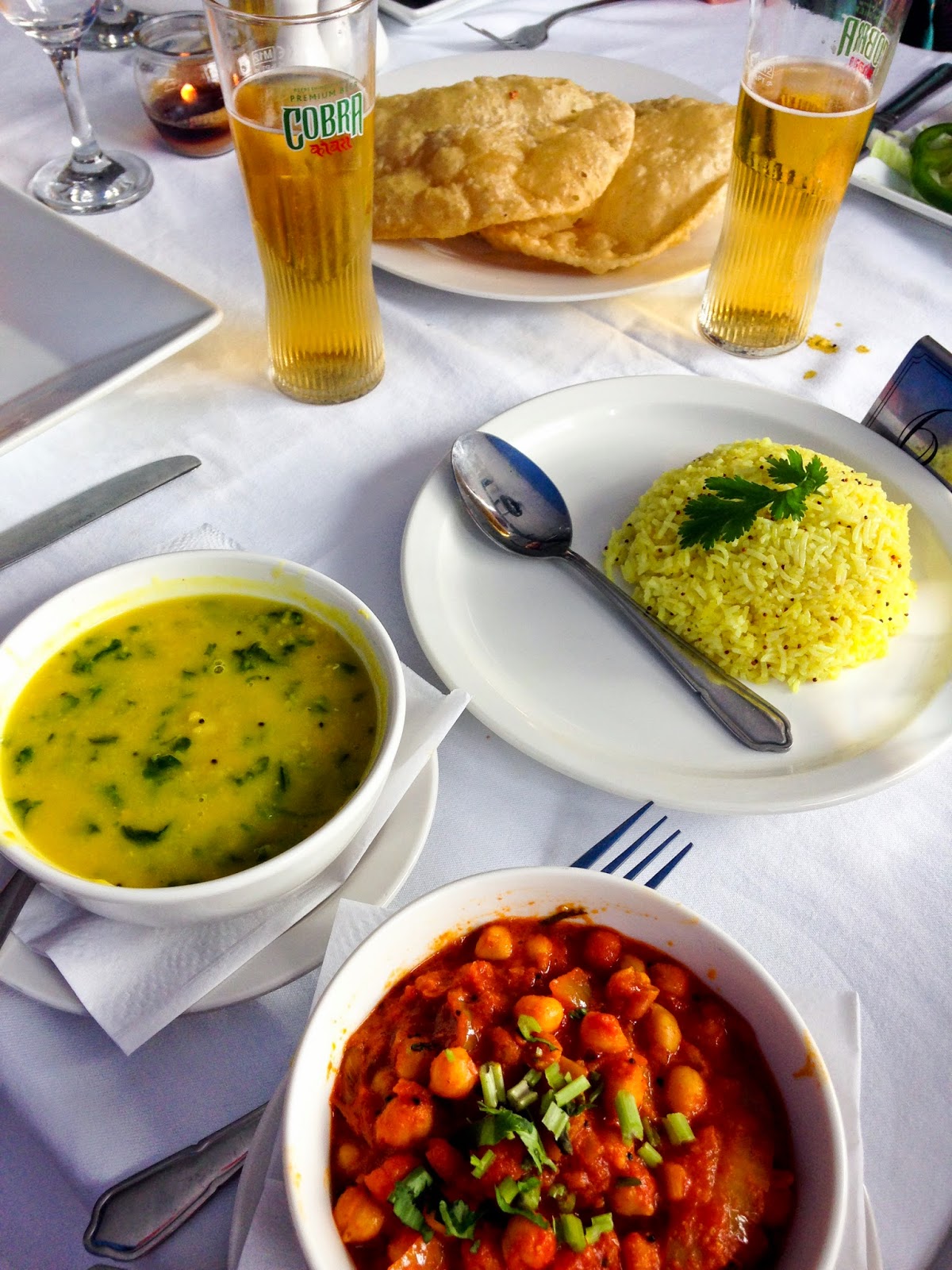 We were also impressed that when Steve's Kumrakom Fish Curry was a few moments late in arriving, the lady actually RAN out of the kitchen to deliver it to him. Oh and this was also delicious. In fact, everyone's was delicious, suffice to say we were collectively very impressed with the fresh, hearty food we were served at Rama's Bridge. 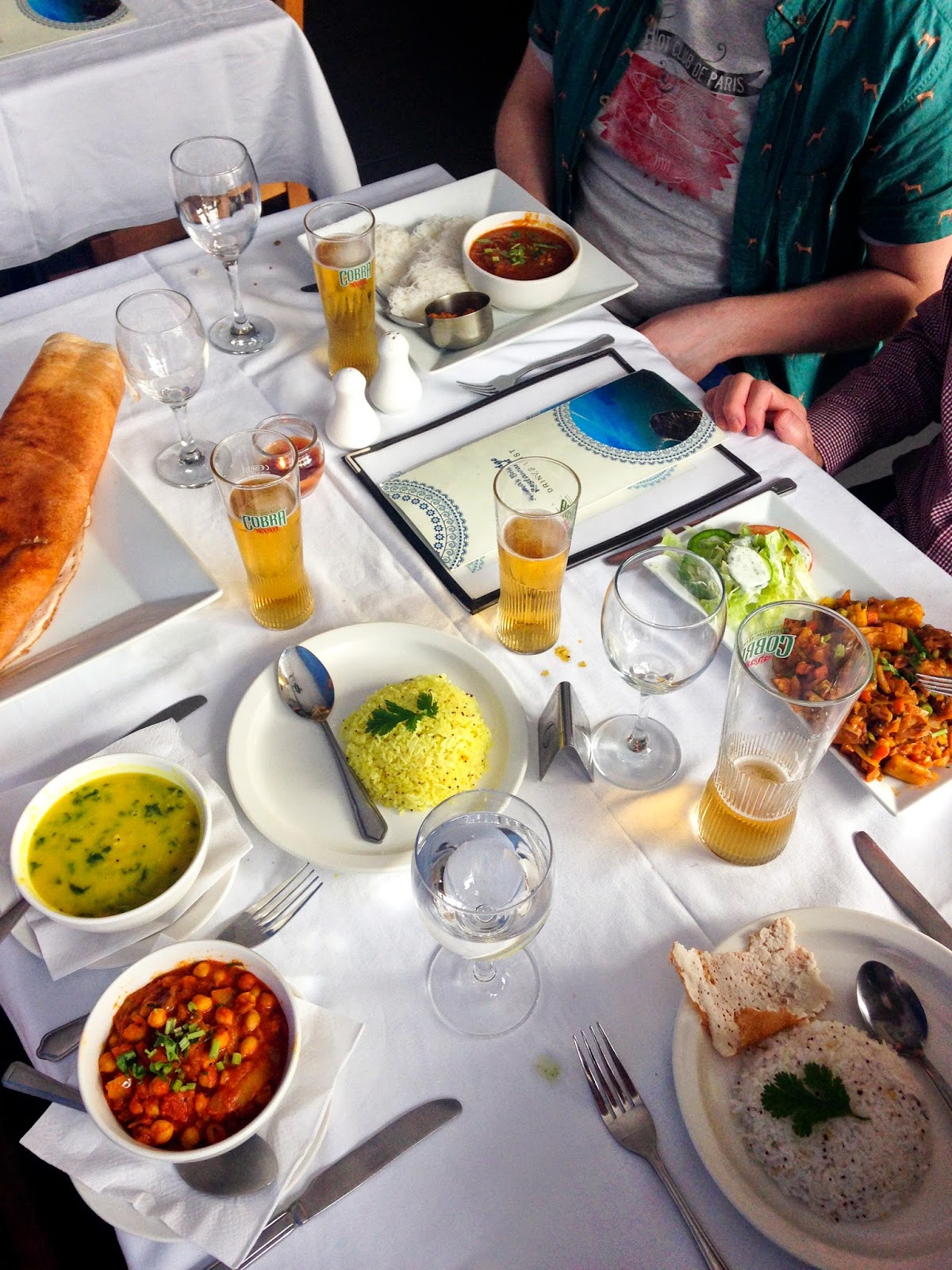 I do have to say that this was a particularly joyous Mother's Day as it was the first one in yonks where we've all been together as a family - my brother is recently back from his travels and I get the impression that mums are at their happiest when they've got all their wandering children back in one place. Truth is I hadn't even really thought about the food and we were going to have a great time whatever was put in front of us so this is what made it such a lovely surprise when everything was so tasty and the service was so spot on. 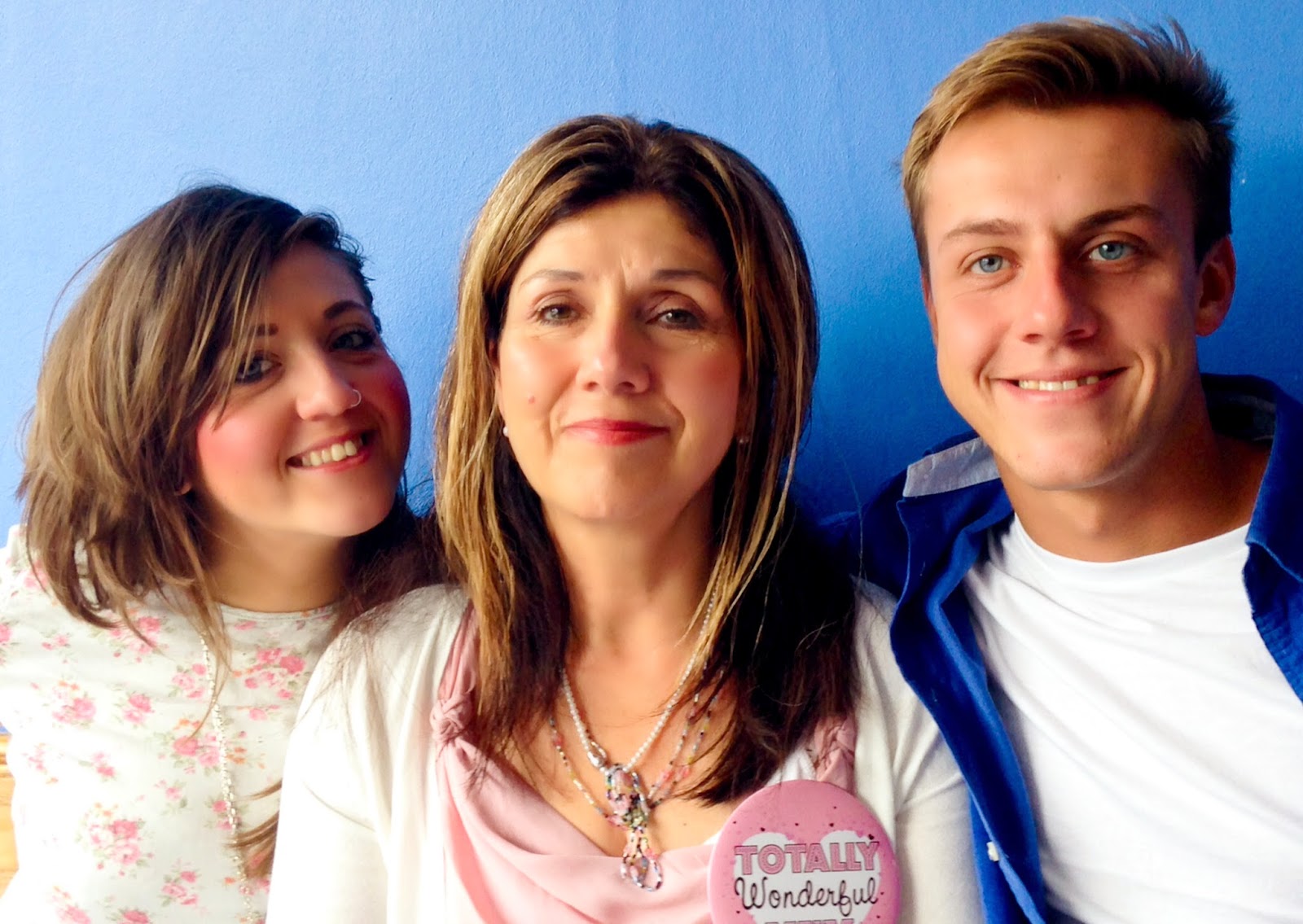 While I have to admit to knowing very little about the South Yorkshire dining scene, it would appear to me that Rama's Bridge is an excellent addition to Crookes' high street and Sheffield's repertoire of restaurants. Definitely worth bobbing into if you're round that way. 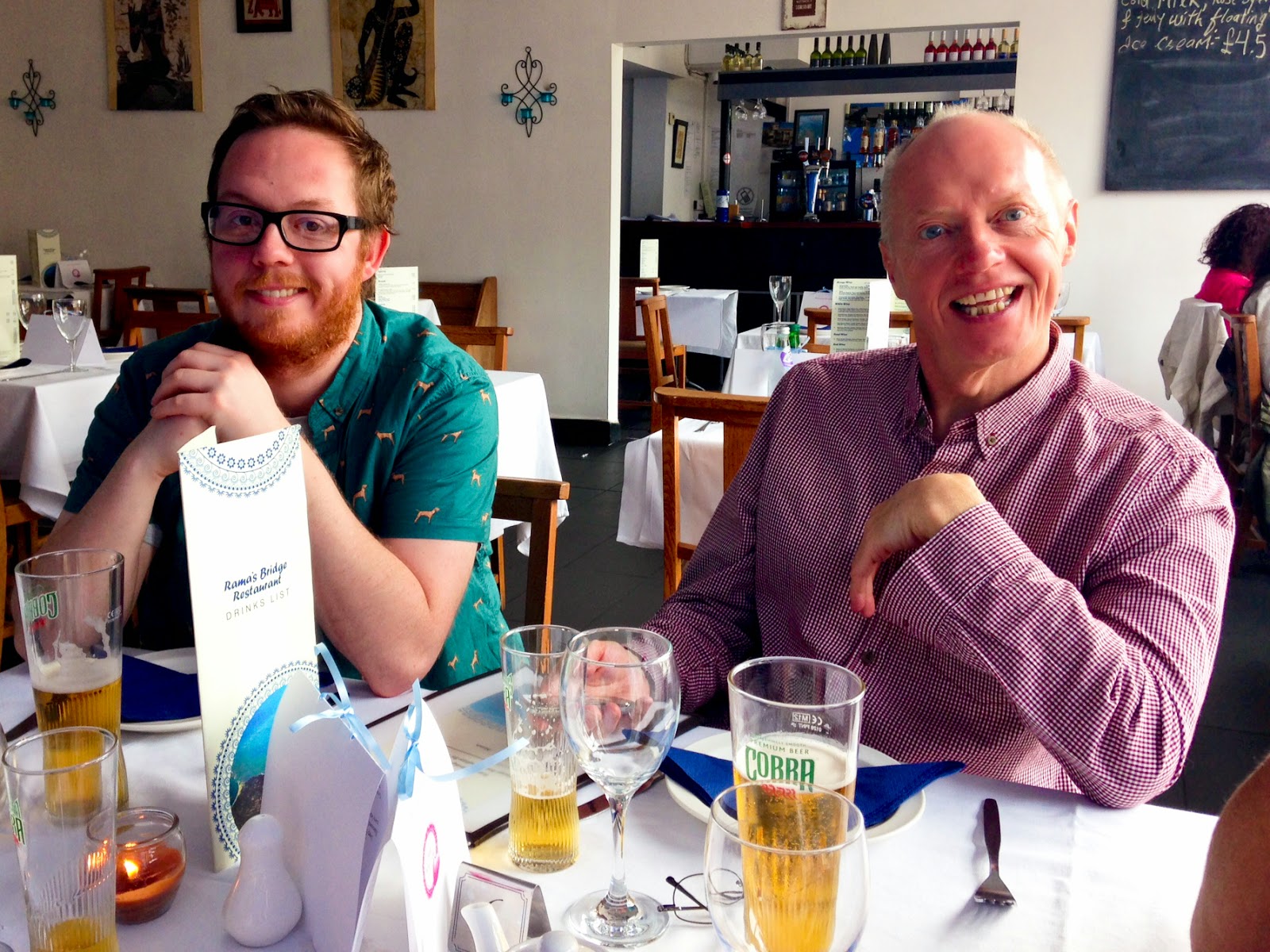