While Levenshulme may be considered by some as one of the more 'woefully downtrodden' areas of Manchester, what a lot of people don't know just yet is that it is becoming something of a foodie hotspot. The success of Levy Market is bringing food lovers in from far and wide, Incredible Edible Levenshulme is gearing up to line the A6 with communal organic fruit and veg, there's the ever-impending threat of a good pub opening (it's got to happen sometime, right?) and now the number of Levy-based supperclubs is going through the roof. What with @mcrfoodies, @andreadellos and @neilbuttery already in operation and whisperings (*taps side of nose*) of other established supperclubbers considering a move to the area, it's looking like Levy will soon be the supperclub capital of Manchester. 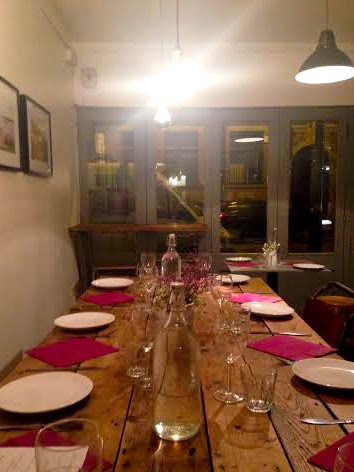 Season's Eatings are more food-loving Levy residents who have started holding monthly supperclubs at Levy's most beloved Trove; does the fact that it's in Trove disqualify it from being a true 'supperclub'? We don't really care, we're just happy to have it on our doorstep, besides, the fact that it's at Trove means you get to eat Trove bread which can only be a good thing. We were really excited after reading all about Season's Eatings' ethos and being sent a copy of their menu. We couldn't help commenting that their love for seasonal ingredients, interesting pairings and delicate cooking to allow true flavours to shine through reminded us of Simon Rogan and incidentally Mr Cooper's House was somewhere we were also excited to be visiting just four days later. 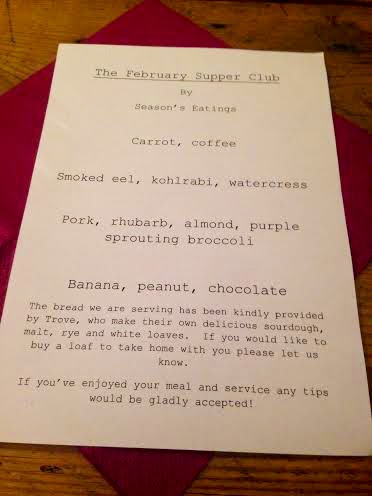 We started off badly by being 'those guys' and arriving embarrassingly early. Despite feeling very welcomed but knowing we were a nuisance, this did have its advantages because we were given extra cocktail. And what a cocktail it was! Campari + gin + rhubarb + apple + jam jar = heaven. 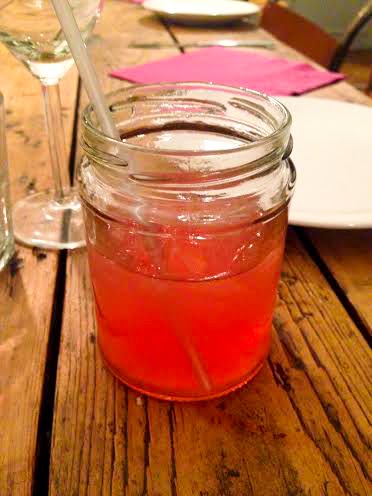 Trove Bread (which if you haven't tried, you should, really really) was soon delivered to the table, served with two home made butters - salt & pepper and Marmite. I didn't know which butter I loved more which made the decision of which one to spread onto the last bits of bread very difficult and also caused me to be tempted to eat butter on its own which can never be a good idea in civilised surroundings. 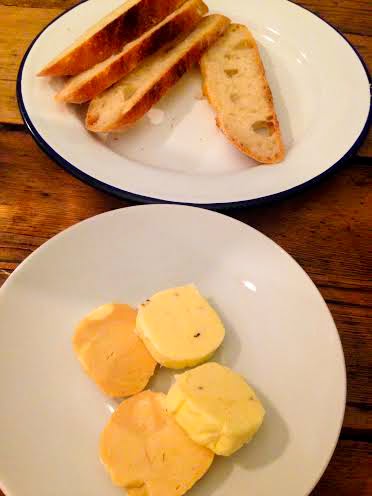 The amuse bouche of Carrot, Coffee was a curious thing - possibly not for everyone this one but certainly warmed the mouth up for the main event and got us oohing and ahhing. 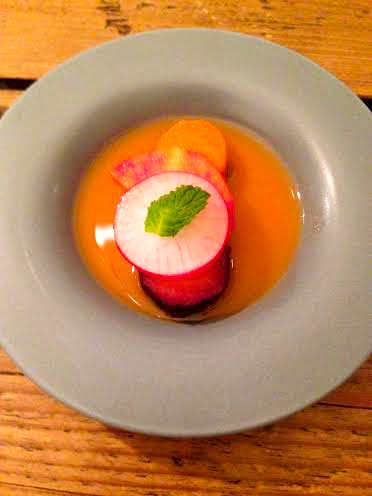 Smoked Eel, Kolrhabi, Watercress was next and I've not eaten eel many times before but have always enjoyed it, however this was certainly one of the most lovely fish, let alone eel dishes I've ever eaten. I adored the sharp, sweet green apple and the crunchy cracker bread underneath. 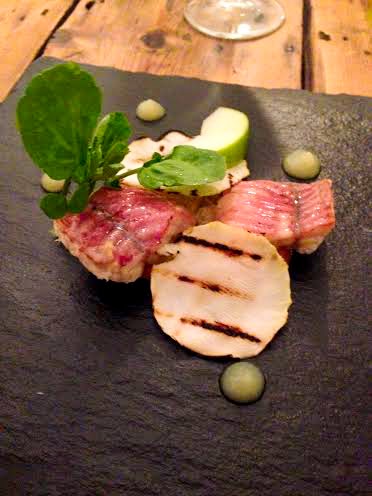 Bailey said he couldn't believe how meaty the fish was and kept saying that as a pescatarian this was the closest thing to meat I'd ever eat. Meaty or not I didn't care, this was a stunner of a starter and this was the moment we started realising how special the meal we were eating this evening was going to be. 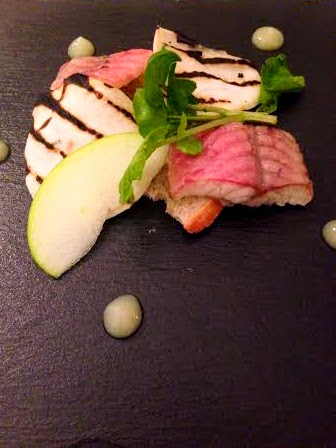 The main course was Pork, Almond, Rhubarb, Purple Sprouting Broccoli. The veg really did live up to the name of 'Season's Eatings' as it tasted so fresh and lovely like it had just come straight out of the field. The pork was perfectly cooked and we particularly loved the subtle mustard flavours, crunchy fennel and beautiful smooth almond purée. 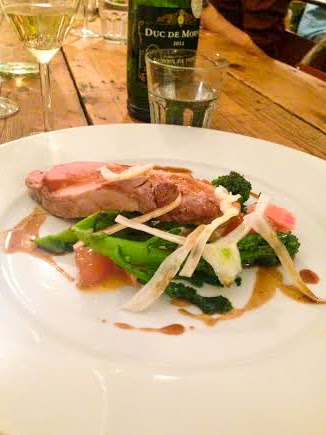 It was difficult to believe that my salmon was an 'alternative' as everything tasted absolutely bang on. Wonderful! 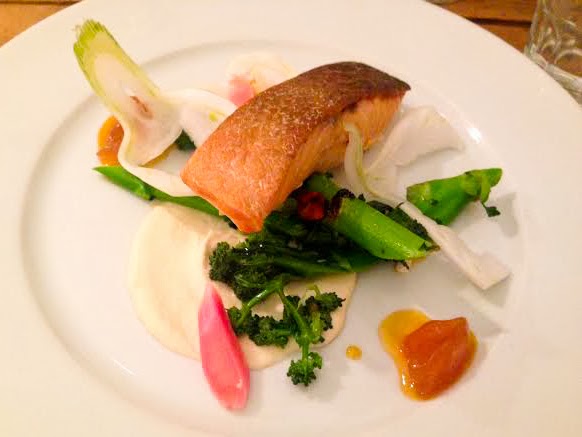 This was one of those meals where you start to feel a bit sad about dessert coming because you don't want it to end. Banana, Malt, Peanut sounded like the simplest of the courses but was actually probably the most complicated. What the dish's title hadn't given away was that there would be the likes of curried peanut butter biscuits and peanut powder on the plate - there was loads going on here. Everything tasted delicious individually but all together on the spoon the flavour was tantalising! So good we saw other tables ask for seconds! 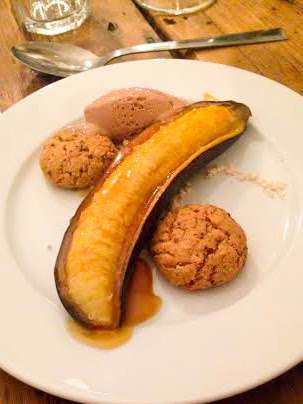 At this point we started dropping off at the table (Thursday may be the new Friday but Friday for teachers means not being able to keep your eyes open past 10pm) so we bowed out, taking our light as air after dinner marshmallows home with us. 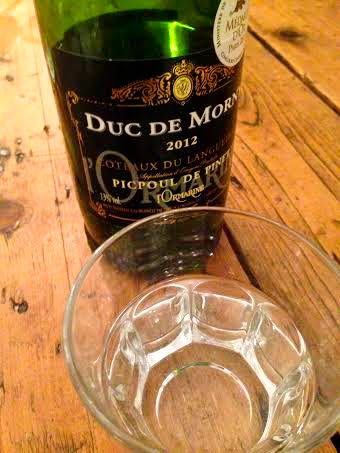 We were pretty much speechless all the way home that a) we had just eaten a meal of such a high quality, b) we had done so in good old Levy and c) the whole experience had cost us a mere £30 a head - making it without a doubt the best value meal we've ever eaten. It's safe to say we were bowled over. You'd be a fool not to book yourselves on to the next one, although their tickets do seem to be selling like hot cakes and next month's event is already sold out, scuppering the plans we'd made that evening to make a visit to Season's Eatings a monthly post-payday treat. 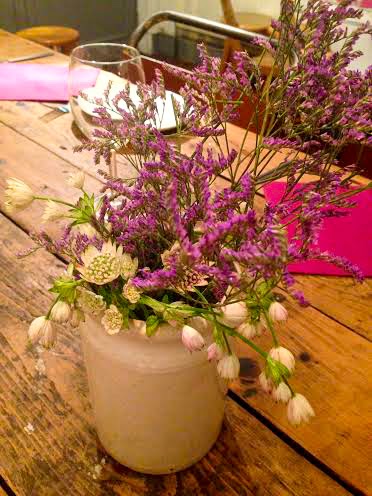 So we'd gone to Season's Eatings not knowing what to expect but knowing that the menu had made us think of Simon Rogan. One of the first things Bailey said to me afterwards was that he was worried he wouldn't enjoy Mr Cooper's as much now as his expectations would be so high... So how did it compare? Well we haven't written that review yet but let's just say we think your hard-earned money would be better spent booking onto one of Season's Eatings' very special events! 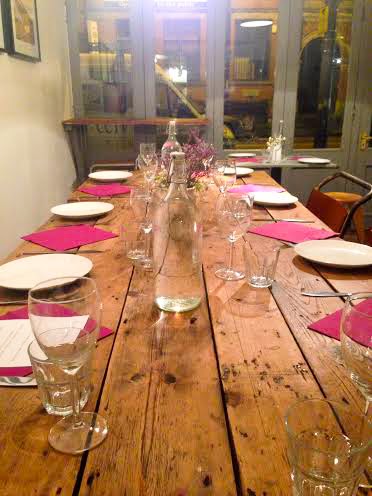 Posted by Jules at 8:18 AM
Email ThisBlogThis!Share to TwitterShare to FacebookShare to Pinterest