Seeing Debbie work wonders with leftover cauliflower and knock Simon Rogan's socks off on Tuesday's episode of the The Taste reminded me that I had this little Cauliflower Velouté recipe knocking about in the blog drafts. 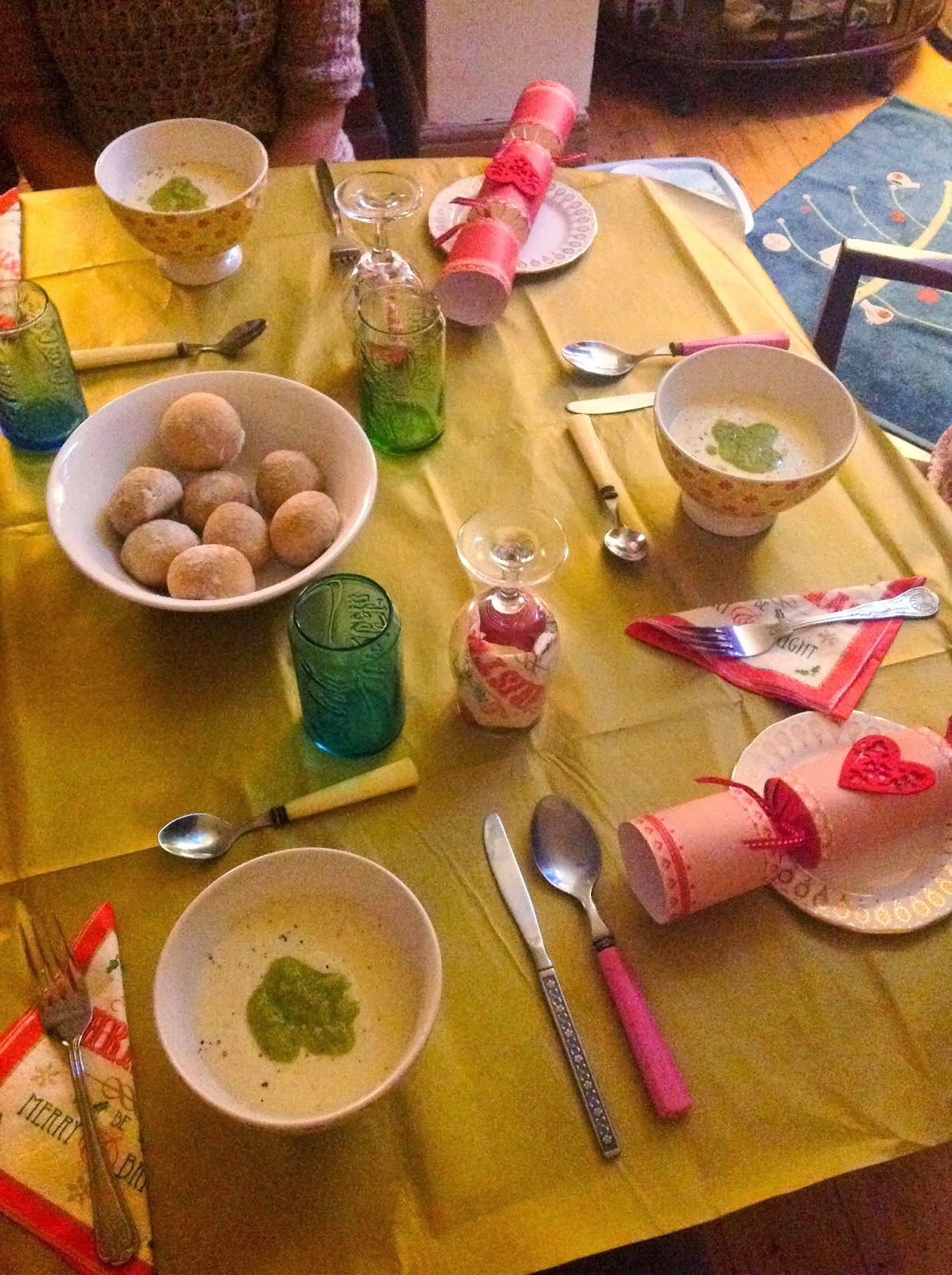 I made this for our Christmas Day starter as we wanted to start our dinner off with a soup, but more posh. It was a good choice as not onerous or difficult to make at all. 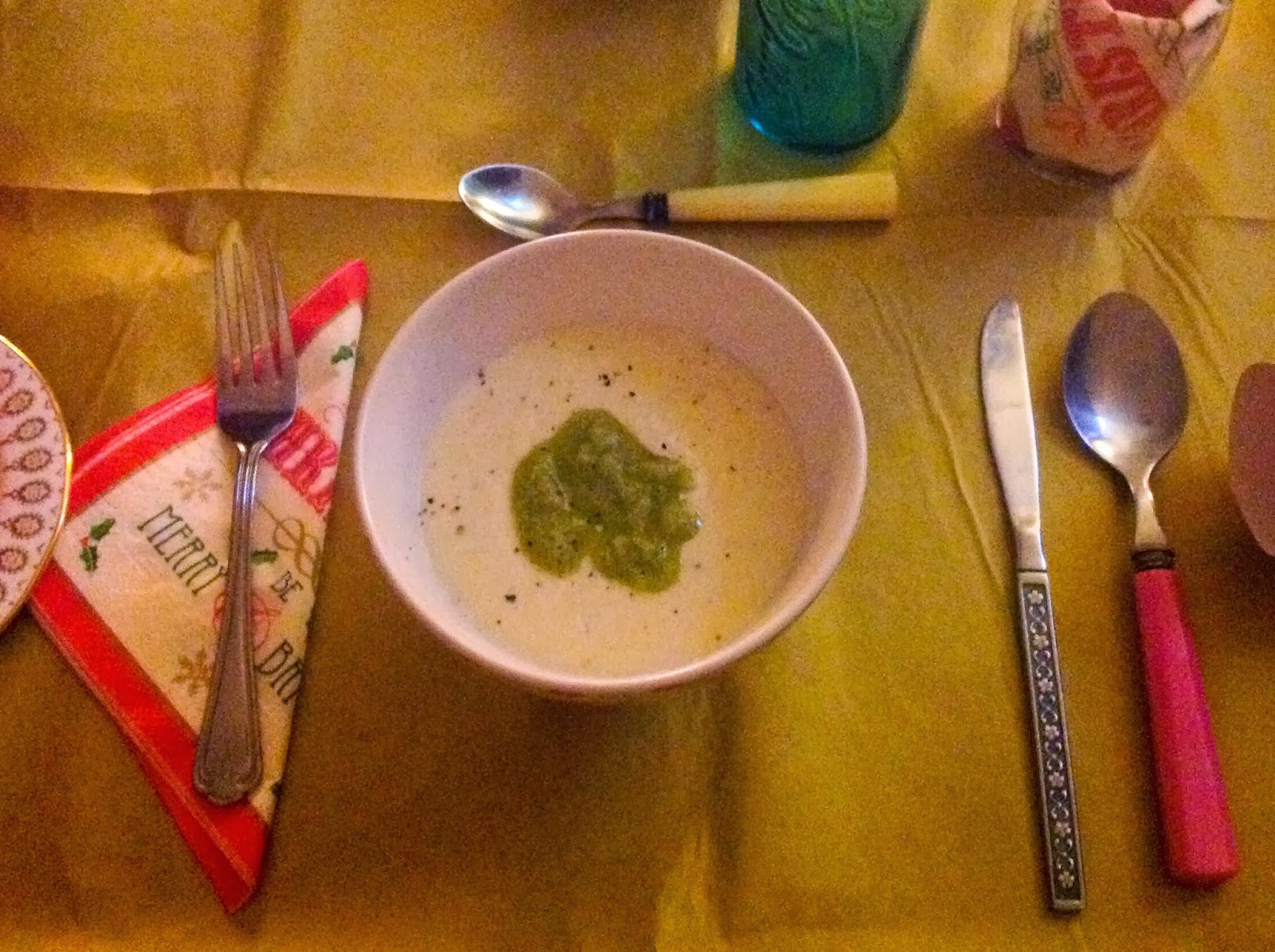 I got the idea for the Cauliflower Velouté from one of the most delicious starters I've ever had at The Wig & Pen. That bad boy was like eating the most amazing cauliflower cheese but in a soup version that has been made by magical fairy chefs. My version... not so good, but decent enough! 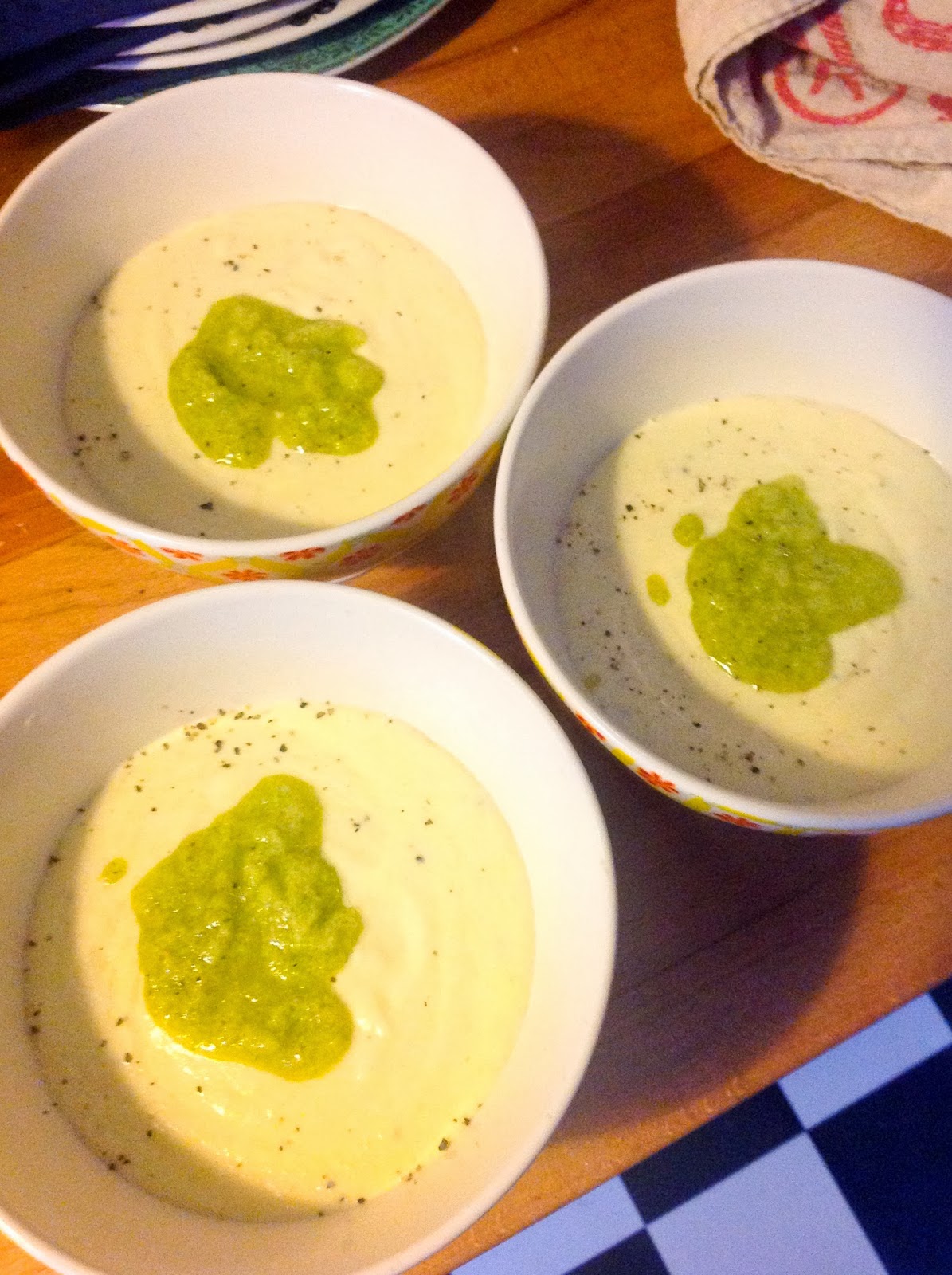 In order to try and recreate the Wig & Pen genius, I basically decided to base the recipe on cauliflower cheese. It was a good starter and particularly nice with the wholemeal bread rolls Bailey made for us using Country Wood Smoke's bread recipe which is probably our most made recipe ever - you should really try it! As for the velouté, well I'd make it again but need to sort something out to combat the graininess - sieving the cauliflower mix perhaps! 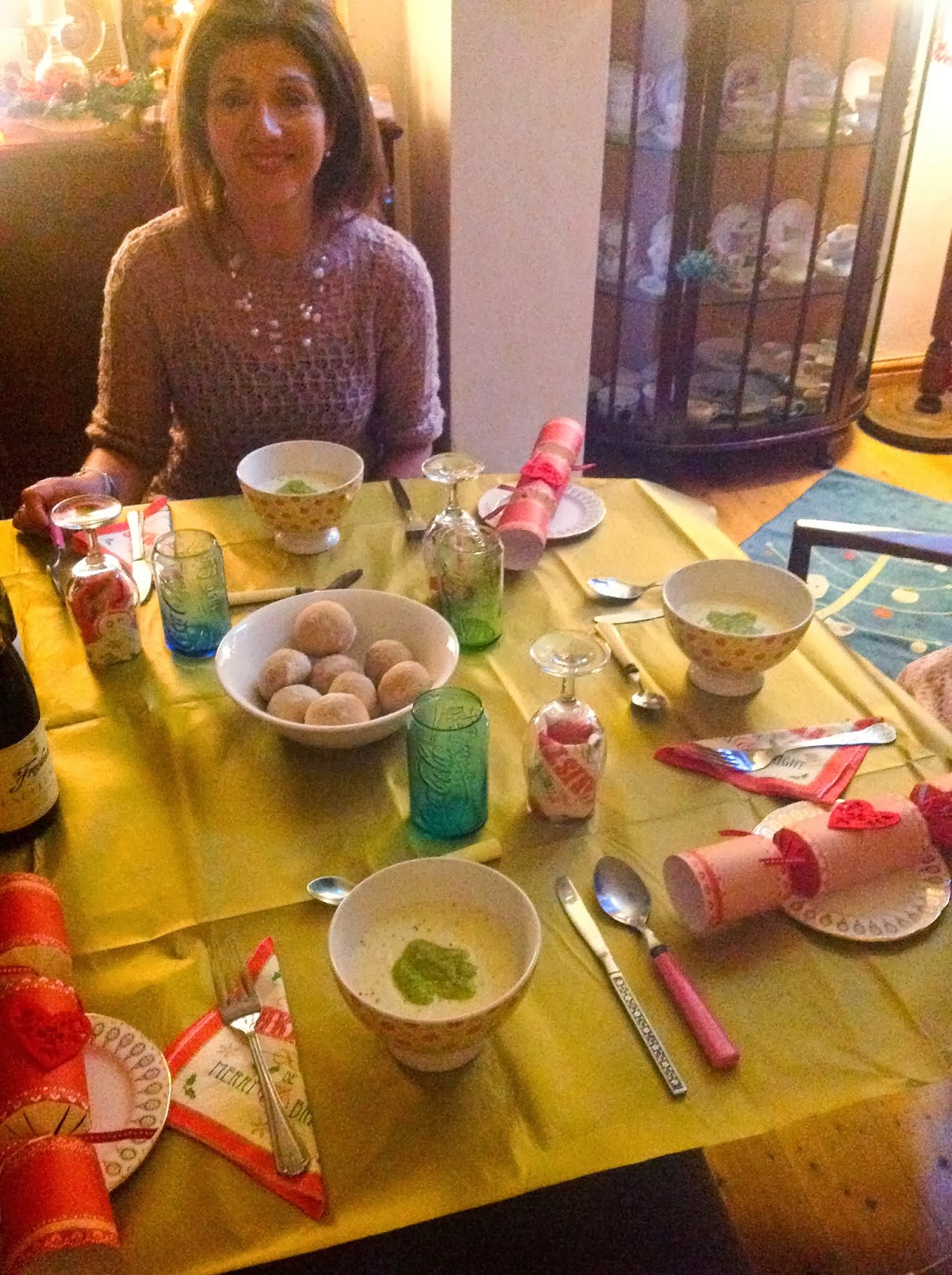 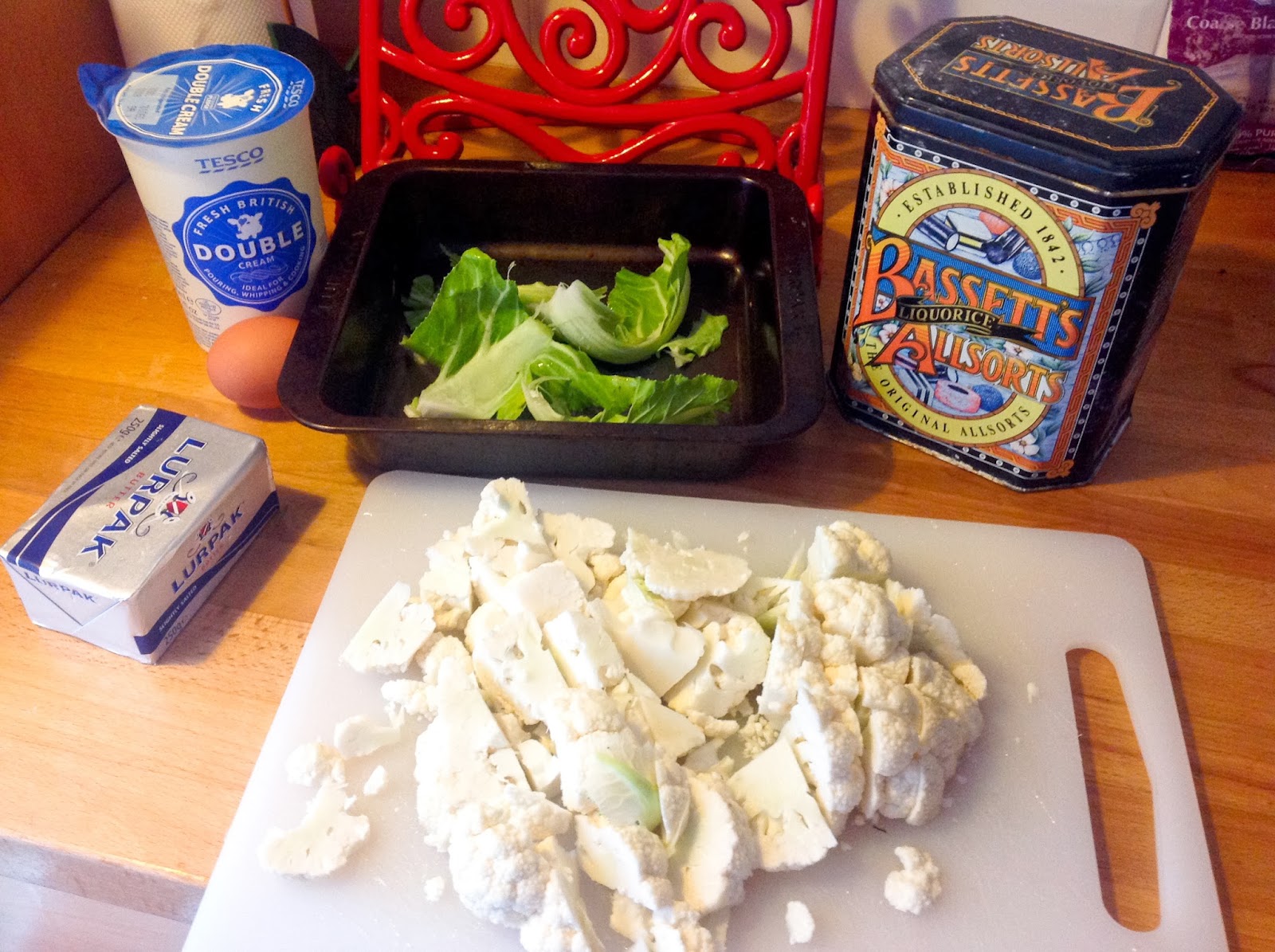 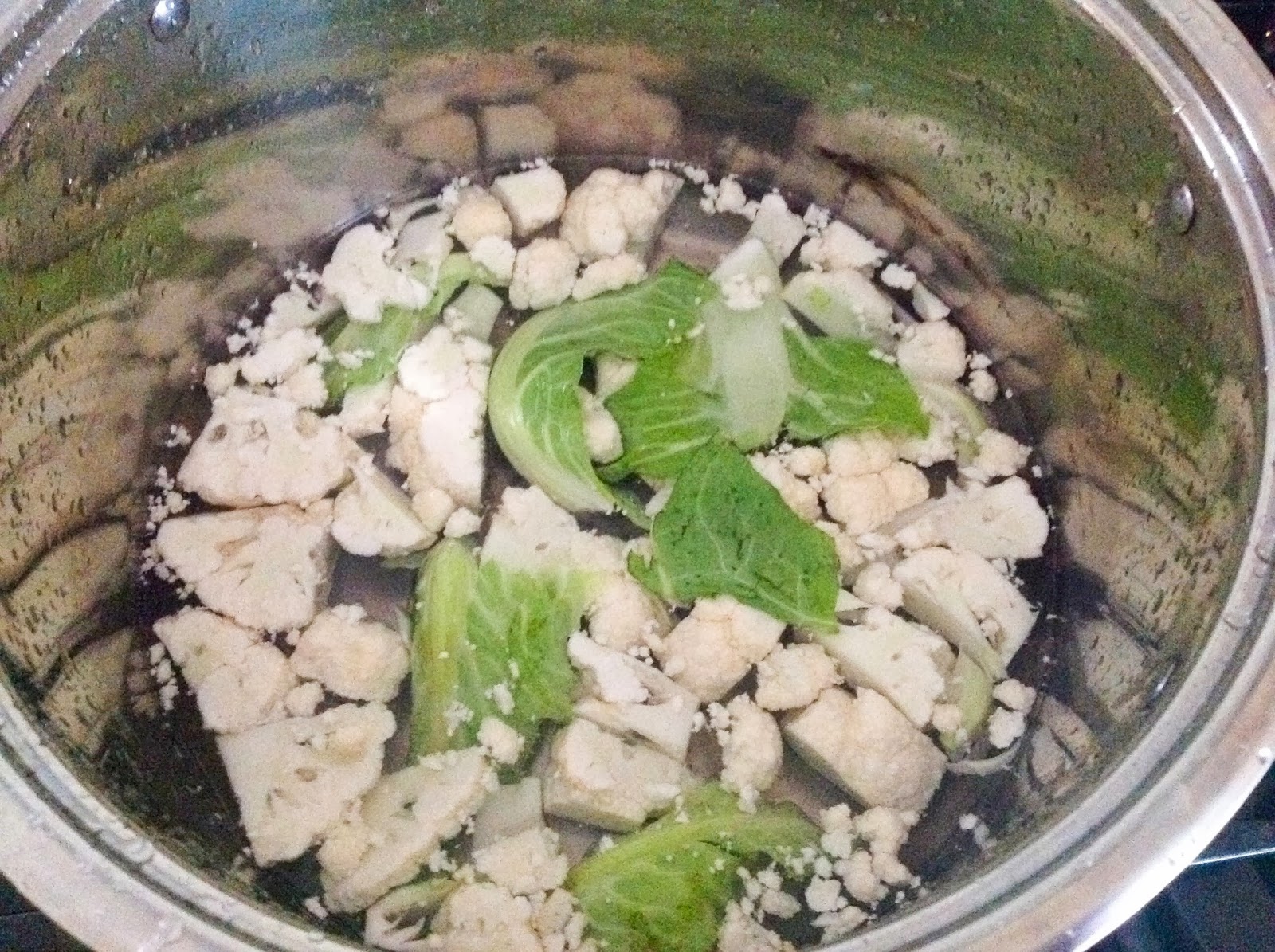 Remove from the heat, and separate the water, the leaves and the florets and put to one side. 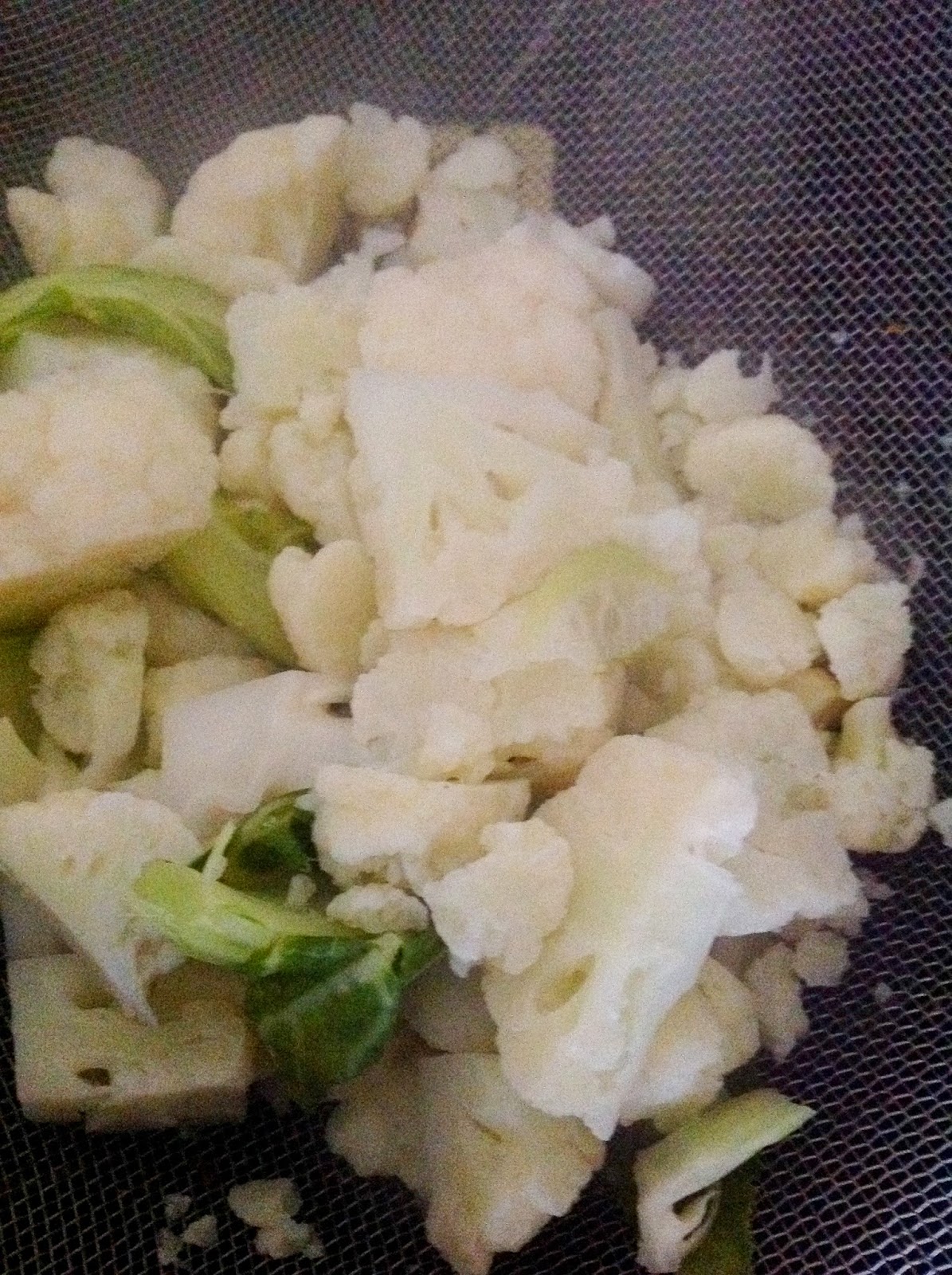 Meanwhile, make up the velouté sauce by melting the butter in a saucepan and stirring in the flour. 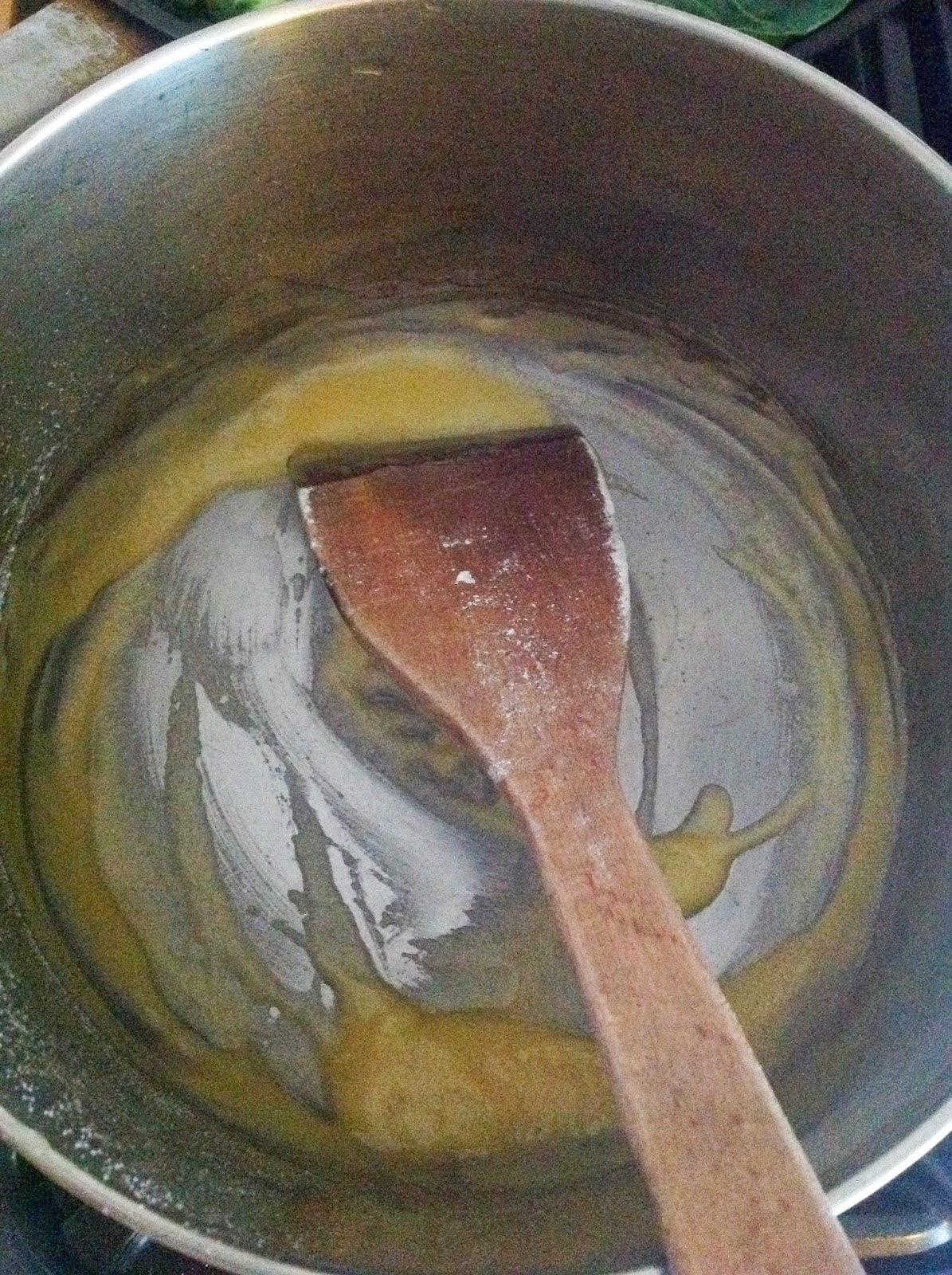 Very gradually add around 100-125ml of the saved cauliflower water to the butter/flour mix to make a sauce, stirring carefully throughout to ensure you don't get any lumps! 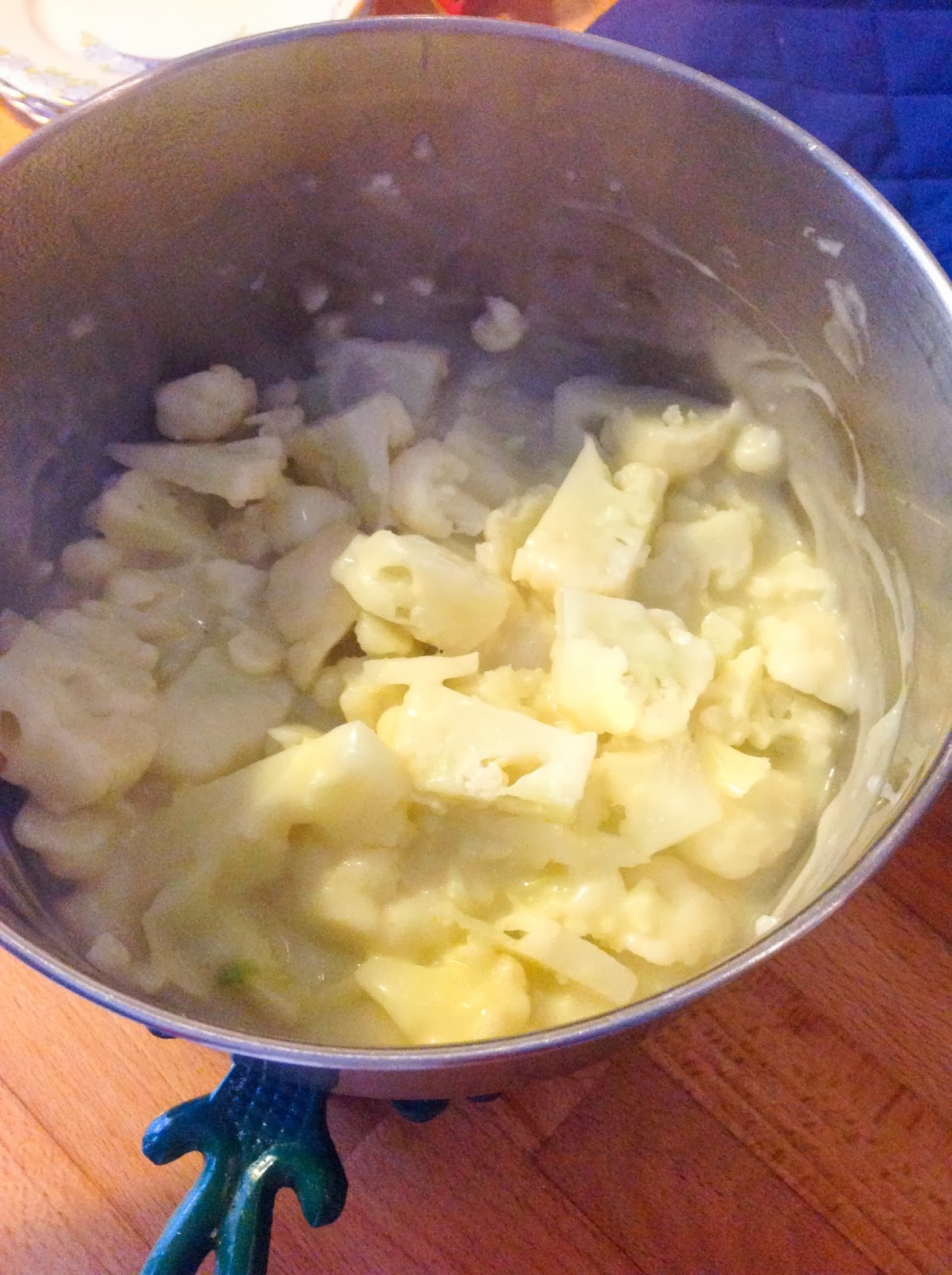 Stir in the cauliflower before blending everything together to make a nice, smooth purée (I think next time I will actually pass this through a sieve to get it smoother as this version was a bit grainy).

Take the cauliflower leaves and a few dashes of truffle oil  to taste and blend together with a bit of salt and pepper until you get a nice oil and set aside. 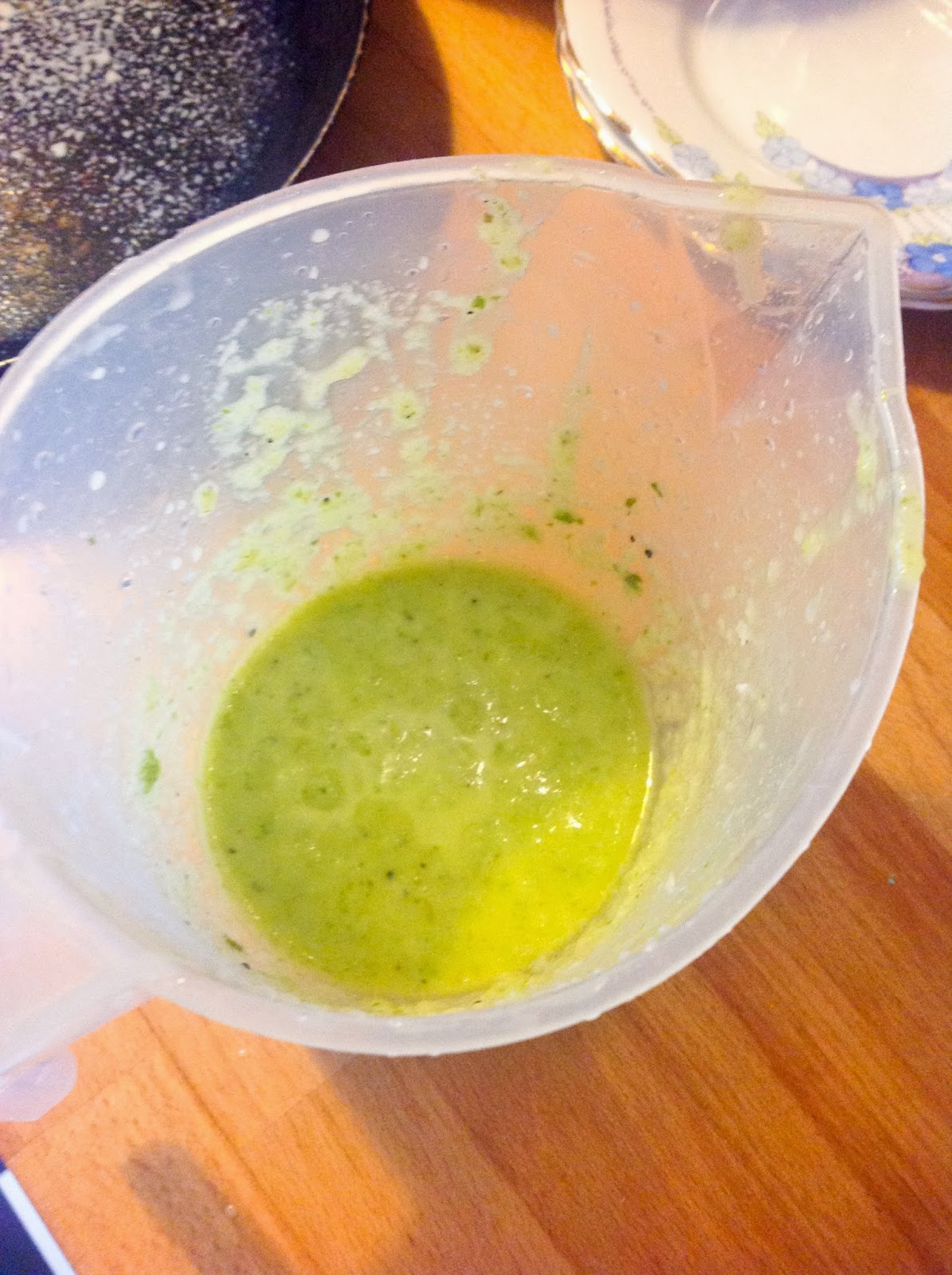 When you're ready to serve your soup, whisk together the cream and egg yolk and in a separate jug. 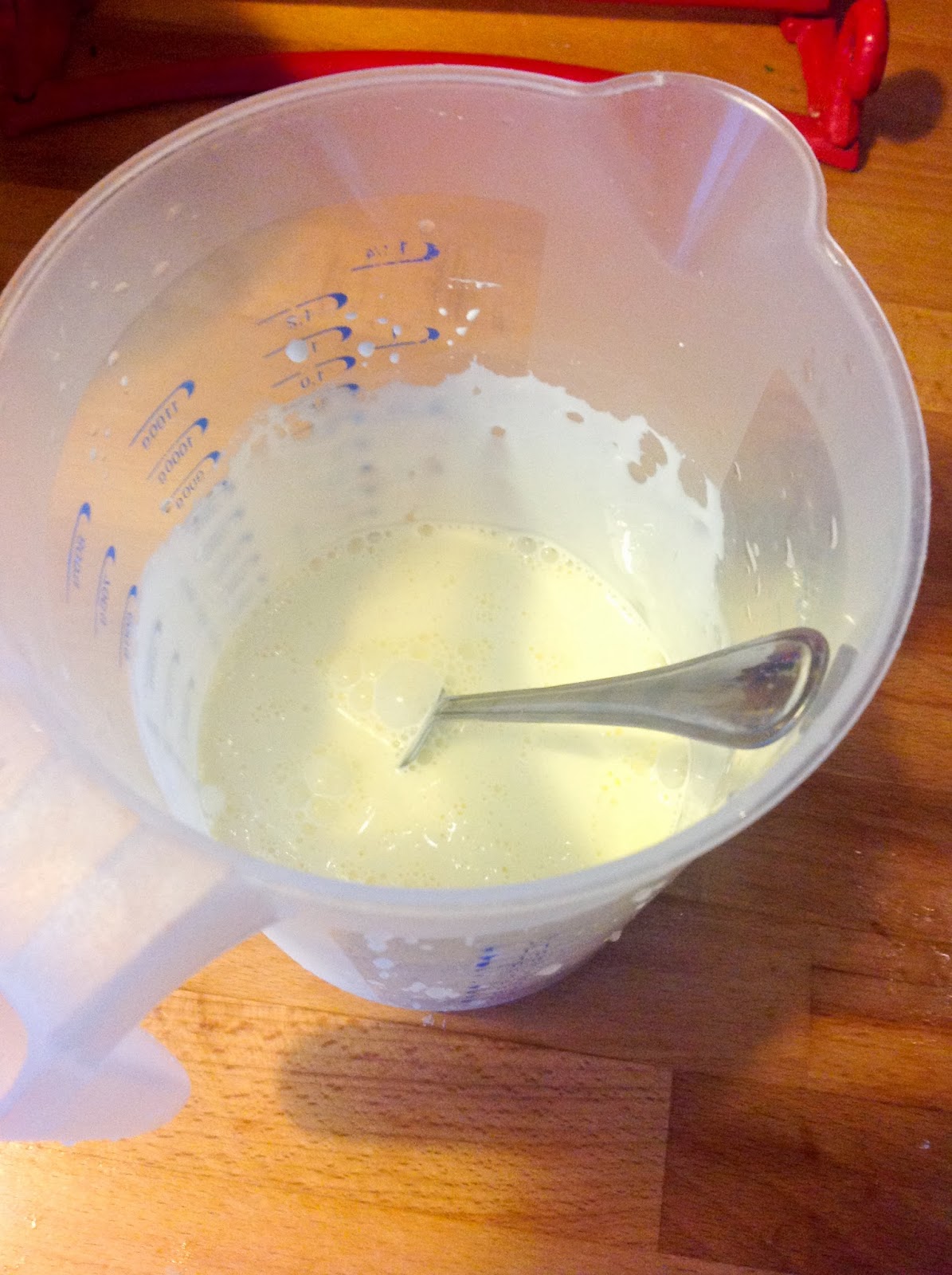 With the velouté still over a low heat, add the cream mix to the pan and cook very slowly until the soup is thick and creamy. Season to taste and serve with a bit of the cauliflower leaf oil on top and fresh wholemeal bread! 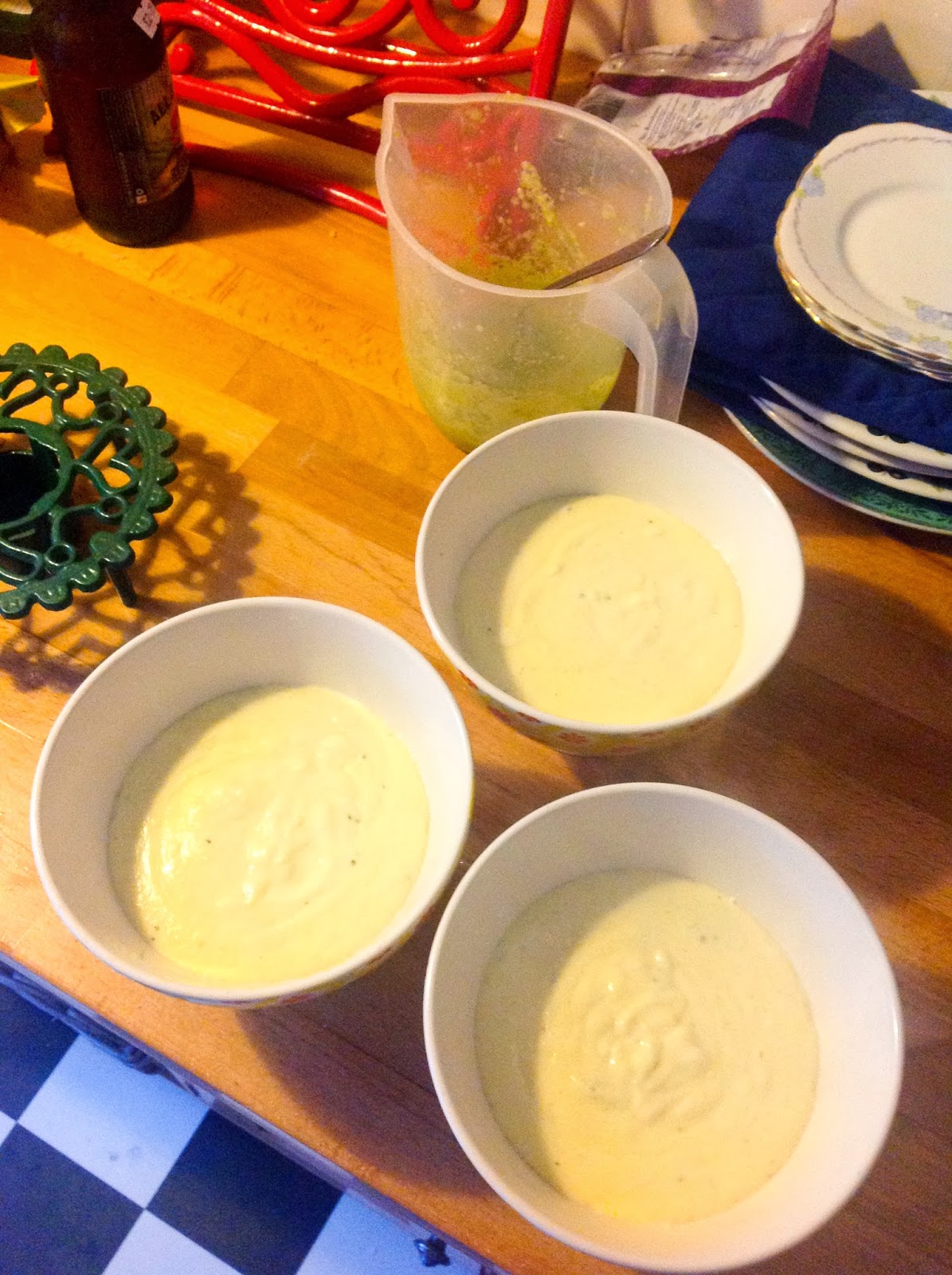 Posted by Jules at 12:33 PM
Email ThisBlogThis!Share to TwitterShare to FacebookShare to Pinterest