Just last Saturday we visited POD Deli in Levenshulme that had been reccomended to us by no other than Manchester legend Simon Rimmer on Twitter. It had to be good right? A deli that buys its bread from Barbakan in Chorlton and lives in a lovely converted old post office definitely set our hopes high and looking on the online menu we had set our hearts on having a slap up brekkie on our way to Levenshulme Antiques Village. 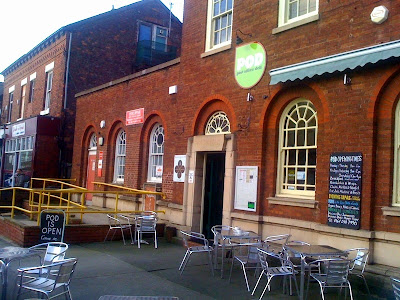 Ironically we ended up arriving 5 minutes late because the actual post office was too busy. I arrived at the counter at precisely 12:05pm (breakfast ends at 12:00pm) and with a friendly smile asked "I'm not too late for Breakfast am I??" to which I received a return friendly smile and a "yep". Oh dear. I was quite disappointed that they couldn't bend the rules slightly for the sake of five minutes especially as breakfast food continued to be despatched from the kitchen for the next half an hour being carried under my very nose.
Begrudgingly I returned to my chair to let Jules know the bad news. The stomach was expecting breakfast and now we had to go for a sarnie. But all was not lost as the sandwich selection was looking pretty tasty. Jules went for the Smoked Mackerel Paté sandwich (on granary) and I took the Meatball Sub from the specials board. While we waited for them to be delivered we sat and enjoyed taking in the atmosphere of the place, having a good neb at the cheeses and assorted meats sitting in the deli counter as well as spotting all the original bits of post office decor that had been retained. I really liked the Deli and you could tell a lot of effort had been put in to the feel and appearance of the charming building. 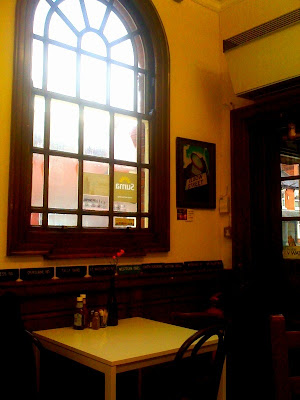 Drinks-wise we were also really impressed. Jules had a cappucino and the froth levels were positively dangerous lasting right until the last drop of coffee was gone. Although I only had a can of coke I was quite interested in the range of speciality beers they had an offer, my coke even came in lovely Anchor brewery glassware. 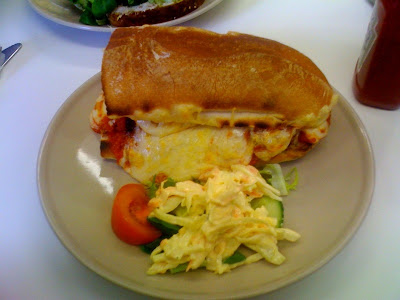 The sandwiches arrived. The first thing I will say is that you cannot go wrong with Barbakan bread. For anyone who hasn't been and has an interest in creating killer sandwiches this should be your first port of call.
So the bread was the highlight of my sandwich but thats not to say the filling wasn't tasty, it was hot and well seasoned with a sweet tomato taste running throughout. For me I would have liked just a little bit of spice in there as well but thats just me, it was a great sandwich and super filling with just the right amount of cheese (loads and loads). 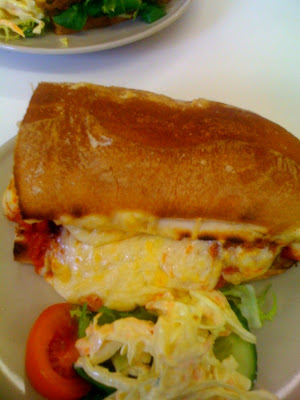 Jules' sandwich was a different kettle of fish entirely, it was much more elegant and refined. The pate was creamy, the bread lightly toasted and the mackerel really was at the forefront of the overall taste. Both dishes were served with a nice dollop of sweet, crunchy coleslaw that worked well with both sangers. 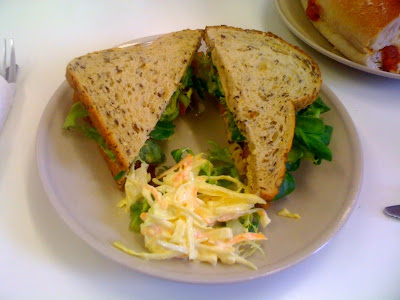 So overall we were happy that we decided to visit POD Deli and will be making a return visit whenever we are over Levenshulme way but next time we will make sure we are on time for brekkie! 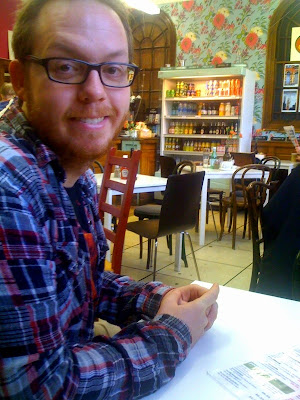 Posted by Bailey at 5:07 PM
Email ThisBlogThis!Share to TwitterShare to FacebookShare to Pinterest