I have always been very pleased to hear that Bailey's boss Kate is quite the fan of my baking. I haven't baked her anything recently though, so when Bailey asked if I would make her something to thank her for the number of lunches she has bought him lately, I was very excited. I wanted it to be something really yummy. 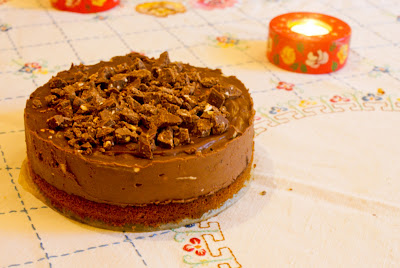 Bailey always stresses that Kate is a big fan of all things chocolatey, but I always think making someone a chocolate cake or chocolate cookies is really boring. Trawling through my cake books for inspiration, I suddenly remembered a conversation Bailey and I had had a few weeks ago about how ace it would be to make a cake that contains all the lovely flavours of the almighty Toblerone. 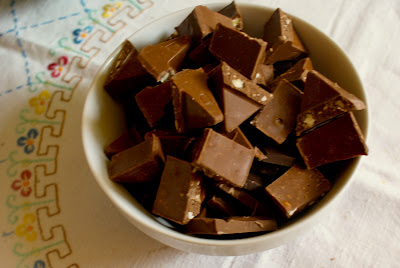 Our theory was that there isn't anyone who doesn't like Toblerone and if there is, they are rubbish. Toblerone is such a great chocolate bar because you only really have it as a rare treat when someone gets you one for Christmas or from the duty free. Also it is mega tasty. 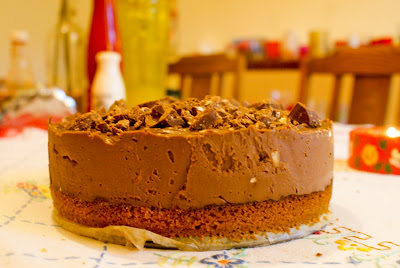 So we started to design our Toblerone cake. At first it started off as a torte, then became a tart, but finally we decided on a cheesecake because we thought that would be easier for Bailey to take to work in a cake tin without arousing the suspicion of his other colleagues wondering where their Toblerone cheesecake was. 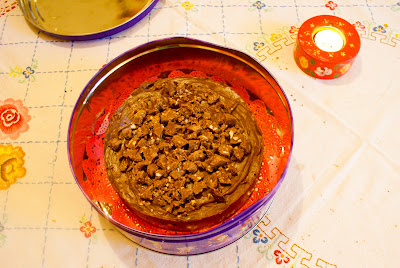 We had to have a look on the Toblerone website to find out what those divine flavours in Toblerone actually are - they are Swiss chocolate, honey and almond nougat. So we decided we would make a honey biscuit base, make the cheese mixture unexpectedly almondy and crunchy as well as throwing quite a bit of Toblerone itself in there for good measure. 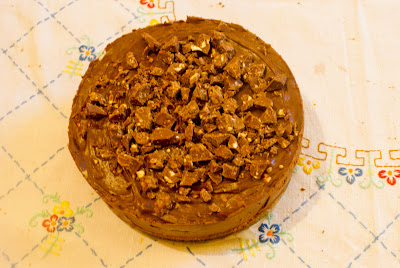 The cheese cake was very easy to make but looked really yummy and fancy. We didn't try the cheese cake as obviously it was a gift, but I did rather craftily put a bit of the cheese mix into a ramekin for us to try and that was smooth, rich, chocolatey and really Tobleroney. 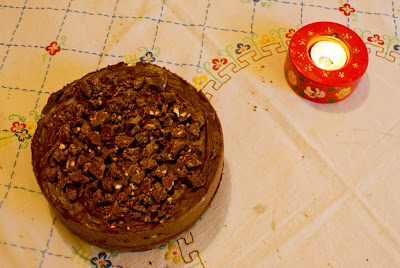 Kate was really pleased with the Toblerone cheesecake when Bailey gave it to her, in fact it turns out that's her favourite chocolate bar of all time! What a coincidence! 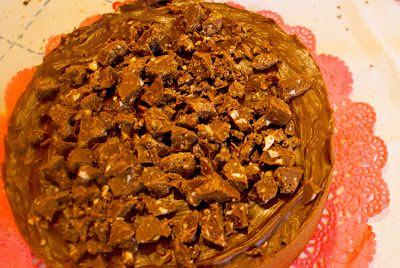 I think Toblerone cheesecake would be a great dessert to present to your Toblerone loving pals at a dinner party as everyone loves a good bit of Toblerone and it does have that reputation of being something of a classy chocolate bar. Maybe next time I will take it that one step further on the classy scale and make a Ferrero Rocher based pudding. 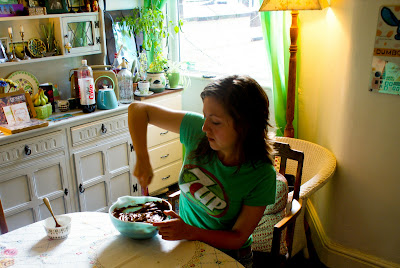 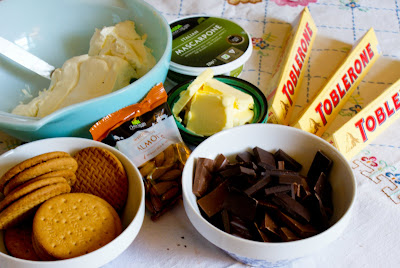 Start by preheating the oven to 200 degrees C and covering the bottom of a spring form tin with grease-proof paper. Get the digestive biscuits in a bowl and start crushing them with your fingers to make a fine powder. This can we quite a big job and starts to hurt your hands a bit so maybe do it in stages. 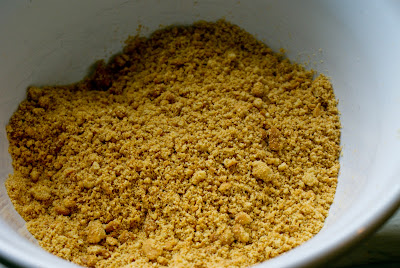 Add the honey to the biscuit crumbs and mix. 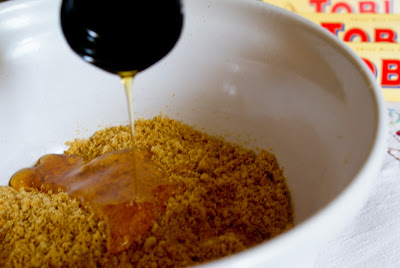 Add the melted butter to the biscuit and honey mix, before pressing down evenly onto the bottom of the spring form tin and putting in the oven for 5-7 minutes, until slightly toasty. Take the tin out of the oven and put in the fridge to cool. 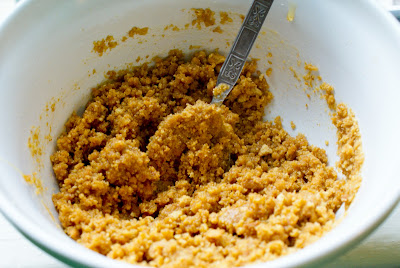 Meanwhile, beat the cream cheese and mascarpone together in a large bowl. 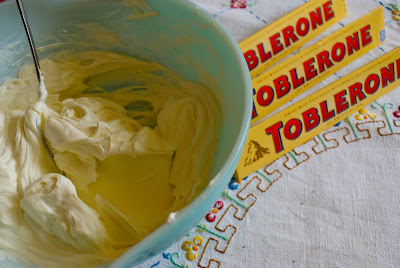 Roughly chop the almonds up nice and small and mix into the cream cheese mix. 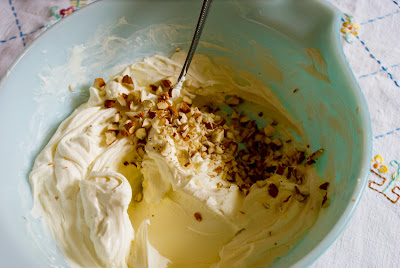 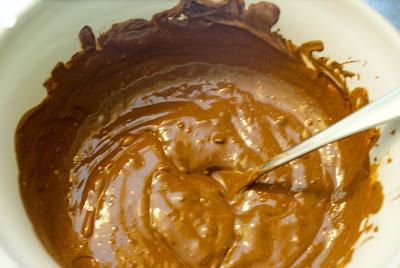 Add the melted chocolate to the cream cheese mix and stir well, before pouring onto the cooled biscuit base. 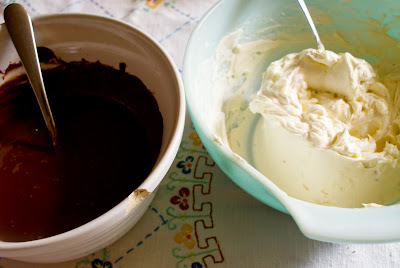 Chop up the remaining Toblerone and sprinkle over the top of the warm cheese cake before placing in the fridge for at least 3 hours to chill. 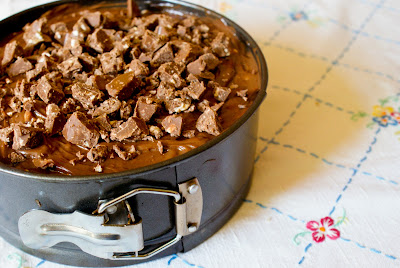 Take out of the spring form tin and serve. A Toblerone treat!


Posted by Jules at 6:31 PM
Email ThisBlogThis!Share to TwitterShare to FacebookShare to Pinterest