After last Sunday's pizza adventure, we have decided that home-made pizza is ace and that Sundays are for pizza-making and we are going to act accordingly. 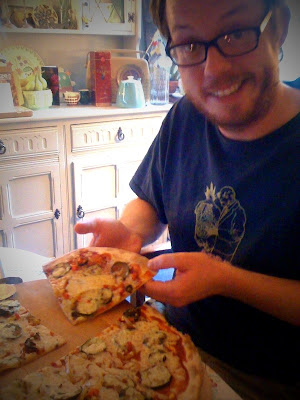 Today we had another pizza success! I used the same recipe for the dough as I did last week but this time we had half a packet of grated Grana Padano hanging about our fridge, so after the dough had proved, I added 15 grams of that to the pizza base before rolling out. It gave the base a gorgeous, cheesy flavour. 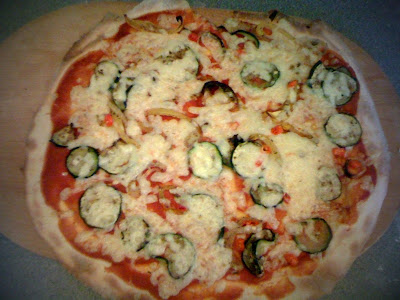 For the topping, I roasted some rings of onion, pepper slices and courgettes tossed in salt, pepper and oregano at 250 degrees C. 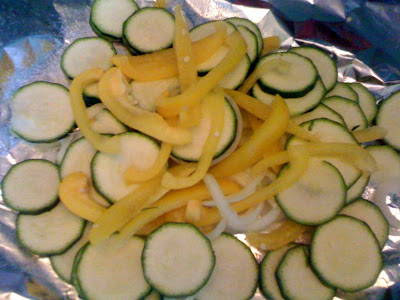 At the same time as doing the veg, I heated up the pizza stone - which got a damn good heating up today and this helped make the base super lovely and crispy. Bailey commented "This base might even be better than last week's". 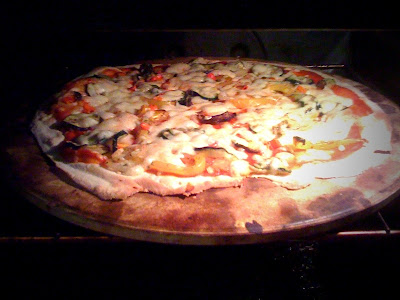 To top off the pizza, I added two chillis that were freshly-picked off our chilli plant. The passata I used had a good few pinches of paprika in and I also accidentally spilled a load of jalapeño brine over the cheddar that I had grated to put on the pizza and I imagine this gave it a bit of an extra kick. 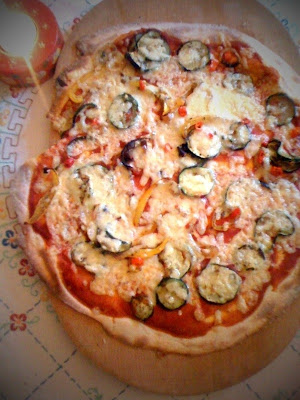 The only negative of the pizza was that the Grana Padano made it pretty salt-tastic even by my salty standards so maybe next time if I'm using that again I'll put less salt in the tomato base and on the veg.

Stay tuned for next week's Pizza Sunday in which we shall be making a spinach and ricotta pizza.


Posted by Jules at 7:46 PM
Email ThisBlogThis!Share to TwitterShare to FacebookShare to Pinterest