Our first night of our Barcelona adventure didn't quite go as planned. For starters, far from being greeted by the beautiful sunshine we were expecting on arrival, it was so rainy that the Ryan Air pilot said "Welcome to the UK" over the tannoy. 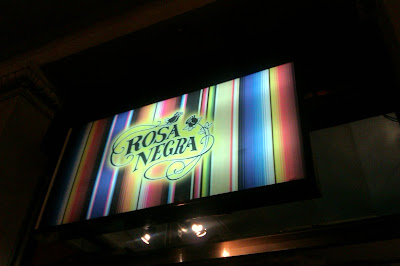 We also hadn't anticipated finding our evening's planned dining destination, Santa Maria, in the same state Manchester Foodies had found it in August - closed with a weird sign spray painted on the shutters. We tried a couple of other eateries from our list but unsurprisingly for half past 11 on a Friday night, they were all chock-a-block. 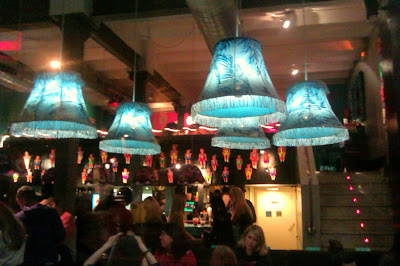 Now knocking on for midnight, we were just about ready to throw in the towel and head to Maoz when I suddenly remembered the existence of a Mexican joint called Rosa Negra where I'd once eaten a decent enough burrito. Keeping our fingers crossed that it would still be open, we made a beeline up Via Laietana and were very relieved to find it full of people and, most importantly, serving up grub to the hungry punters. 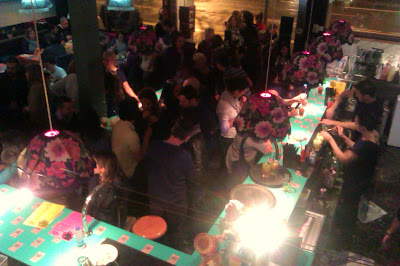 Rosa Negra is a very cool place. There are vintage lamps, bright colours, quirky furniture, flip flops on the wall, beautiful bar staff... Guaranteed if this place was in Manchester, the hipsters would flock there in their droves, and you wouldn't blame them with mojitos and margaritas on sale at 3,50€ a pop. 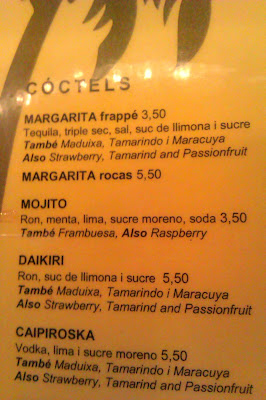 We were told there would be a 40 minute wait on a table (which seemed crazy to plebian Brits like us... sitting down to eat at almost 1 in the morning?!) but we were more than happy to get a drink at the bar... that was until we realised it was impossible to get anywhere near the bar. The bargain cocktails were such a hit you couldn't get to the bar for people stood around drinking them (and looking cool). No worries, we went off for a drink elsewhere. 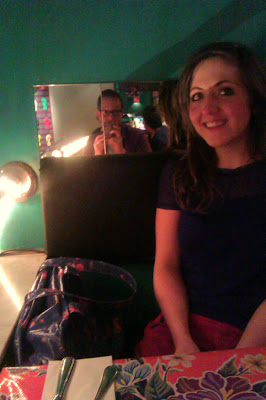 On our return our wait was rewarded with one of the best tables in the house - on the balcony overlooking the bar area, allowing us to peer over and see what was going on. We started off with a couple of the 3,50€ margaritas - Bailey went for a strawberry flavoured and I went for passion fruit. These fantastic blended margaritas were smooth and deliciously fruity with a subtle tequila hit. I loved the chilli on the rim of my glass which was a great combo with the passion fruit. 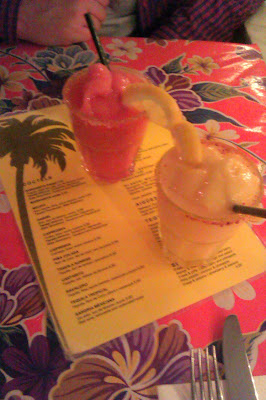 Before we'd even had a chance to slurp up our cocktails, our food arrived in record time. The burritos we'd ordered were both loaded with fillings and the perfect size - just small enough to get in your gob but still gave your jaw a decent work out like a good burrito should. 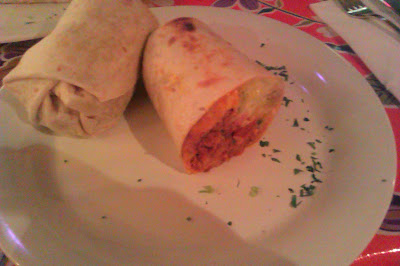 Bailey's Cochinita was stuffed with tender, pork and had a great texture. 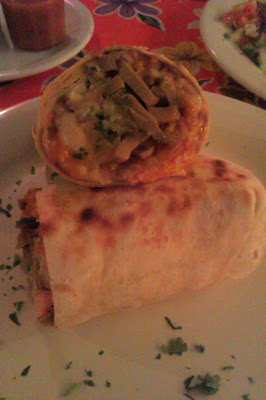 My Gambas con Champiñon was really tasty - it was absolutely full of juicy prawns, although the mushrooms were a bit on the slimy side. 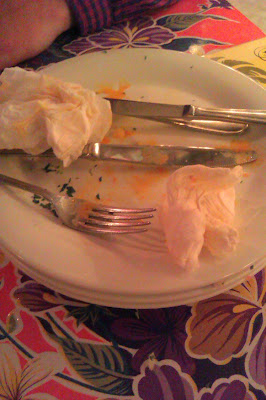 We thought although good burritos, they weren't up to the standard of our Manchester fave Luck, Lust Liquor & Burn - we thought the burritos could have done with a bit more rice and the beans in both were a bit overdone for our tastes. 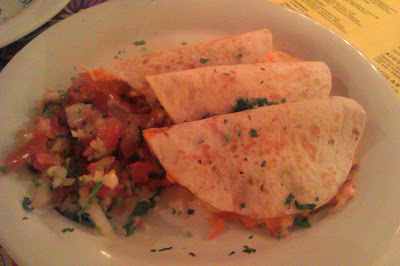 We also got ourselves a portion of Champiñones con Cebolla Quesadillas which came with a lovely crunchy salsa. The quesadillas were so stuffed full of fillings (including those pesky slimy mushrooms) they looked like tacos and the cheese was flowing out of the sides. They were very tasty and moreish for it and we loved the crunchy salsa that came on the side but were less crisp than traditional quesadillas. 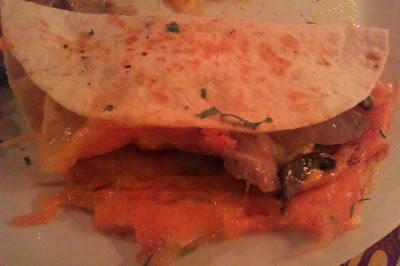 Super content and stuffed full of food, Bailey and I decided to treat ourselves to a nightcap of a bargain mojito. However, once we'd put our order in, our waiter seemed to disappear off the face of the planet and the cocktails were never brought over. Perhaps he was trying to spare us - once we reordered them with a different member of staff, they were, in our opinion, some of the worst cocktails we have ever had. They tasted like slightly minty, slightly limey water with large grains of sugar floating around. This was a real disappointment after two ace margaritas and a good meal. 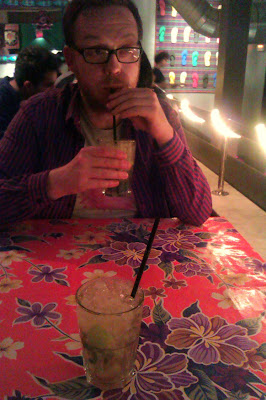 Apart from the mojito ordeal, we had a fabulous time at Rosa Negra. This is a great spot for a late night snack or a drink in a funky place as part of a night out. However, while this was by no means a bad meal, we preferred the other awesome places we were lucky enough to dine at during our wonderful holiday in Barcelona! 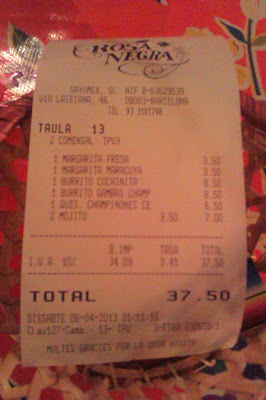 Posted by Jules at 5:37 PM
Email ThisBlogThis!Share to TwitterShare to FacebookShare to Pinterest