2012 has been a great year for us and looking back we had some great meals and 'dining experiences' but IMBC (as it will now be referred to so that wear and tear on my keyboard can be saved) might just be my favourite.  The organisers (the bright sparks behind Port Street Beer House) got everything right, the venue, the beers, the organisation, the food, the atmosphere.  Some people really would benefit from taking a leaf out of their book. 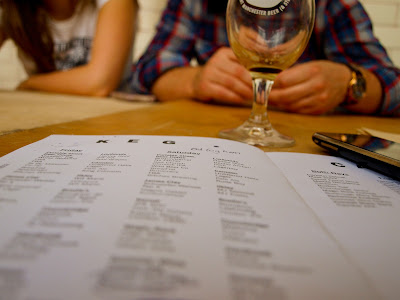 Let's start with the venue.  WOW.  WOW WOW WOW.  I'd walked past the Victoria Baths a number of times and thought it was a beautiful building from the outside but when I saw how it looked from the inside with the sun shining down into the cavernous pool areas I was absolutely blown away, it must be one of the most unique venues in England and as a result even before an ounce of ale had passed our lips we were already on a high. 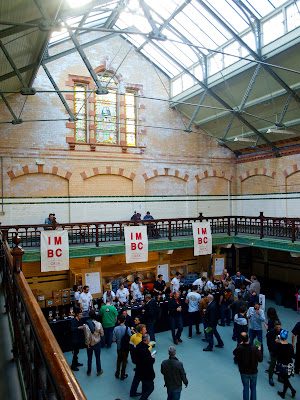 Although the building itself is still only partly restored the rough edges didn't take away from the undeniable charm of the structure.  Nice little touches included the changing rooms, the Turkish baths and the galleries that afforded everybody a seat away from the hustle and bustle of the two main floors. 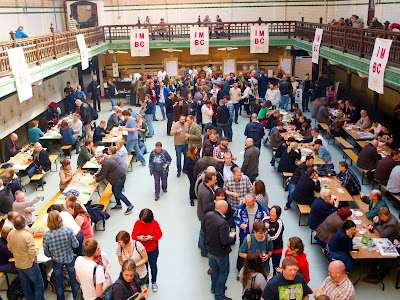 A good venue wouldn't have been much use without the beers would it?  Luckily they had also thought to bring along one or two. It wasn't just the everyday beer that made it to the pumps at IMBC, there was plenty of room for the weird and the wonderful and very little room for the average and the boring.  I think we sampled about 25 beers between myself and Jules and probably only one or two were in any way average or boring.  The vast majority were absolute stunners with interesting flavours and textures that I hadn't experienced in beer form before, there were also a couple of disagreeable beers that tasted pretty darned foul to me but that's okay because I was trying new things and they were great talking points! 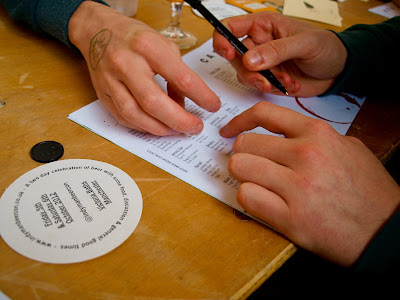 The important thing was that it was clear that the cask list had been put together with thought and with passion.  Favourite beers of the day?  Darkstar Critical Mass and the Quantum/NTP collaboration spring to mind but there were loads of highlights. 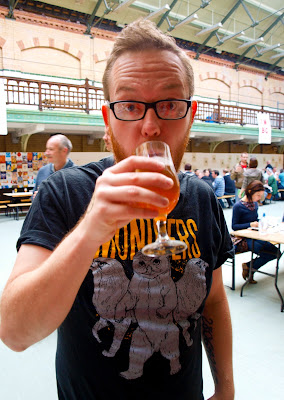 The organisation?  This isn't a very sexy topic I know but I think it's important to point out that the whole thing was brilliantly put together.  Pre event there was plenty of information and we knew exactly what to expect.  On the day we didn't wait for a moment at any point, we were whisked through the entrance with a smile and a joke and with glass in hand hit the bars but again there was no messing about, as soon as you arrived a kind gent or young lady would appear to ask what ale you desired and if you didn't know they used their psychic powers to tell you what beer you should have (they were always right). 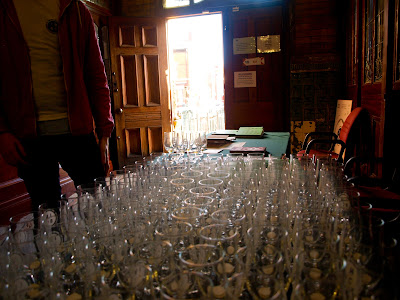 The decision to have lots of hands on deck is a sign that they weren't cutting corners but my favourite element of the day was that it wasn't in anyway oversold, there was never any elbowing or pushing and shoving and everybody had their personal space.  I think this was one of the biggest contributing factors to the great atmosphere. 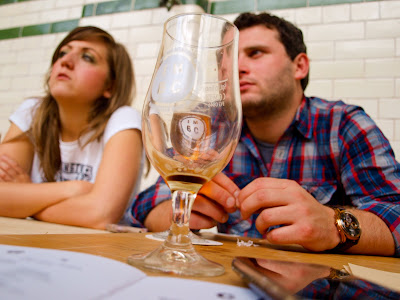 Something that is definitely normally overlooked at beer festivals is the food and to us it's a key element.  Again they didn't just set up a stall selling Walker's crisps and pork scratchings.  No they thought about what would work with beer, what would be interesting, who uses good quality ingredients, will there be any vegetarians coming along (the answer to that one was yes) and most encouragingly what LOCAL INDEPENDENT FOOD TRADERS should we all be supporting.  The answer to all those questions led IMBC to select a super veggie friendly Sindhoor alongside two of our favourite meat based food proprietors Fire & Salt BBQ and Dirty Dogs. 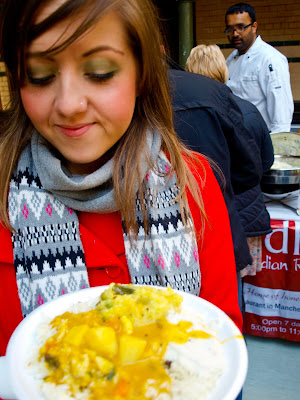 Across the board the food was fantastic and the queues were evidence of this but actually they didn't matter because you just got yourself a beer to tide you over through the queue and just had a nice chat with the other dudes around you.  There should be special mention to one of the beer providers who were dishing out a matched cake (supplied by And The Dish Ran Away With The Spoon) with their stout, a treat. 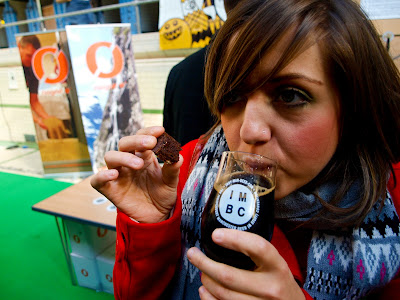 What did all of the above create?  It made happy people and that was the brilliance of this event and why I enjoyed it so much.  The atmosphere was simply brilliant, everybody was having a great time, at times it really didn't feel like a professional event but a gathering of friends.  It felt like the very best of DIY events that seek to take the profit away from the big boys and distribute it to the little folk instead.  Now I'm no fool and I'm sure a profit was made on the event but at the very least instead of going for the quick buck they invested a lot of time and money in to an event that I know will run and run and run.  I already have the date in my calendar for the release of tickets for the 2013 session.  The best Manchester beer festival ever?  Yes. 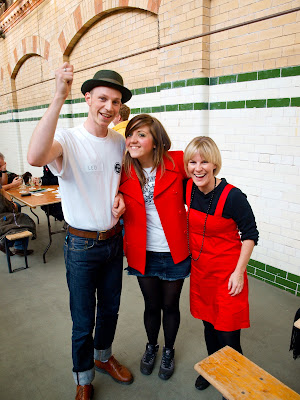 Posted by Bailey at 11:02 AM
Email ThisBlogThis!Share to TwitterShare to FacebookShare to Pinterest