With the Christmas season rapidly approaching, Bailey and I have already been thinking about what treats we are going to include in this year's Christmas gift hampers that we've been making up for our friends and family for the last couple of years now. October half term is the usual prime Christmas preparation time for me and this year was no exception with me whipping up the usual Christmas Cake and a batch of boozy mincemeat, plus picking up our body weight in truckles at this year's North West Food Lovers' Fest. 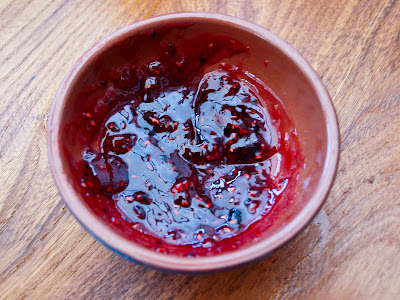 It took me no time at all to decide on the jam I was going to make for the gift hampers, seeing as I had already had the idea for this months earlier. The inspiration came to me in the summer as I strolled out of a Levenshulme corner shop one scorching day sipping on a can of Vimto thinking how much of an honorary Manc I have become (NB: no real Mancs have actually told me that I have been "accepted", but I have just decided that I have and Manchester will just have to deal with it). I was with my parents and Bailey, and we had been discussing the possibility of making a bit of money by starting our own stall at Levenshulme Market selling homemade treats including jams and chutnies. One look at my can of Vimto - littered with little pictures of blackcurrants, raspberries and grapes - and my mission was clear. To create a jam with the flavours of delicious Vimto and sell it to the lovely Mancunians who I know would just love the idea. 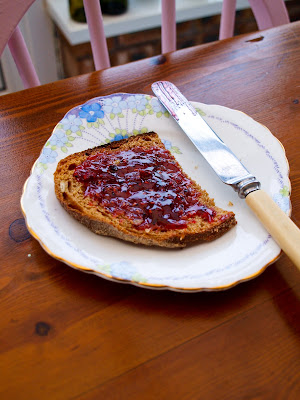 Well unfortunately we still haven't gotten round to doing our little market stall (watch this space) but I was really excited to make a batch of Vimto Jam to give out as Christmas pressies. I looked at a few jam recipes online, combined a couple of different ones together and the result was this fruity, sweet and thick jam using all the fruits found in Manchester's favourite fizzy pop. Oh, and guess what? We saved a little bit for ourselves, put it on a lovely bit of toast and not only was it actually rather nice, it does taste like quite a lot like Vimto. A-mazing. 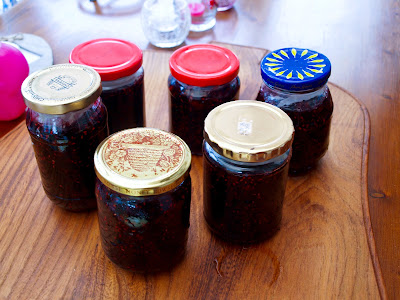 Place the grapes in a large pan or wok over a low heat. The grapes will heat up and start to make a bit of a weird squeaking sound. Let them cook for about five minutes. 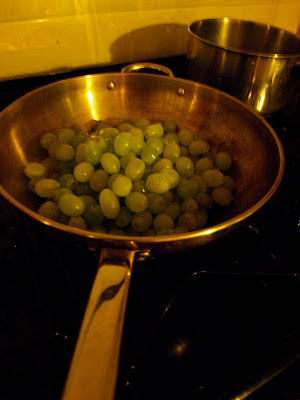 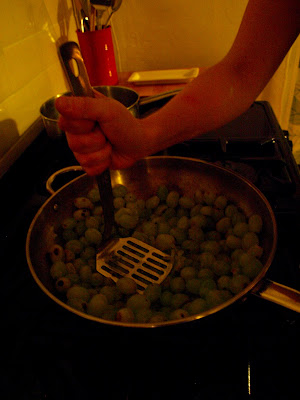 The grapes should now be softened with a lot of grape juice coming out. 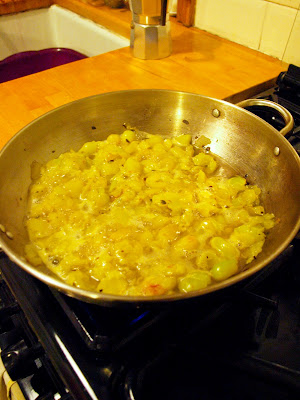 Pour the grapes and the juice into a sieve over a large dish or bowl and use a wooden spoon to squeeze the grapes in the sieve so that all the juice comes through leaving the skins and flesh behind. Keep the grape juice and chuck the contents of the sieve away. 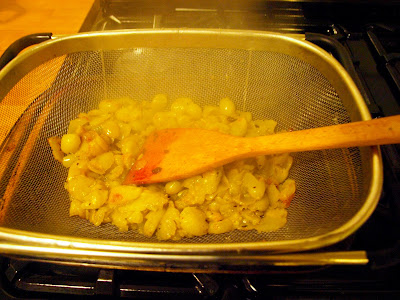 Put the berries into a large saucepan with the lemon juice. Pour the grape juice into the pan and bring to the boil. 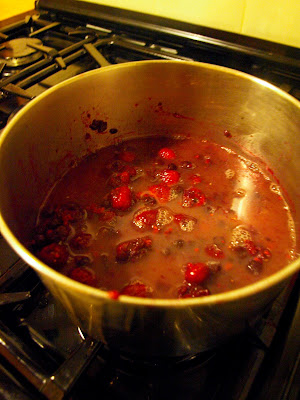 Once the fruit has started to boil, tip the sugar in and stir well. Let the mixture bubble away, stirring frequently, for about half an hour or until nice and thick and jammy looking. 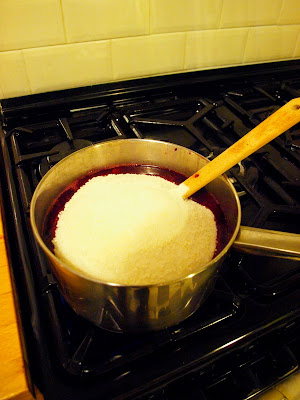 Transfer the jam into sterilised jars and cover the tops of the jam with little circles of greaseproof paper before sealing the jars and leaving in a cool place. 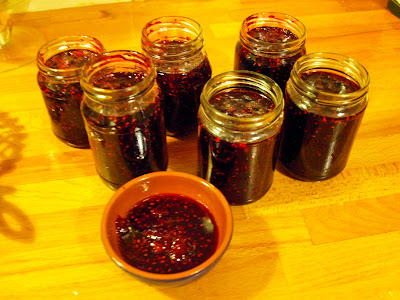 Posted by Jules at 10:25 AM
Email ThisBlogThis!Share to TwitterShare to FacebookShare to Pinterest