Strange as it may seem, way back in lovely sunny June this year I was asked by someone on Twitter to come up with an idea for an alternative to Christmas pudding. We're not the biggest fans of Christmas pud in our house anyway and by the time I've made Christmas cake following my nan's trusty recipe I can never be bothered to whip one up. Anyway, the idea I came up with was a whisky and marmalade sponge with a nice spiced Christmas whipped cream - I thought this could work quite nicely and be a much lighter but equally boozy surrogate for the traditional pudding. 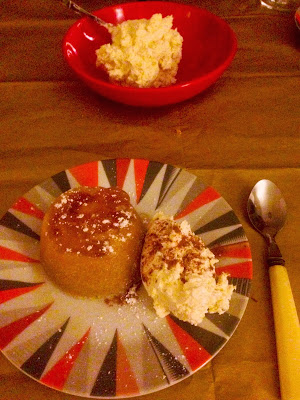 We decided we would actually make the Whisky and Marmalade Sponge seeing as my Christmas pud loving dad would be away visiting my brother for this year's Christmas. A shame really as he would have bloody loved this. 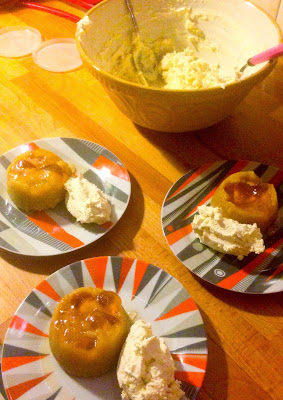 For the recipe I adapted a Dan Leppard microwave sponge recipe but as we don't have a microwave I looked at a couple of Paul Hollywood steamed sponge recipes. I'd never steamed a sponge before and was a bit scared that it would go wrong but it was as easy as falling off a log. Armed with this knowledge I will definitely be experimenting with a few more sponge ideas.

I was dead happy with how the sponges turned out - I love marmalade and Bailey loves whisky so it was the perfect recipe for us. The only problem was Bailey, the heathen, doesn't usually eat marmalade so didn't realise why the fact that he bought a jar without bits in was considered to be such a massive goof. Bits would have made this loads better and I reckon all nice and sticky on top. Definitely get your marmalade with bits in, without bits is just plain wrong! 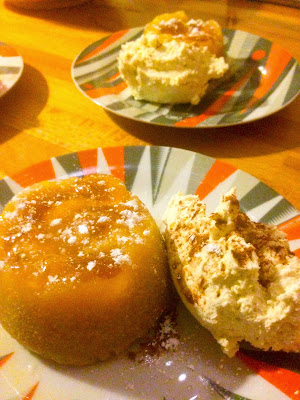 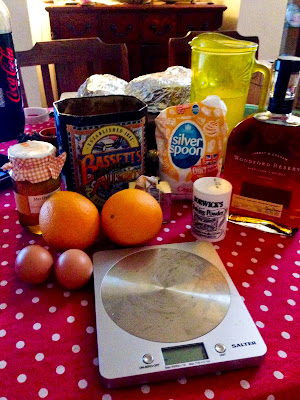 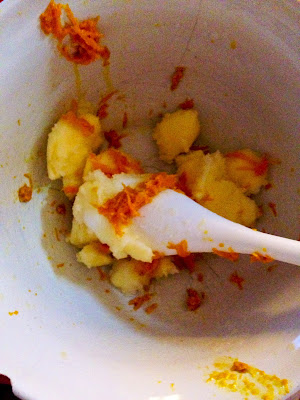 Add the eggs one at a time and beat into the mixture. Add the flour and baking powder then mix until free of lumps. 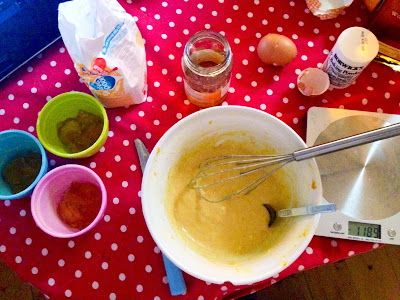 Next prepare the sponge cups. Grease using as much butter as necessary then fill the bottoms of the cups with about three teaspoon sized blobs of the marmalade.

Next, pour the sponge mix into the cups on top of the marmalade and put the lids on. Heat up a large pan (lidded!) with enough water to come up about halfway or two thirds of the way up the cups when they're placed in the pan and bring the water to the boil. Place the sponge cups in the water and put the lid on. Steam the sponges for 40 minutes.

Meanwhile, prepare the cream. Whip it up into stiff peaks and add 25ml of the whisky to it as well as two tsp of the ground cinnamon. You could also sweeten the cream here if you have a sweet tooth. 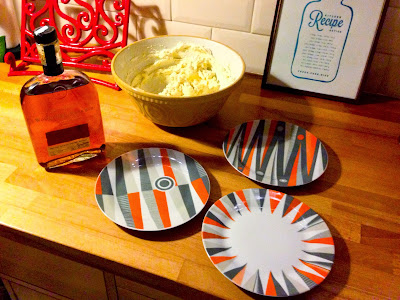 After the 40 minutes, check your sponges are cooked through using a metal skewer. Turn them out onto plates (they might need a bit of a tap, or a bash!) before adding a little quenelle of the whisky cream to the plates. 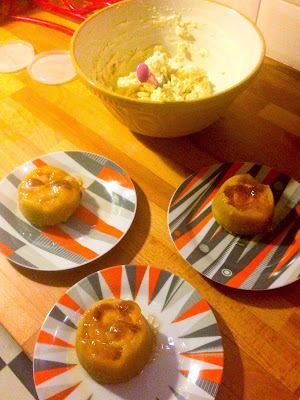 Sprinkle the cream with a pinch of cinnamon and the pud with a bit of icing sugar for presentation then serve! 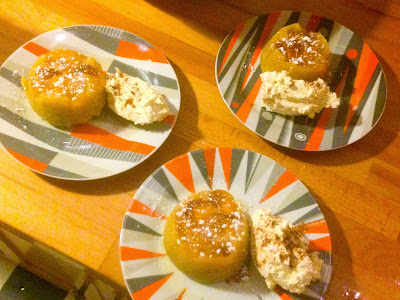 Posted by Jules at 5:29 PM
Email ThisBlogThis!Share to TwitterShare to FacebookShare to Pinterest