While holidaying in Barcelona many moons ago, we were urged by my Colombian mum to pay a visit to La Taguara, which she had discovered on one of her visits to the city to see my brother. It is a little takeaway / snack café in El Born which, like all the best things in Barcelona, is tucked away down a little side street. It was so well-hidden we managed to walk past it twice before finally working out where the door was. 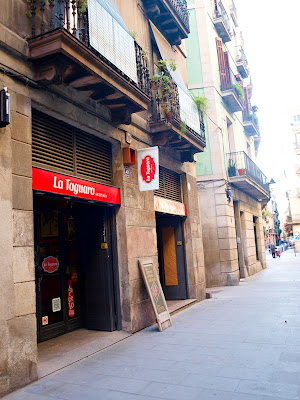 La Taguara sells Venezuelan arepas with a bit of a modern twist, sliced open and filled with a variety of different fillings.

In Colombia and Venezuela, arepas are eaten as snacks and as an accompaniment to most meals. As the daughter of an awesome Colombian lady, I have grown up with arepas and love to cook them myself, particuarly as part of a Colombian breakfast. They're not very common at all in the UK but you can get the areparina to make your own from Las Iguanas. 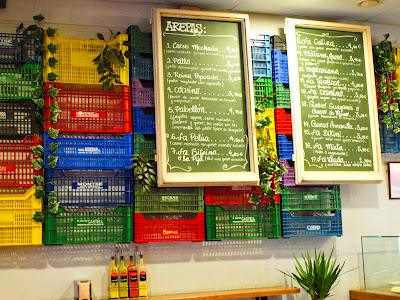 So what is an arepa? While to describe them in a way which does them justice is a challenge, they are basically dense little patties made from maize which, when done well to ensure outer crispness and inner fluffiness, are a real treat, especially with lashings of cheese and yummy toppings. They are very filling, a great way to settle a beer-filled tum and also the best hangover cure I am yet to find. 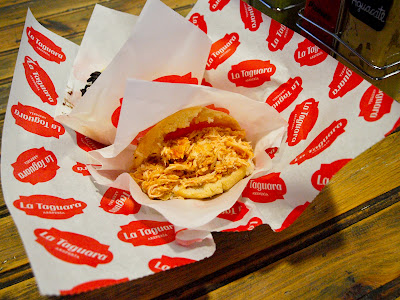 Bailey, who is like an honorary Colombian with his love of arepas and ability to whip the bad boys up almost as fast as the arepa ladies on the streets of Colombia (I have started calling him THE AREPA MAN), went for the Pollo Arepa, containing shredded chicken dressed in a light tomato sauce. This was good on its own but great when you started dousing it in the sauces on the table - corn, avocado, hot sauce and parsley & garlic. Satisfying, wolfed down in a minute. 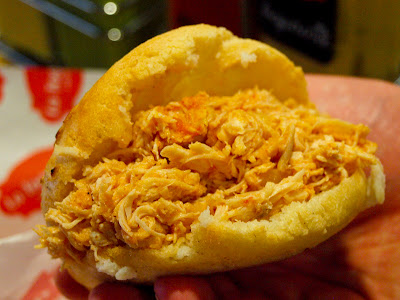 I ordered La Dominó - stuffed with black beans and queso amarillo. The black beans were just soft and the melty cheese was salty and tasty. I loved the way La Taguara had really got the arepas spot on, so fluffy in the middle but with the perfect crust on the outside. 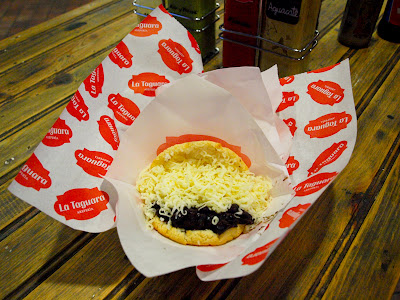 So impressed was I, that I went back immediately and ordered an Arepa Vegetariana which was filled with soft peppers and onions. As I said earlier, arepas are very filling and even though this was delicious, I was soon filled with bitter regret as I clutched my full tum. 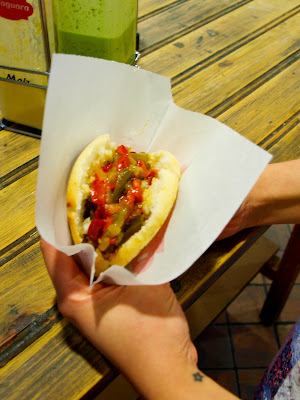 We were very impressed with La Taguara - not only were the arepas ace, the staff they had on the counter were absolutely lovely. 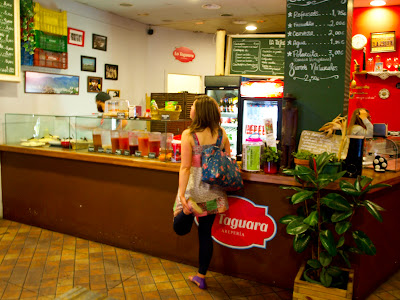 Of course I was excited to see arepas being appreciated in Europe which make me want to go back to Colombia, but it was when I saw bottles of Pony Malta (a malt drink from my childhood visits to Colombia. Aquired taste...) in La Taguara's fridge, that I was ready to get straight on the blower to Journey Latin America and book a couple of flights to Bogotá. 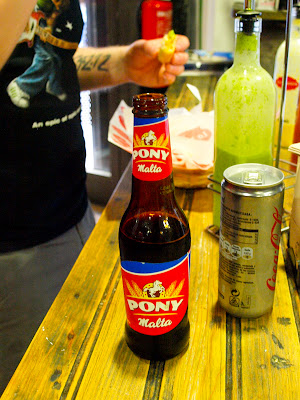 We also visited La Taguara with a bit of an ulterior motive - that is research purposes you see...

While we are waxing lyrical about arepas we might as well let you lovely lot know that we will actually be starting a little streetfood venture known as ¡Arepa!¡Arepa!¡Arepa! and selling arepas ourselves at our beloved local market! You will be able to chow down on our take on arepas at the LFAD Fest Launch on the 21st of June followed by Levy Market on the 22nd of June. Two days in a row - what a baptism of fire! We really think arepas are a delicious snack and the perfect streetfood for walking around with. We hope you will join us for an arepa and to enjoy a slice of Colombian culture. Please do swing over and let us know what you think! 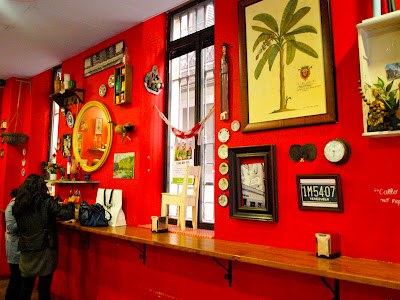 Posted by Jules at 9:38 PM
Email ThisBlogThis!Share to TwitterShare to FacebookShare to Pinterest