Last weekend Bailey and I were visiting my parents in Sheffield and we had been plotting and looking forward to our Saturday afternoon luncheon outing all week. Having heard that London Road is the new place to eat for its multi-cultural range of top-notch restaurants, we decided to go to my mum's favourite Zeugma. 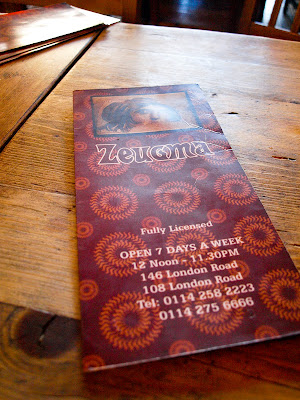 I have always remembered the delicious ladies' lunch me and Aída once went for just the two of us and have been keen to go back ever since, especially as I knew it would be just Bailey's cup of tea. 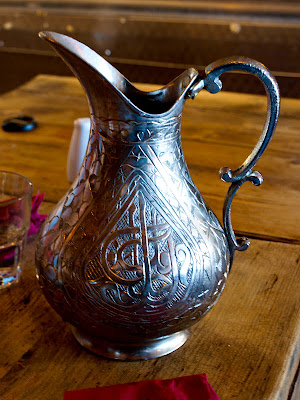 Famous around Sheffield for its Turkish cuisine cooked on an open grill right in front of you, Zeugma has become so popular they've had to open a second restaurant just a few doors up on the same road! 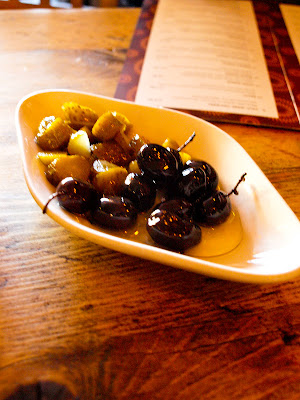 We were super impressed when pretty much as soon as we sat down we were brought some tasty olives and pickles and the most amazing freshly baked flat bread which was just slightly crispy on the outside but light and fluffy in the middle - incredibly moreish and definitely one of the highlights of the entire meal for all of us. 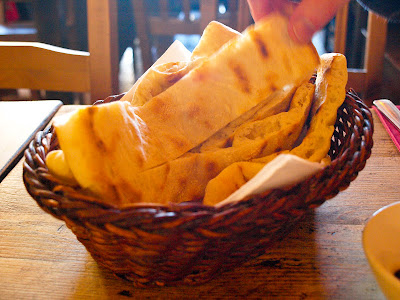 I decided to order a Vegetarian Kebab which, described as a "barbecue feast for vegetarians", sounded right up my street. Aída went for the Cop Shish of grilled lamb and Bailey decided on the Zeugma special of chicken and feta in a creamy sauce. We then waited patiently while the food was slowly grilled over the restaurant's indoor barbecue right under our hungry noses. Mmm. What a way to get your appetite going. 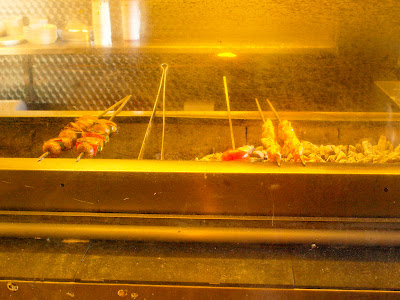 The food didn't exactly fly out but it wasn't too long a wait which we didn't mind as we had our bread and bits to nibble on. My Vegetarian Kebab arrived first but was closely followed by the other dishes. It was an absolutely huge plate comprising a massive kebab of tomatoes, aubergines, onions, mushrooms and peppers, a giant chargrilled green chilli, some halloumi, houmous and what I think was bulgar wheat. 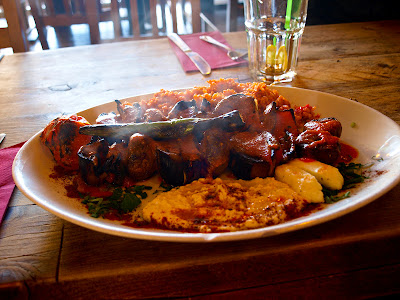 I thought my meal was absolutely delicious. Whatever the kebab was marinated in was awesome - quite subtle but just enough to have made the veggies perfectly toasty on the outside and juicy on the inside while still packed with flavour. 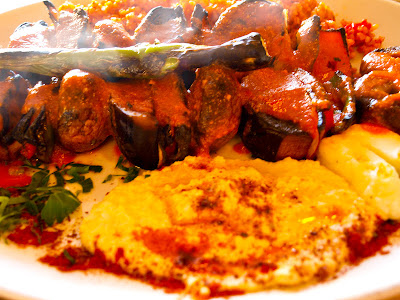 The houmous was great and I loved the bulgar wheat which has some sort of rich tomatoey sauce in it. My halloumi, although I was disappointed that I only got one little piece, was lightly toasted and salty. The chilli added a real kick to the whole dish and was really yummy in itself as it had a lovely grilled skin. 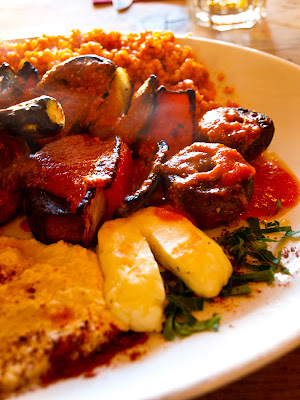 As Aída is a bit of a Zeugma connoisseur as she has been quite a few times, she knew exactly what her favourite bits from her kebab were before she tucked in. Like me, she thinks Zeugma's tomatoey bulgar wheat, which also came on her dish, is amazing. 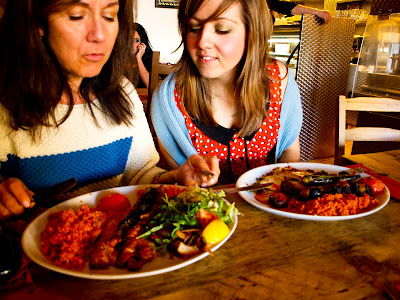 Her lamb was perfectly cooked and tender and she loved the nice bit of bread that had been popped under her meat which was soaking up all the yummy juices. 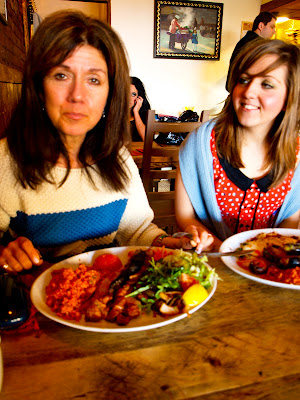 Bailey's meal was not what any of us had expected at all. It arrived as a huge oven dish of chicken, feta and mushrooms doused with loads of sticky, creamy sauce. Bailey said he hadn't expected there to be quite so much cream on it all and he had expected it to come with all the bits on the side like ours did so at first I think he was a bit disappointed. But after he had ordered another basket of the amazing bread to dip he absolutely loved every bite - super cheesy, peppery and creamy with chunks of beautiful, tender chicken with that lovely freshly grilled taste. Not one for those watching the waistline but very decadent. 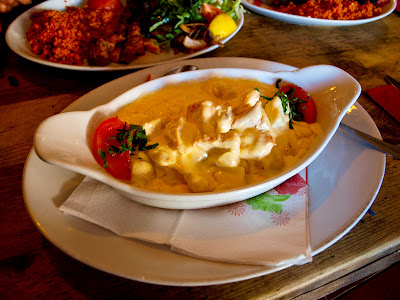 We were really happy with our lunch at Zeugma and I have to say it restored my faith in the Sheffield eating scene a little bit. Since moving to Manchester, with its wealth of amazing restaurants from every corner of the globe, I've felt a little bit sorry for Sheffield as there just doesn't seem to be much going on food-wise. 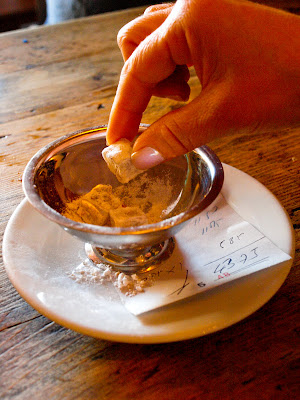 Zeugma proved me wrong and I would say there's no excuse not to eat there if you're passing through the Steel City - even if you're just there for a night out as it would be a great place to line the stomach. Worth visiting for a portion of that bread alone, Zeugma has to be one of the most amazing places to eat in Sheffield and I will certainly be returning there as soon as I can as well as keeping my eyes peeled for other exciting developments in the London Road area. 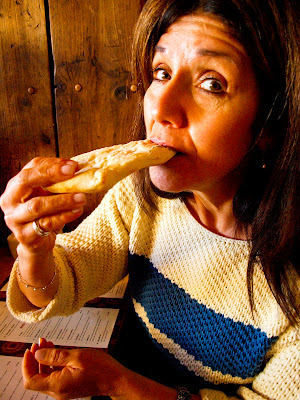 Posted by Jules at 4:16 PM
Email ThisBlogThis!Share to TwitterShare to FacebookShare to Pinterest