Last night, Bailey and I had planned to have one of our usual midweek curries for dinner. But when I got back from a long day at work (in which I had received an item of good news!) I thought "today is not the day for our ordinary boring midweek curry!" and decided to 'spice' things up a little! So to go with our curry I decided to make a batch of onion bhajis using any suitable ingredients I could find which turned out to be a tin of chickpeas, some potatoes, onions (obviously) and some spices we bought from the curry mile. 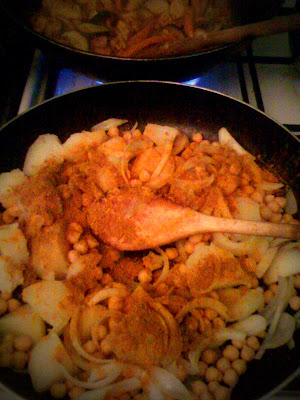 I have never made onion bhajis before so it was very much an experiment, and as I am still sticking religiously to Slimming World it was difficult to add as much oil as I would have liked to. I don't know if I have made these at all accurately either!

Actually the bhajis turned out really tasty but I would definitely recommend putting in a considerable amount more oil in them than I did to make them more gooey and moist. Nevertheless, they were really good when dipped yogurt and mint sauce and were the perfect accompaniment to our boring old curry. 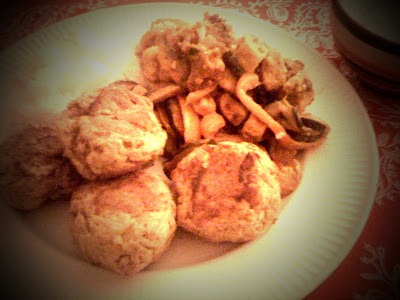 Preheat the oven at 220 degrees C. Chop the potatoes into smallish cubes and boil. Fry the onions until soft, before adding the potatoes and the chickpeas, drained, to the frying pan. Add large pinches of the spices to the pan and mix in before frying on a low heat for a few more minutes. Mash the contents of the pan until all the potatoes and chickpeas have formed a thick paste. 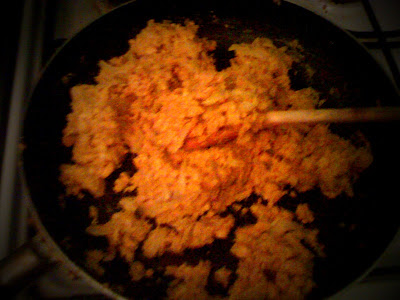 Season and remove from the heat. Add one egg and beat it into the mixture. When cool enough to touch, roll the mixture into large balls. Spray an oven dish with cooking spray and assemble the bhajis before spraying with more cooking oil. 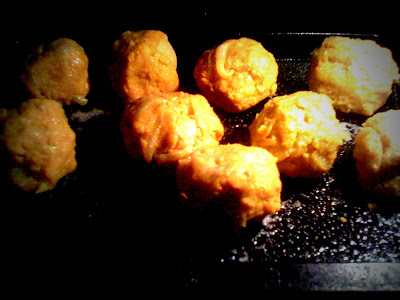 Cook the bhajis in the hot oven until golden and crispy. Serve with your favourite homemade curry, rice and a yogurt and mint dip.

Posted by Jules at 11:45 AM
Email ThisBlogThis!Share to TwitterShare to FacebookShare to Pinterest